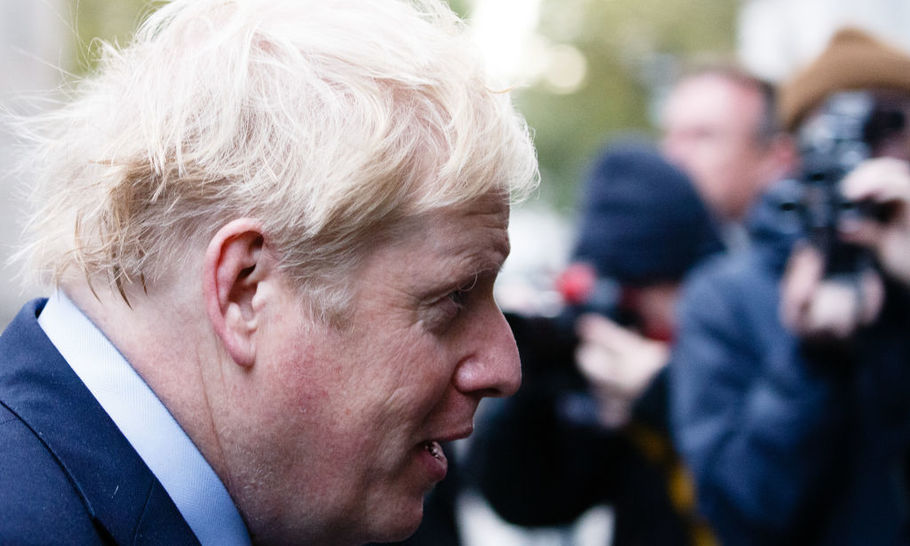 I thought I had lost the capacity to be shocked by these clowns and charlatans otherwise known as the UK government. After all, it’s a government that this week alone whipped its MPs to vote for hungry children to stay hungry, and vote against children of refugees being allowed to join their parents. A government that went to war with Manchester over a miniscule percentage of the kind of money it ships to its mates and donors in dodgy Covid contracts every day.

It is a government that has presided catastrophically over Covid, with an appalling death rate and forecasts of the deepest recession in Europe, yet which gaslights the country with talk of how well it has done. It is a government elected on the promise to get Brexit done, oven-ready deal and all, and which has made such a hash of it that many ardent Leavers wonder — if polls are to be believed — why on earth we are still doing it.

It is a government setting new records on how high the bar needs to be before a minister might actually lose his or her job for incompetence, dishonesty or failure to deliver on promises made. A government led by a man who, as the latest Prime Minister Questions showed with his brazen lies about his and Sadiq Khan’s record as London Mayor, is reaching Trumpian levels of truth-distortion and personal immorality.

It is also a government famed for mixed messaging, and it is one such piece of mixed messaging, with deadly consequences, that shocked me when I spotted it on a charity website yesterday. Blood Cancer UK was drawing attention to the new government guidance for extremely vulnerable people, of whom there are 200,000 with blood cancer.

Here is what they are told:

“You are advised to significantly reduce your shopping trips. Where possible, you should consider shopping online… You are advised to ask people in your household or support bubble to collect food and medicines for you. If you need more help with accessing food or medicines, NHS Volunteer Responder are still available to assist you.”

In other words, you would reasonably conclude from that, you are at real risk, so stay home. But here is what the same guidance says to the same extremely vulnerable people about going to work:

“Where at all possible you are strongly advised to work from home… If you cannot work from home, and are concerned about going into work, you may want to speak to your employer about taking on an alternative role or change your working patterns temporarily (for example, to avoid travelling in rush hour). If there is no alternative, you can still go to work.”

It means that if you’ve got a high-income job you can work from home, and if you’ve got an understanding employer then hopefully they’ll look after you. But if you don’t have either, you’re on your own. Another triumph for the levelling-up agenda!

This has put people with blood cancer who work in shops, cafes, restaurants and elsewhere in an impossible position. Do they keep going to a workplace where they come into contact with lots of people every day? Or do they give up their jobs and face not being able to pay their bills?

“Nothing matters more than keeping people safe, and we will keep the evidence about the risks to people under constant review.” So said Matt Hancock when announcing shielding plans in June.

What a difference four months makes! Since he said that, evidence has emerged that blood cancer increases the risk from coronavirus more than almost any other health condition. A research paper published in August showed that people with blood cancer who were admitted to hospital with Covid were at higher risk of dying than for any other type of cancer. And yet, despite them being almost uniquely vulnerable, and despite the government “keeping the evidence about the risks to people under constant review,”… “If there is no alternative, you can still go to work.”

The Government has said that in some areas it may be that the rate of infection gets so high that shielding would be reintroduced. But it has not set out how high the rate would have to be to get to that point.

And even if shielding were reintroduced in areas with particularly high rates, clinically extremely vulnerable people would only be entitled to statutory sick pay, which is nowhere near enough to support a family.

Inevitably, a petition has been launched. I have signed it. So have lots of other people. But when you think of some of the big causes and campaigns that have been rejected by this government, and when the charity is struggling to get MPs or media interested — “too much else going on” the usual excuse — there is a risk this just becomes one more disastrously bad policy to be added to a growing list.

I don’t know what’s worse; the bad policy, or the fact that the country doesn’t seem terribly bothered by it. And with all the other messes it is making and failing to clear up, the government least bothered of all.