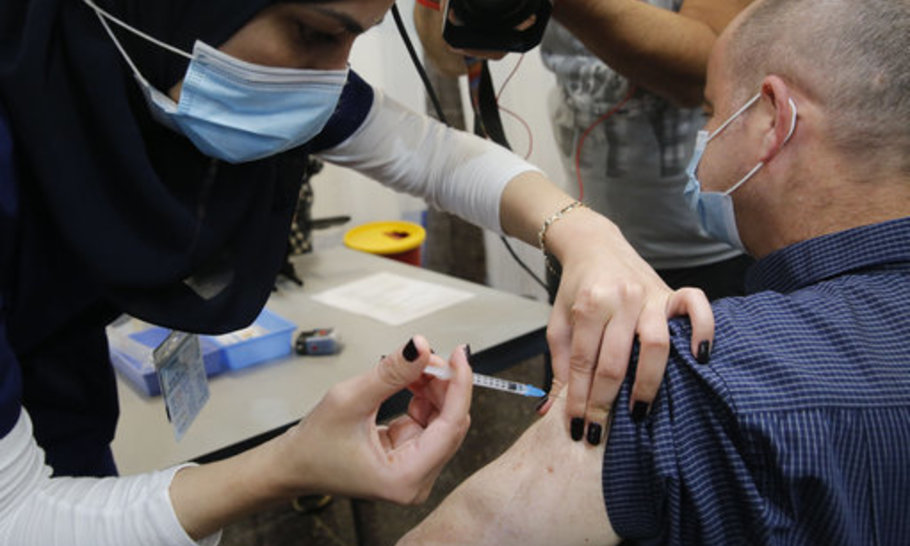 The European Union’s vaccination programme has got off to a deplorably slow start. Perhaps due to frustration over procurement and distribution, the spirit of solidarity has been eclipsed by acrimony. Although the Commission has belatedly secured 2.3 billion doses of the only two vaccines so far approved by EU regulators, Pfizer-BioNTech and Moderna, rumours are flying and a row is brewing over the “selfish” conduct of the Continent’s usual whipping boy: Germany.

The richest member state, which also has the largest pharmaceutical industry, stands accused of helping itself to the lion’s share. Berlin insists that the allocations are fair, but it has unilaterally secured its own extra supplies from Pfizer. The EU Health Commissioner, Stella Kyriakides, has stopped short of a public rebuke, but is demanding details of any negotiations by members outside the Union’s collective scheme. Polish and Belgian politicians have denounced the Germans’ “disloyalty” and “lack of solidarity”. Meanwhile the Cypriots threaten to buy vaccines from Israel.

The accusations against Germany are largely groundless. The 30 million extra doses earmarked for the Federal Republic by Pfizer will not be supplied until the EU’s order has been received. Another firm, CureVac, will supply 20 million doses but its vaccine has yet to be approved. Both vaccines were developed in Germany and subsidised by the state. In addition, Berlin has bought up five million doses from Pfizer and 21 million from Moderna that other members rejected.

The worst that can be said of the Germans is that their belt-and-braces insurance policy indicates a lack of confidence in the ability of the EU to execute its programme speedily and efficiently. Nobody pretends that vaccinating 450 million people with widely varying attitudes and anxieties about the jab is a simple task. Yet the Germans themselves have been slow off the mark compared to their Scandinavian neighbours. The Danes have vaccinated 2 per cent of their population, Germany just 0.7 per cent.

The British are far ahead on 3.9 per cent. Having started first, we are now taking advantage of the Oxford vaccine, which the EU has yet to approve. Cost is clearly a consideration for the poorer European countries, so it is a pity that they have yet to benefit from the decision by AstraZeneca to supply the Oxford vaccine at a fraction of the prices being charged by the US companies Pfizer and Moderna. There is a certain irony in that European regulators are depriving their populations of a vaccine whose development was subsidised by the British taxpayer after UK had left the EU.

But there is no cause for complacency here in Britain, where the Covid death toll will shortly surpass 80,000, still double that of Germany. There is no time to be lost in rolling out vaccinations across Europe. Despite the impression of chaos in the United States during the twilight of the Trump administration, the Americans have vaccinated more of their population than any European country except the UK, which in turn has exceeded the entire EU.

But there is one nation that has put the whole world to shame. Israel has already vaccinated 21 per cent of its population, despite initial resistance from many people in both the ultra-Orthodox and Arab communities. Rabbis and imams were enlisted to support the campaign and, once a critical mass had been inoculated, fear of being left out kicked in. Another factor was the competition between healthcare providers, even though all four are public bodies. Like the NHS the Israeli system is free, but it is less bureaucratic.

There are lessons to be learned from this achievement, which is neither as miraculous as Israel’s admirers nor as mendacious as its detractors claim. Accusations that the Israelis have prioritised Jewish settlers on the West Bank while ignoring Palestinians are grossly unfair: the Palestinian Authority has been in charge of its own health policy for decades and its budget is adequate. Unlike the UAE and Bahrain, both of which have raced ahead of Europe and the US in vaccination, the Palestinians are dragging their feet, like most of the region. Israel has offered to help them once it has vaccinated its own population; it remains to be seen whether the Palestinian Authority will put people before politics.

Here in the UK, the health service is creaking and buckling under the strain of rapidly accelerating case numbers, but it is just about coping. The mass vaccination centres now being opened will help to reach the weekly target of two million, but that is still too slow. Sir John Bell, the Regius Professor of Medicine at Oxford told The Times last week: “The NHS has the theoretical capacity to immunise everybody in five days if they want to, but I don’t get the sense that they are really motivated.” As Professor Bell says: “You have to view it as a war. The Israelis are good at getting on a war footing; everyone is waiting for the 2am call anyway.”

Compared to this, the Leader of the Opposition’s demand that the rate of vaccination be doubled to four million a week seems conservative. As he likes to remind us, Sir Keir Starmer has run the Crown Prosecution Service — rather more than a whelk stall, or indeed a weekly magazine. Why doesn’t the Prime Minister invite him to help run the vaccination programme? Perhaps Sir Keir could work with the Armed Forces to improve logistics and move towards a 24/7 service. If the Labour leader does well, the PM will get credit for giving him a useful job. What has Boris Johnson got to lose?