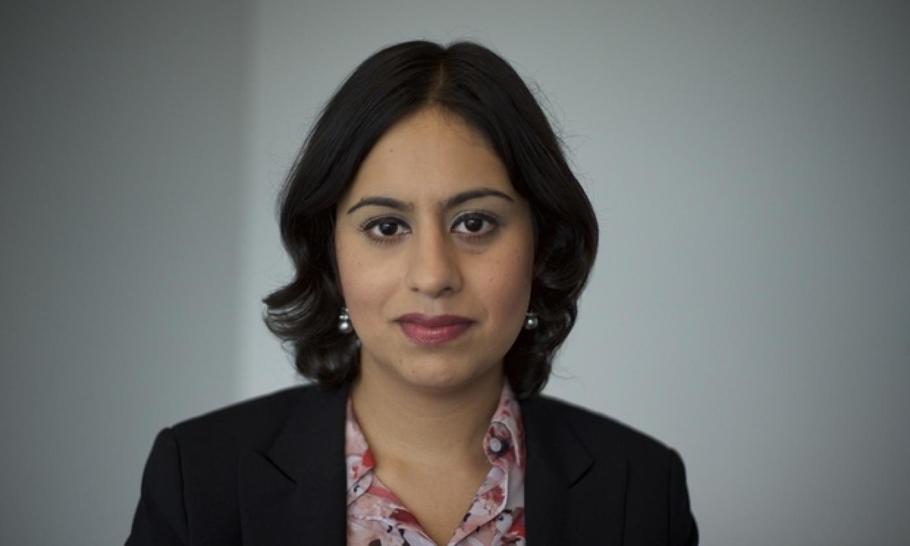 In 2015, David Cameron kicked off the debate about how to define non-violent extremism and how the law might be used to outlaw it.

It was a bold shot aimed at dealing with what mainstream Britain recognised was a new and elusive obstacle to building a cohesive and harmonious country. But there was nothing like sufficient consensus about how to make unlawful what was lawful.

The then leader of the banned Al Muhajirin, Anjam Choudray, crystalised the dilemma. For years he’d banged on about how he wanted to abolish democracy and be ruled by an Islamic ruler — or Khilafa (Caliph).

This was not against the law, nor even was his praise for the 9/11 suicide bombers as the “Magnificent Seven”. Indeed, Choudary was not convicted until he crossed the line by actually inviting support for a proscribed organisation, ISIS. On the other hand, by then Choudray had already helped foster a climate of support, first for Al Qaeda and then ISIS — yet that was lawful — just.

Cameron’s initiative faltered, not for want of his intuitive grasp of the forces that were polarising Britain, then driven mainly by Islamists and some impassioned and fluent speeches on the subject. It faltered because his definition of extremism, as any ideology that attacked and undermined British values of democracy, pluralism and tolerance, was too broad for the law to get a handle on.

So, his Counter-Extremism Bill also never became law because, after weeks of wrapping wet towels around their heads, government lawyers could not find a way of banning speech and conduct that promoted extreme ideas, but which fell short of being criminal.

Since then, three things have happened:

According to the Commission, the growth of extremism amongst young people is especially alarming: 54 per cent of all referrals to the Prevent programme (which aims to stop individuals becoming terrorists) for April 2019-March 2020 were aged 20 and 24 per cent under 15. From January 2019 to June 2020, over 1500 children under 15 in England and Wales had been referred to Prevent; 682 under-18s in England and Wales were referred to the Channel programme (which supports people vulnerable to radicalisation) for far-Right concerns in April 2017-March 2018, over five times as many as were referred in the same period in 2014-5. Last September, it was reported that children as young as 12 were being drawn into far-Right circles; and in May 2019 a poll of 1011 young British Muslims and 1011 young non-Muslims aged 18-30 showed one fifth of them consistently agreeing with “nonviolent extremist statements”.

Between 1 June 2018 and 22 July 2020, the London based Institute for Strategic Dialogue identified 36 Facebook groups dedicated to Holocaust Denial with a total of 366,068 followers. As of May 2019, the European white nativist group Generation Identity had 70,000 followers for its official Twitter accounts. 6,000-8,000 items of anti-Semitic content alone were uploaded on average every day between April and July 2020 to just one forum board on just one platform.

The catalyst for all this hate is, of course, social media — but we are, as they say, where we are. So, what to do?

Three years on, the Counter Extremism Commission believes it has the answer. Khan appointed the UK’s former lead Counter Terrorism officer, Sir Mark Rowley, to produce a more precise working definition of extremism and to ferret out those non-violent-extremist activities that are currently lawful but which could credibly be captured by legislation.

In their report “Operating with Impunity” published today, Khan and Rowley recommend that extremism should be qualified with the prefix “hateful” and that “hateful extremism” should be defined as:

“activity or material directed at an out-group” (e.g., Muslims) who are perceived as a threat to an in-group (e.g., a Far-Right group) “motivated by or intending to advance a political, religious or racial supremacist ideology:

a. To create a climate conducive to hate crime, terrorism or other violence;

b. Attempt to erode or destroy the fundamental rights and freedoms of our democratic society as protected under Article 17 of Schedule 1 to the Human Rights Act 1998 (‘HRA’).”

If this working definition ever becomes law, an early casualty might be those Islamist organisations who, as an “In-Group”, attempt to stir up loathing for their fellow Muslims (like Khan) who do support the fight against non-violent extremists as an “Out-Group” intent on reforming what the Islamists regard as “normative Islam” by referring to them as “non-believers” and “coconuts” (brown outside, white inside). The Islamists will accuse the Commission of curtailing free speech. The Commission will respond that freedom of expression does not protect statements that harass or stir up violence or hatred against others by reference to their race, religious belief, gender or sexual orientation. However, to protect free speech, the Commission accept a high legal bar will need to be set  in which both intent to promote a supremacist ideology and serious harm through persistent behaviour or creating a climate conducive to terrorism, hate crime or violence will have to be demonstrated for a prosecution.

Rowley has found several other examples of hateful extremist activity that are currently legal but which he and Khan argue should not be:

• Outwardly praising the actions and ideology of terrorists, such as Anders Breivik, who shot 77 people at a Norwegian summer camp, the 9/11 hijackers or Brenton Tarrant, who shot 51 Muslims in a New Zealand mosque. As long as praise for the ideology and actions of such mass slaughterers stops short of directly encouraging the commission, preparation or instigation of acts of terrorism, it’s within the law.

• Possessing Islamist propaganda materials like violent sermons and beheading videos and sharing them online. Provided there’s insufficient evidence this material is being held “for a purpose connected with the commission, preparation or instigation of an act of terrorism”, no offence has been committed. For example, in 2019 police found 150 Daesh propaganda videos on the personal hard drive of a terrorist. These included extracts from terrorist publications, such as Dabiq and Al Hayat, and speeches from Daesh leaders. The Commission says that these videos contained graphic violent content and were clearly designed to legitimise and glorify the terrorism and violence by Daesh “with the aim of advancing their political and ideological cause and creating a climate conducive to terrorism.” However, only one video met the Commission’s threshold for a terrorism offence — a 29-minute live demonstration on how to kill a person with a knife and how to construct a homemade bomb. The Commission believes that possession of material glorifying or encouraging terrorism, other than for academics and journalists, should be criminalised as is possession of child pornography.

• Repeatedly uploading videos online containing anti-Arab conspiracies and blaming Arabs for various harms across the world and political grievances, intending to stir up hatred, while promoting a racial supremacist ideology. However, if the videos avoid using threatening, abusive or insulting words or behaviour, they are within the law.

• An organisation circulating inflammatory pamphlets which promote false claims intended to stir up hatred against an ethnic or religious community and which also promote racial supremacist narratives. However, provided the pamphlets don’t include threatening, abusive or insulting components, the law provides no protection for the victims of such persecution. The Ahmadiyya community are a classic example. Ahmadis follow a reformist version of Islam but are widely regarded by Muslims as disbelievers — or infidels.  Their persecution here is driven by extremist clerics in Pakistan and their UK supporters. In April 2016, leaflets calling for Ahmadis to face the death penalty if they refuse to convert to mainstream Islam and using the derogatory term “Qadianis” to describe Ahmadis, were displayed at the Khatme Nabuwwat Centre in South London. Quotes from the leaflets — all lawful — distributed in the UK include:

“Boycott of Qadiani community as a whole. Do not let Qadianis attend your functions, weddings and funerals. They should be resisted at all levels”

“If within three days he [an apostate] returns to the Islamic fold, leave him unscathed, otherwise it is obligatory to award him capital sentence” [in reference to Ahmadi Muslims who are referred to as [apostates].

• Praising the terrorist actions and ideology of Osama Bin Laden to a group of schoolchildren. Unless this is accompanied by explicit or implicit encouragement to emulate his actions, this too is lawful.

• Activity which intends to radicalise and recruit children through sharing online propaganda. As long as they are not actually encouraged to commit, prepare or instigate acts of terrorism, this is lawful. So, the Patriotic Alternative — a UK registered company which describes itself as a “White nationalist political group” aiming to combat the “replacement and displacement” of white Britons by people who they state “have no right to these lands”— appears to have operated within the law. This despite their YouTube channel aimed at recruiting teenagers portraying migrants (the Out-Group) as a threat to the survival of white society (the In-Group) and claiming that “BAME people [are] replacing white people in every aspect of society”, and suggesting “the entire country [is] being colonised” and “invaded” by ethnic minorities.

The Commission says Patriotic Alternative’s language of threat and implied violence has included references to “white genocide” with the audience calling for a “Zoomer revolt” — a reference to members of Generation Z, those born in the late 1990s and early 2000s. However, although this activity meets the Commission’s definition of “hateful extremism” there is nothing unlawful about it, because Patriotic Alternative are not directly inciting violence or demonstrating support for a proscribed organisation, even though Counter Terrorism Policing refer to such content as “mindset material” and is used in almost every terrorist prosecution to evidence intent towards terrorist acts.

The ball is now in the law officers’ court. They will need to see how, and to what extent, they can fill the legal lacunae allowing such hateful and divisive activity to flourish. Meanwhile, ministers need to get back on the political stomp to take the fight to the extremists who feed on division, to finish off what David Cameron and Tony Blair began. “We feel we’ve done the blood, sweat and tears to get to this point,” says Sara Khan. “It’s now really a question of whether the Government has the political will to address this issue.”

The national question is back in politics

Communism as a religion