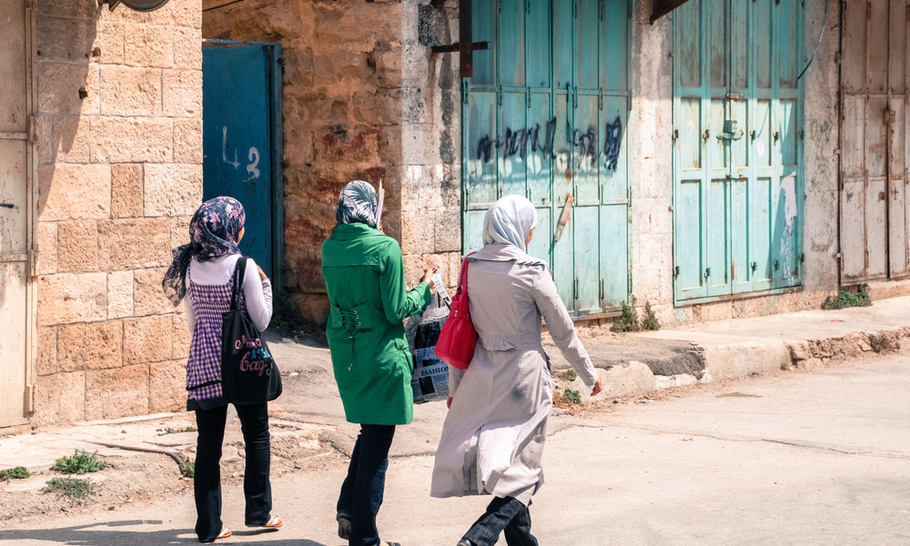 While Palestinian radio stations broadcast programmes about how to make sure your children don’t grow up to be gay, lesbian, bisexual or transgender, a group of brave young Palestinians speak up for LGBT rights. “It is a constant struggle,” said Haneen, an English literature graduate, feminist and self-identified LGBT activist. “We are pushed back from all sides. Religion is used to control the community. Brainwashed women align themselves with the patriarchy and even leaders of women’s organisations fall at the LGBT hurdle.”

I have run a women’s rights activism programme in Hebron for two years now and have had the privilege of meeting almost all the women’s organisations in that city. Marriam Abu Turkey runs an organisation that promotes gender equality and works to reduce violence. It sounds liberal and progressive.

While leading this organisation by day, Marriam appears regularly on the radio as a psychotherapist, advising on child behaviour. This November she discussed the “problem” of LGBT kids and the need to raise your children in the “right” way to avoid them “choosing this unnatural path”. Not so progressive, after all. When challenged on this, she responded: “It’s unacceptable in every religious text. You people from Europe think it’s ok, but it’s not natural. You have to agree: it’s not normal.”

This is what Haneen is up against. I told her about the protests against LGBT education in primary schools in the UK. I explained the furore over a children’s book that introduced the class to the possibility of having same-sex parents, which prompted hundreds of Sunni Muslims to protest outside schools. When one of the organisers of these protests was challenged on Good Morning Britain over the homophobic content of these protests, he claimed it was not homophobic to assert that homosexuality was a sin, as it was described as such in his religious text. Haneen was visibly distressed:

“We live here in an underdeveloped country and we have these liberal thoughts amongst the likes of myself and friends but then in the West you have people with ideas that are less developed than ours — it’s a disaster.”

This is not the first time Islamism has been introduced to the Palestinian women I work with in Hebron. A group of conservative young Palestinians, wearing the hijab and passionately observant of their faith, were discussing the attacks Islamists make on Muslim feminists in the UK. One of them said:

“We struggle with this old illiberal thinking here, especially in Hebron, but how and why would it exist in the UK? It’s very hard to believe and is so shocking.”

Haneen told me that “people are failing to analyse the Koran properly. You cannot apply something literally that was written over 1,000 years ago and clearly written within that context.” She still maintains that: “It does not mean that [the Koran] is redundant, not at all. I love my faith and as you can see I wear the hijab, in my mind out of love for my faith. It means [the Koran] needs to be understood through a modern lens, understanding the contextual restraints of the time and interpreting the core message for the current context.”

Haneen is not alone in this thinking. Mazen Alzero, an imam and lawyer from Hebron, gives training to other imams in how to read the Koran with a more contemporary mindset. Whilst Mazen faces opposition from the global Islamist organisation Hizb ut Tahrir in Hebron, reformists in the UK, such as Usama Hassan, face death threats from British Islamists. It is alarming how unsafe liberal Muslims are even within the UK.

Of all the hostility Haneen faces, it is opposition from other women that upsets her most. She says many women are brainwashed into supporting the patriarchy. They aggressively defend their gender roles and cannot begin to entertain the LGBT debate.

Unprompted, Haneen defends her reasoning for wearing the hijab, while adding that the pressure her family would come under if she removed it would be intolerable. I mention that some women in the West have started to wear the hijab as a symbol of religious freedom. “Ludicrous,” she exclaims. “There must be better ways to tackle Islamophobia in the West than by wearing something that symbolises a patriarchal problem for so many. I may choose to wear my hijab, but many don’t.”

Working with feminists in Palestine over the last two years has repeatedly challenged and encouraged me. I am always inspired to find yet another reformist, yet another feminist, yet another Muslim LGBT activist. I am consistently depressed, however, to be reminded of the struggle we face with Islamism in the UK. Too often, we listen only to the Islamists and ignore the Muslim liberals.