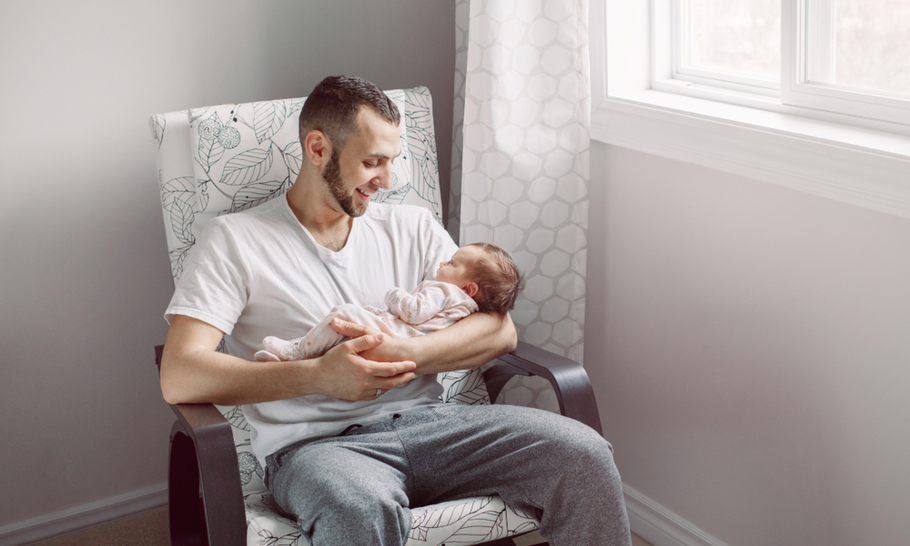 “We need to challenge the old-fashioned assumption that women will always be the parent that stays at home, many fathers want that option too.” So said Nick Clegg in 2013, when the then-Deputy Prime Minister announced a shake-up of the post-birth leave system available to parents.

Under the proposal — which came into force in 2015 — parents can split the leave which has previously been allocated to new mothers. Up to 50 weeks of leave can be shared, with 37 of those paid.

Yet eight years on from that announcement, the Shared Parental Leave (SPL) system has not prompted a cultural shift away from women being the primary care givers to newborns — and the Government is dragging its feet to find out why.

A policy review launched in 2018 is covered in so much dust ministers aren’t even having meetings about it any more. Paternity leave was completely ignored as maternity changes for Cabinet Ministers were rushed through Parliament; and the Andrea Leadsom-led Early Years Healthy Development Review makes no mention of SPL at all.

It is difficult to know precisely how many fathers have made use of SPL, but one analysis of the the few figures published by the Government calculates that just 3.6 per cent of dads took extended time off in 2019/20. Why are so few fathers taking up the leave?

It is a question the Government is supposed to be grappling with, but has shown little urgency. In July 2018, a review of the scheme was ordered by the Department for Business. Three fieldwork studies were commissioned to look into aspects of the policy, including the contacting of more than 3,000 parents. The majority of that work was finished in 2019, with the final study ending in February 2020. Yet despite some of data sitting in the department for more than two years, the analysis of the findings isn’t finished.

Indeed, such is the Government’s apathy towards the scheme, there have been no meetings to discuss the review. In response to a Freedom of Information Request, the Department for Business, Energy & Industrial Strategy could not give any dates where the evaluation was discussed in the presence of the relevant minister, Paul Scully. “The evaluation has briefly been discussed in the margins of other meetings,” said the department, adding that Scully “is aware” of the work.

Ros Bragg from campaign group Maternity Action is baffled as to why the evaluation has not yet been completed. “Never in the field of public policy has there been so much processing of the data of so few,” she says, adding: “We need to see a lot more urgency on this, and a lot more action.”

Contrast the apathy towards this review with the speed at which the law was changed to allow the Attorney General, Suella Braverman, to take six months off work with full pay following the birth of her second child. The Government rushed the plan through Parliament in a single day, but failed to include any provisions for male cabinet ministers to make use of shared parental leave — hardly a challenge to the notion that women should always be the parent that stays at home with a newborn.

When the Government eventually gets round to analysing its own review, one of the complaints likely to be peppered throughout the feedback is the financial implications of SPL. Statutory pay for fathers is £151.20 per week, or 90 per cent of their average weekly earnings — whichever is lower. That is the equivalent to half the National Living Wage for a full-time worker — a potentially huge financial drop for many families.

Conversely, women on maternity leave are entitled to 90 per cent of their wages for their first six weeks away from work, and often benefit from financial packages ingrained in workplaces which are used to supporting mothers.

With SPL, a woman has to give up some of her remaining leave to her partner, meaning the family unit suffers a financial hit, as the father’s statutory pay falls to £151 per week or less — typically a lower level than the mother was bringing in while on caring duties.

In February, MPs and campaigners took part in a webinar to discuss SPL, and all the participants were in agreement that the current system was failing all involved. The former Conservative Cabinet minister Maria Miller, who also chaired the Women and Equalities Select Committee for five years, said SPL needs “complete reform”, describing it as a “policy which was a very tentative step in this area”.

“I asked the minister, Paul Scully, for an update on that last year and unfortunately the consultation is still being evaluated,” she added. Lib Dem MP Wera Hobhouse agreed that the policy which had been spearheaded by her party during its time in coalition is “not enough” and also called for a “fundamental change”.

Representatives from campaigning groups unsurprisingly struck the same note, with Ros Bragg describing the status quo as “deeply flawed and chronically failing”, while Jules Allen from the UK Women’s Budget Group dubbing it “effectively a transfer of maternity entitlements”.

The low rate of statutory pay was cited as a key reason for the low take-up. Bragg says: “We need to increase the rates of pay. The current rate of statutory pay is ludicrously low at £152 per week. It’s equal to just half of the legal minimum wage and it really has to be increased, preferably to double this figure.”

However, even when the problem of money is taken away, fathers still take less time off than mothers. Insurance company Aviva offers its employees equal parental leave, meaning mothers and fathers are both entitled to six months off on full pay. Yet, despite this generous offer, the average uptake by fathers was five months — not the full six. An internal survey by Aviva discovered the reluctance by men to take more time off was fuelled by career concerns, with 43 per cent of dads worried it would “impact negatively” on their jobs.

Reluctance by fathers to take time off work is echoed in other countries. In Japan, which offers at least six months leave on full pay for dads, just 1 in 20 took time off in 2017, according to a UNICEF report. The same study found just 17 per cent of new fathers took paid leave in South Korea, which has the second longest period of paternity leave across EU and OECD countries.

It will take more than increasing pay to help finally break the “old-fashioned assumption” that women will always want to be the one that stays at home.

One region that seems to have it right is Scandinavia. Sweden and Norway have generous paternity schemes, and crucially contain leave allocations that cannot be transferred between parents.

Thee-quarters of Norwegian fathers take the full 10 weeks set aside purely for dads, with one in five taking more than the ringfenced allocation.

This “use it or lose it” approach has not only seemed to encourage fathers to take more leave, but it has also helped foster permanent changes to home lives in Scandinavia. A 2014 study, Changes in Gender Equality? Swedish Fathers’ Parental Leave, Division of Childcare and Housework concluded that “when fathers took long leave parents shared both household tasks and childcare more equally after the leave”.

When fathers get involved, they stay involved. And that is why the Government needs to take this seriously.  It is clear that the cultural shift in childcare envisaged by Nick Clegg has not materialised, and a rethink of the SPL policy is needed — and fast. Yet by letting the SPL evaluation gather dust, and cutting paternity leave out of changes to rules affecting Cabinet ministers, the Government is giving the impression it doesn’t see paternity leave as a priority.