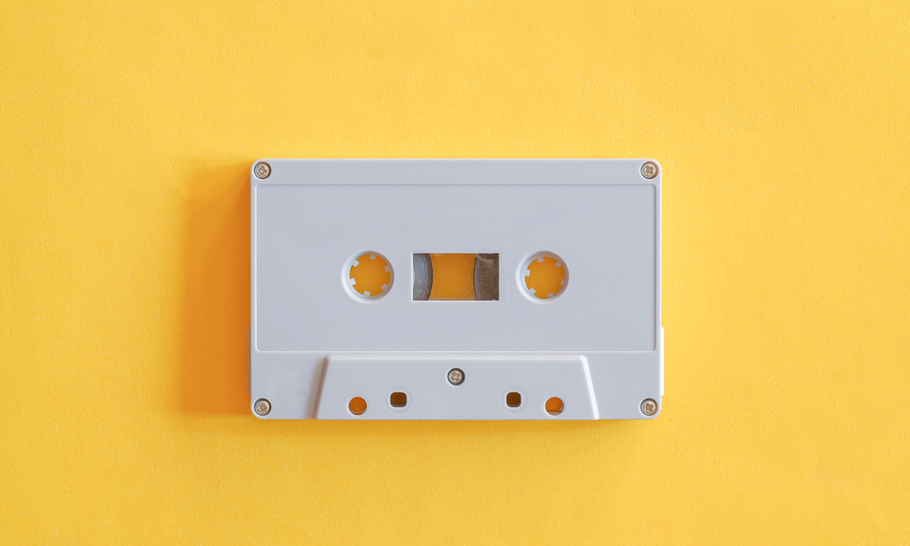 In the final round,  Jason Walsh responds to his friend Owen Polley

In your first letter, you wrote that youth culture today is less relaxed than it was in the 1990s. Maybe it is. I was not an initiate the first time around anyway, but it seems to me that one of our problems today is that we never put childish things away.

Frankly, it’s interesting that you even used the term “youth culture”. Most people don’t any more. What was once called youth culture typically is now referred to as popular culture. Contained within the older term, however, is the idea that it belonged not to us all but to the youth alone. Perhaps it would trouble you less if you felt that culture created a space in which the youth of today could grow — indeed grow out of their youth?

If so then I agree. I think that the loss of a universal culture, notional as it always was, is a problem.

My Italo-Belgian grandfather, a chip-shop owner in that great and baffling Irish tradition that saw Italians spend decades eking out a living frying fish, would today be called an opera aficionado, but I don’t think the term would have made sense to him. Opera was not a hobby or social signifier, it was a vital part of life.

Why did you read William Burroughs and Jack Kerouac? Because you were engaging the culture as a whole. While neither is quite among the greatest of the greats — more cult than canon — their place in history is guaranteed. Besides, the effort to read a difficult novel is rarely wasted, and when better than one’s youth to read them?

You seem to be arguing that the contemporary world is in an alarming state of flux; basically, that all that is good and true is slipping away. I won’t accuse you of trotting out a slippery slope fallacy because it has never been clear to me why this should necessarily qualify as a fallacy: don’t we have clear examples of it at work? Nonetheless, there is alarming presentism abroad with the lessons of history not such much jettisoned as never learned, I am sure you will agree.

But I do wonder if your concern about today’s developing social mores tips into it. Bear in mind that today’s social critics, though they rarely if ever seem to use the term, are in search of “morality”. I think that this itself is interesting, even if the critique they present is incoherent. And if institutions are crumbling before them, then perhaps those institutions were not as robust as they would have liked to present themselves as being.

A relative of mine blames the Left for this. But who was it that smashed the institutions? And who broke the mechanisms of social and economic progress in society? It wasn’t the Left, which never had much actual power. Even in the academy, where some sort of self-described Left does dominate, it was not a case of post-structuralist barbarians smashing down the gates, so much as the gates being flung open from the inside.

I don’t know exactly what it is that conservatives are trying to conserve, but whatever it is they have not done a good job of it in recent decades. The liberal revolution in economics certainly had the consequence of freeing us from the strictures of the past, to the extent that it’s a mystery to me why those who espouse social conservatism still, after all these years, think that the market delivers it.

I didn’t intend to return to the subject of Northern Ireland — I only delved into autobiography as I thought any mention of the 1990s without it would be incomplete. But as you have mentioned it, perhaps we can use it to talk about something wider.

A few years ago I noticed that in the rush to eulogise the journalist-friendly student-led revolts of 1968, the IRA was frequently painted out of the picture.

But this was also the era of Italy’s “Years of Lead”, Germany’s Red Army Faction and its offshoots, the rise of Eta in the Basque country and, of course, the various national liberation movements and hard nut Leninists who took power across the second and third worlds.

All of these conflicts had local and historically contingent sources, as conflicts necessarily do, and some are more easily understood by outsiders than others. They can all, however, be viewed, without too much distortion, as a failure of the post-war settlement. This doesn’t justify them, however.

Their afterglows aside, conflict today, in the West at least, tends to play out in rather different ways. They occur in a shifting space in the culture, predominantly online. This arena is novel, and I think it is at the nub of what you are getting at. It is here that I think you have a point.

Social media really is different, and while the motive force of history remains people rather than technology, technology clearly allows people to gather in ways that were hitherto unimaginable.

Seen this way there are, then, real world consequences to every daft Twitter spat. Even so, I am bored to death with bien pensant critiques of Donald Trump that are more concerned with bemoaning how clownish and rude he is than asking why people might have voted for him. And yet, I encountered a video of him last week and in it he was clownish and rude.

I think we agree that the culture war of today is dispiritingly Manichean. It is also contradictory: in a time of radical scepticism, old certainties are no so much challenged as replaced, en masse, by new ones. Any attempt to question this process is met with derision: OK boomer!

You are right; this is maddening, but whose fault is it really? Remember, “Generation X” (the generation immediately preceding yours and mine) oozed irony and nihilism.

As you know, I myself fear a coming destruction of working- and middle-class jobs, sacrificed on the altar of efficiency: automation and artificial intelligence, and a dehumanising data-centric view of the world that reduces human agency to numbers dancing on a spreadsheet. Throw in pervasive facial recognition, “smart” cities, and so-called “emotional analytics” and, if we are not careful, then the current era will soon seem halcyon days.

The clamour for a so-called universal basic income is at least a response, but as someone who values the dignity of earning a living — even if I do not always enjoy a great deal of dignity in my work or working conditions — it seems a paltry one.

I hope I am wrong. I suppose I will find out in time.

If there is an answer then it has to be in making a commitment to something meaningful, something serious, rather than hankering for the solidity of an imaginary past, however seductive that past may be. As Soren Kierkegaard put it: life can only be understood backwards; but it must be lived forwards.

(This correspondence is now closed. Ed)