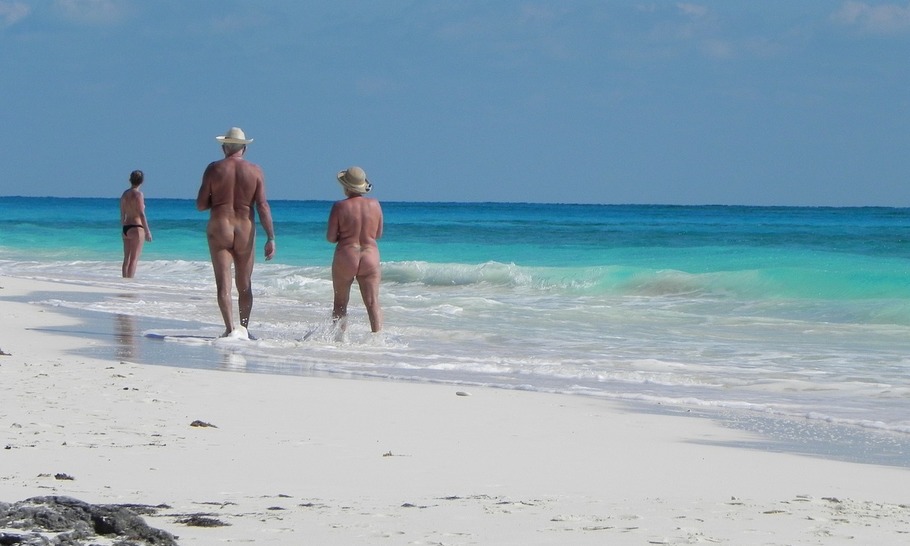 News that O’naturel, Paris’s only nude restaurant, is to close gladdened my heart when I read it this week. As sorry as I feel for the owners, and I am saddened by the failure of any business that encapsulates the hopes and dreams of its founders, the enterprise seemed to me to be quixotic to a fault.

I hold no brief for prudery. Nudity is part of life: we are born nude, many of us lie nude in bed each night whether alone or with another, we make love nude, and, when the end comes, our corpses are stripped bare by the undertaker before being sewn back into our clothes, ripped open at the back. We are nude, or close to it, as we lie in the hospital bed, at times we undress when we visit the family doctor, and we lie nude on the beach or swim nude in the sea.

And yet, I dislike nudism. I have grown to dislike ‘-isms’ in general, I suppose, as they represent an attempt to systematise all human life. Perhaps there is space for the social to be socialised or for capital to be capitalised as they are both, ultimately, abstractions. Perhaps it is not quite so simple, though: perhaps we are in danger of making a fetish of every human act, and, while Marx’s back-handed celebration of capitalism in “The Communist Manifesto” makes much of how modernity ripped capital from the hands of the feudal few, the most withering critique of socialism has always been that, by enforcing virtue, it bores an inhuman hole where the heart of the social should beat.

Some years ago, working in a temporary job as a sub-editor at a Swiss news publisher, I was amused to read that the good burghers of such-and-such a canton were outraged by the arrival of German tourists who insisted on enjoying the great outdoors by hiking up the hills freed of clothing. It seemed, and still seems, harmless enough to me, but its deeply asexual—un-sexual, even—nature burrowed into my mind’s eye. This has always been the principal claim of nudism, of course: it is not about sex. And who am I to disagree? The inevitable few opportunists aside, I am sure than nudists are not sex obsessed.

It is also not simply to be free of pretension or freed from judgement, for these two qualities define the very essence of the human soul: the need to be, and to be seen to be, and the need to differentiate between one thing and the other. While I may well wish that the rest of us, myself included, were more at ease with our bodies, isn’t this precisely the problem? Nudism may not be about sex, but in all its studied and performative nonchalance it is also not about innocence.

The power of nudity is hardly a new concept. Edouard Manet’s 1863 painting “Olympia” outraged the public of his day because it was a nude painting of an actual woman, an alleged prostitute no less, rather than of an angelic being who functioned only as an embodiment of this or that virtue. His 1862–3 “Le déjeuner sur l’herbe” shocked, and perhaps would shock today’s increasingly sensitive souls even more, in its voyeurism. Manet’s paintings mark the end of the nude, and later artists, notably Pablo Picasso and Marcel Duchamp, would gleefully dance on its grave, but today we live in a fleshier and more body-obsessed culture than ever: our streets, newspapers and psyches a horrifying phantasmagoria of gyms, cosmetic surgery and all the rest. It comes as no great surprise then, that the body, whether veiled or stripped bare, still the locus for many a political battle, and that many political battles are rooted in our aesthetic responses to the world around us.

At least as far as recent history goes, though, t’was ever thus. In 1972, the radical art critic John Berger reminded us in “Ways of Seeing” that nakedness and nudity are not the same. Responding to the arch traditionalist critic Kenneth Clark, who himself penned “The Nude: A Study in Ideal Form”, Berger agues that the nude is, in effect, the objectification of women writ in oil on canvas: “To be naked is to be oneself; to be nude is to be seen naked by others and yet to be not recognised for oneself. A nude has to be seen as an object in order to be a nude.”

Nevertheless, the tradition persists, at least as a form of training for tomorrow’s artists, because the human form remains central to our imagination as humans ourselves in search of representation of our selves; though when I attended art school our ‘life models’, so they are called, were more often men than women. If either the nude work of art or the act of public nudity has any remaining transgressive qualities, and, indeed, if transgression itself still has any currency in our world turned upside-down, it is only in the unexpected: the nudity of the ageing body, of the psychically disabled, and of all of the rest of us judged otherwise unfit to be be nude. In truth, though, even this territory is already well mapped.

There is a simpler point to be made about nudity, however. Nudity, at least in its sensual and sexual form, exists only in relation to covering: it is the negation of clothing and of the artifice that we use to protect ourselves from the harsh judgements: the judgements of the mirror, of the camera, and, crucially, of others. It is this judgement, though, that truly frees us: to open ourselves to ridicule as we stand or lie beside another, one whom we are overcome with desire for. To be nude in such circumstances is to transcend our bodies, or at least our neuroses, and to experience joy in the moment of first sight: the warmth, both physical and immaterial despite the constant threat of rejection, of laughter even. In our first moments nude together our heartbeats accelerate and our breathing grows shallow and desperate in anticipation of touch; later, with the passage of time, it comes to be a symbolic act of tenderness and compassion, of acceptance, as we lie together in our true selves, banal perhaps, but finally freed to whatever marginal extent a human being can ever truly be free.

It is then, then, or perhaps simply alone in our homes, in these circumstances we negate our coverings, whether these coverings have functioned for us as a suit of armour, an externally imposed form of oppression, or a device to lure.

Nudism is, at its heart, the negation of this very negation, and if there is a dialectic to be found in the nude body it is seen, literally and figuratively, most strongly in relation to others in our moments of intimacy: the breathless feeling when we lie beside another body, undressing one another to reveal our true selves shorn not only of thread, but of the very artifice required to save our psyches from the harsh light that life casts on us.

Not all forms of nudity are the same, of course. Every year in my late home city of Dublin, at the first sight of a ray of sunshine scores of young, working class men strip off to the waist to strut around in an act of possession of public space. All pectoral muscles and aggression, this act, rather than being a moment of freeing, deliberately privatises public space: I can do just as I please here, regardless of what you think, they say in words spoken in sweat.

Likewise, while it surely lacks this attempt to colonise the world inhabited others, a nudist restaurant functions to suck the lifeblood out of nudity, to strip it of what our nakedness means at both extremes. It is at once robbed of intimacy—the fear and desire of those moments of intercourse—and of innocence—the utter normalcy of being nude. It is performative nudity; the frustrated individualism of a thousand people screaming in unison: I am me! It is an act, and though people should be free to act as they please so long as they harm no other, their acts should be recognised both as acts, and recognised for the sorts of acts that they are. In this case, then, to dine in public while nude it is not the intimate and closed nudity of the lover, nor truly is it the free and open nudity of the innocent.

Beijing falls silent as fears of the coronavirus take hold