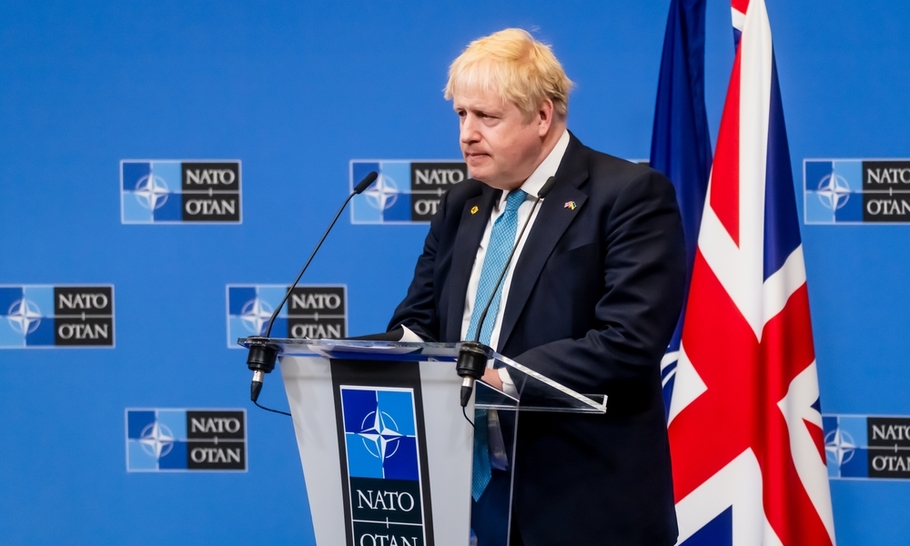 Boris Johnson is now being depicted by the Kremlin as “the most active anti-Russian leader” in the West — a moniker of which the Prime Minister can justly be proud. Not, of course, that he is in the least given to Russophobia, but he is certainly an adversary of the Russian President, Vladimir Putin, in a way that few other European politicians can claim.

So why is Putin’s propaganda machine targeting the British Prime Minister? Why not the US President, for example? Though the latter is notoriously wary of getting embroiled in Ukraine, at this week’s NATO summit President Biden warned that the alliance would “respond in kind” to any Russian use of chemical, biological or tactical nuclear weapons. Yet Putin sees Boris, not Joe, as his most dangerous enemy. Why?

The other hawks in NATO are the leaders of Poland and the Baltic states, which for obvious reasons of history and geography fear that once he is finished with Ukraine, Putin has them in his sights. The Lithuanians, for example, have just unilaterally stopped buying gas from Gazprom, the Russian energy conglomerate, and they will no longer refine Russian oil either. In other words, they are setting an example to the rest of the EU, especially Germany, which is still buying much of its gas and oil from Russia — thereby financing Putin’s war to the tune of some £500 million a day.

Before the war, Lithuania was even more dependent on Russian energy than Germany and its people will certainly endure hardships as their economy switches to alternative suppliers. But if a small, vulnerable and relatively poor country can do it, why not the largest economy in Europe?

As for the Poles: despite being overwhelmed with millions of refugees, they are demanding that a permanent “peacekeeping force” be stationed in Ukraine even after any peace agreement is reached. While they recognise that a NATO presence there would be unacceptable to Moscow, they are not prepared to trust the Russians to keep out of a “neutral” Ukraine. It is unclear whether Poland envisages such a force to be under the auspices of the UN or some other international organisation, such as the OSCE, which has maintained a civilian monitoring mission in Ukraine since 2014.

Most NATO countries are sceptical of this Polish demand, fearing that any permanent military presence in Ukraine would sooner or later drag them into conflict with Russia and that in any case it would never be accepted by Putin. But NATO cannot just ignore the security concerns of its most important frontline state. Warsaw is surely right to regard the prevention of any repetition of a war that has already had a huge impact on Poland as a vital national interest.

Both Poland and the Baltic states see the British as particularly sympathetic to their plight. It is no accident that British politicians — Liz Truss and Ben Wallace as well as Boris Johnson — visit these frontline states regularly. British troops lead the NATO mission in Estonia, right on the Russian border. These countries are members of the EU, but are suspicious of the diplomatic manoeuvres of President Macron and Chancellor Scholz. On the eve of war, Scholz banned Estonia from giving German-made weapons to Ukraine. Paris and Berlin are adamantly opposed to Polish MiG 29s being handed over to Ukraine. Both are anxious (some would say paranoid) about provoking Putin.

The most significant pressure on NATO is of course coming from Kyiv. President Zelensky has told the US that he needs at least 500 Javelin and Stinger missiles a day to keep up the Ukrainian counter-offensive against the invaders. Nothing less will suffice. Congress has allocated $13 billion in military and humanitarian support for Ukraine, while Britain has already sent well over £400 million in economic aid, including 4,000 Next Generation Light Anti-Tank Weapons or NLAWs and Javelins, and has promised another 6,000 missiles. These supplies are vital to the Ukrainian defence of their cities, but they are not enough to enable them to go onto the offensive. In a video address to the Brussels summit, Zelensky suggested that NATO offer 1 per cent of its own equipment to bolster Ukraine, including aircraft and armour.

Behind the scenes Boris Johnson has been urging his allies to add planes and tanks to the list of armaments that NATO is ready to supply, while being careful not to fracture its united front. He told a news conference that there were “logistical” problems about sending tanks but that he understood Zelensky’s need to relieve the beleaguered citizens of Mariupol: “To that end he does need armour as he sees it.” Instead, the PM said that the alliance would provide missiles “to deal with the Russian artillery that are dealing death and destruction in cities”. There is a hint here that newer NATO systems might be provided that are specifically designed to target artillery.

However, it is clear that the Ukrainians are frustrated with the alliance trying to dictate how they fight the war of survival in which they are engaged. In order to drive the Russians out of their territory, they need offensive as well as defensive weapons. That means tanks, armoured vehicles and aircraft too. At present, they bare attacking the exposed flanks of a large Russian force in and around Irpin, near Kyiv. If the Ukrainians had more armour and air support, they could cut off these units and destroy them.

Similarly, the sinking of the Orsk, a large landing ship, by Ukrainian missiles shows that Russian control of the Black Sea coastline is still contested and a seaborne assault on Odessa would be perilous. It is vital that Ukrainians deter such an attack on their only remaining major port. For that they need longer range ballistic missiles as well as purely defensive anti-tank or anti-aircraft ones.

Boris Johnson gets it. He has grasped that Ukraine needs to hit back and mount major counter-attacks, to catch the Russians off-balance before they can reinforce their depleted and demoralised invading armies. He faces stiff resistance from Emmanuel Macron, who made it clear in Brussels that he opposes any NATO shipments of tanks and aircraft to Ukraine. The French see this as a “red line” that risks NATO becoming a “co-belligerent”.

The historical backgrounds to both countries help to explain their leaders’ contrasting views. Britain and the US supplied huge quantities of tanks and aircraft to the Soviet Union during World War II, while France was under German occupation. More than 3,000 British sailors were killed in the Arctic convoys, during which 87 merchant ships and 18 Royal Navy warships were lost, but recent research suggests that they played an essential part in the Soviet war effort. Yet the British were always in the vanguard of the Cold War and have no illusions about Putin’s Russia: the chemical weapons attack on Salisbury is only the latest incident in a mutually antagonistic relationship.

The French, by contrast, have always had powerful pro-Russian sympathies. Three of Macron’s leading presidential rivals — Marine Le Pen and Éric Zemmour on the Right, Mélenchon on the Left — are pro-Russian and have until recently been admirers of Putin. Macron has no such sympathies but he is cautious about burning his bridges with Moscow. It suits him in mid-campaign to distance himself from the British in general and if he can depict himself as the man who prevented France being dragged into war by bellicose Boris, so much the better.

Hence there is an iron logic about the Kremlin’s propaganda attacks on Boris Johnson. It is likely that disinformation and Kompromat against him will be deployed as well. Regardless of such distractions, the Prime Minister seems determined to press the case for Ukraine with his allies. He is right to do so. Victory may be within the grasp of the Ukrainians. Even if it is not, anything that raises the price of war for Putin hastens the day when he will sue for peace. When we see Boris demonised by the Kremlin, we should bear in mind that we can only negotiate from a position of strength.