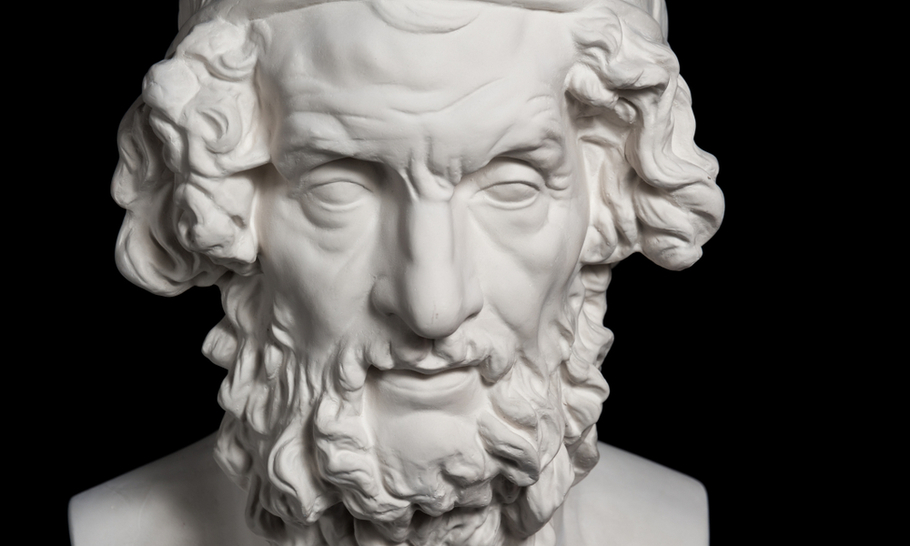 Classics undergraduates at Oxford will no longer have to read the Iliad and Aeneid in Greek and Latin, if plans to make the subject more “accessible” to pupils from state schools go ahead. The faculty wants to make reading Homer and Virgil in the original ancient languages merely an optional part of “Greats”, as classical studies is traditionally known at Oxford, while moving examination papers on these foundational texts from the first part, known as “Mods”, to the final years of the degree.

Interestingly, while academics are under pressure to reach out beyond the (mainly private) schools that still teach Latin and Greek at A-level, some students at Oxford are protesting against their course being “dumbed down”. A petition has been started by Jan Preiss, a New College undergraduate, to stop the changes going ahead. He points out that they “would only increase the disparity between incoming students, the very problem the reform attempts to address”.

For once, the undergraduates are surely right and the dons are deluded. The main point of any degree at Oxford, above all classics, is to be difficult. Take away the linguistic challenge and the degree loses its value as a test of various desirable abilities. When Boris Johnson, who is only the latest of many Oxford classicists to occupy 10 Downing Street, spontaneously recites passages from the Iliad in Ancient Greek, people are impressed. They are right to be, even though the Prime Minister’s intonation may be peculiar to him and incomprehensible to a modern Greek, let alone an ancient one. Such skills may be rare and arcane, but they are precious precisely for that reason.

Moreover, the ability to read and interpret difficult texts has always been prized because it is an intrinsic part of our, and indeed all, civilisation. The proper name for the Oxford classics degree is Literae humaniores, which means literally “more human literature”, as opposed to divine books, above all the Bible. The fields of study that have come to be called “the humanities” were thus originally contrasted, not with the natural or social sciences, but with theology. Yet the methods of studying sacred and profane texts are essentially similar, even though hermeneutic theory and practice have evolved beyond anything imaginable by the medieval scholars who created our older universities. What has not changed is the recognition that a profound knowledge of the “Greats” is an inherent part of the transmission of a humane civilisation through the generations. Posterity will not thank us for failing to cultivate such knowledge.

Yet there is a powerful backlash against the academic study of the arts and humanities. Governments, employers and even universities are becoming ever more utilitarian in their attitudes to which fields of study can most profitably bridge the years between school and work. The Economist (behind a paywall) this week publishes data from the US Department of Education to show the subsequent average earnings of various graduates. Those who study the liberal arts, humanities and languages earn the least, along with life scientists. History and social science graduates do only slightly better. Architects and engineers do well, but not as well as those who study business or economics. The most highly rewarded of all are mathematicians, physicists and computer scientists.

The conclusion is crude but inescapable. As the Economist headline puts it: “To make money, study maths or economics at a top university.” Some will go further and ask why universities even bother with subjects like history or classics. Is it purely for the benefit of those who teach them? As arts and humanities graduates fall ever further behind in the earnings league, what incentive is there to admire such arcana as the ability to read the Iliad in the original, or indeed at all? If dead languages lead to dead ends, why would anyone choose this way to begin their career?

The answer is threefold. First, most of us have no aptitude for maths or natural science. Even if we wanted to, we could never penetrate their mysteries. Secondly, it would be a disaster if we did. Western societies require a variety of knowledge and skills. It is no accident that those in the most highly esteemed professions tend not to study the mathematical sciences. Boffins are invaluable within their specialisms, but they seldom make good leaders elsewhere. The last science graduate to be Prime Minister was, admittedly, Margaret Thatcher, but she read for the Bar straight after Oxford. Average earnings tell us about average careers, but nothing about the exceptional individuals who will change the world.

Finally, the study of the humanities is its own justification. The clue is in the name: reading great books makes humanity more humane. Other things being equal, knowledge of our civilisation makes us more civilised. And it is also fun. In the words of the classical scholar and Oxford graduate Daisy Dunn, whose own books are highly readable, studying Homer and Virgil are “hugely enjoyable to read in Greek and Latin”. To the dons, she adds a warning: “I can’t see that removing them from the course would do anything to close the gap between students from different backgrounds.” Oxford is one of the few places left in the world where the classics are still treated as an integral part of what it is to be an educated person. Without a love of “the best which has been thought and said”, as Matthew Arnold defined culture, Oxford is just another campus.