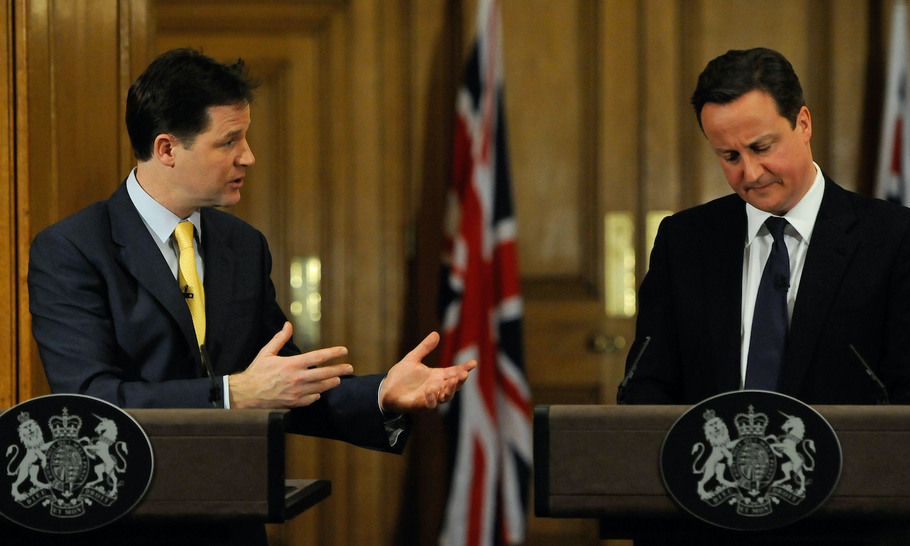 David Cameron’s efforts at constitutional reform were not blessed with success. There was the Fixed-Term Parliaments Act, universally reviled and scrapped. The Alternative Vote, advocated by his Lib Dem coalition partners but which Cameron personally opposed, was rejected in a referendum. His other “big idea” – the reduction of the number of MPs from 650 to 600 — is about to go the same way.

Should we be worried? No, because a largely-unnoticed Bill nearing completion of its passage through Parliament is going to have a much more profound effect on the operation of our democracy. It will strip away from MPs their remaining powers over their own futures.

In the mother of Parliaments, it seems hard to believe that British MPs still have to approve any changes to constituency numbers, sizes or shapes, offering up the temptation to manipulate electoral boundaries for party advantage. There is even a word for it – “gerrymandering”. The term derives from the name of Eldridge Gerry who, as Governor of Massachusetts in 1812, signed a bill that drew a senate district boundary in Boston, whose only logic was to advantage his party. The district looked so strange on a map that it was compared to a salamander — hence “gerry-mander”. Gerry himself opposed the practice that bears his name and went on to become US Vice President. But the trick worked: in the following election Gerry’s party received fewer votes but gained more seats.

In the UK, some will be able to dredge up the name “Old Sarum” from long-forgotten textbook histor. This was a “rotten” or “pocket” borough on the old site of what is now Salisbury, which returned an MP to Westminster despite having only a handful of electors, while in new industrial towns like Birmingham, Manchester and Liverpool thousands went unrepresented. The first “Great” Reform Act of 1832 swept away such abuses and set out the principles for distributing parliamentary seats. The Act was not unopposed, though. One of those who opposed it was Josias Du Pré Alexander. He had been the MP for Old Sarum.

The modern system has its origins in the House of Commons (Redistribution of Seats) Act 1944. The Act established independent boundary commissions for each of the four nations of the UK, with responsibility for recommending boundaries of parliamentary constituencies and set rules for how they should be drawn and how often reviews were to take place. A principal rule was that constituencies should be the same size – the number of electors should be within a low percentage of a quota but with some flexibility to take account of problems created by local geography.

For example, there was a problem with islands. At the 2019 general election the Isle of Wight, which wasn’t quite big enough to have two seats, had 113,021 electors – the largest electorate in the country, more than 50 per cent above the UK average of 73,181, and five times the size of the smallest seat – Na h-Eileanan an Iar, formerly known as the Western Isles, at 20,887. There was no fixed number of constituencies and the number rose over time with the rise in the UK population. The system was carefully designed to put the drawing of boundaries in the hands of neutral public servants, but was hamstrung by two factors. First, the commissions made recommendations that had to be agreed by Parliament; the second, which followed on from the first, was the self-interested legacy of Josias Du Pré Alexander.

Things started badly. The first of the periodic reviews, in 1954, only went through after the Court of Appeal overturned a temporary injunction obtained by a disgruntled politician. The Labour Party could have been expected to be a doughty defender of equal-sized constituencies and the opponent of political interference. Its record suggests otherwise. The problem of lack of representation in industrial areas, that had prompted the first Reform Act, had gone into reverse after the Second World War, as populations drifted away from Labour-voting industrial seats to Conservative-voting suburbs. The second review, in 1969, was estimated to lose Labour between 10 and 20 seats and the Labour Home Secretary James Callaghan, ignoring accusations of gerrymandering, refused to lay orders before Parliament implementing the review until he was forced to do so. Then the Labour majority rejected them on a three-line whip. Consequently, the 1970 general election was fought on old boundaries. The third review was also considered to favour the Conservative Party, who were in power when it was completed in 1982, so the Labour Party sought a legal challenge, which became known as the Foot case after Michael Foot, the leader of the Labour Party at the time. The Court of Appeal threw it out.

Things then improved. The fourth and fifth reviews, which created the current boundaries, went through without hitch. Then things all went wrong again. The 2010 general election resulted in a Conservative-Liberal Democrat coalition government. The UK’s First-Past-The-Post voting system had always disadvantaged the Liberal Democrats and they saw an opportunity to secure their long-cherished goal of voting reform. It was inserted as a condition of their participation in the coalition partnership. The Prime Minister, David Cameron, riding an anti-politician populist wave, also proposed a reduction in the number of MPs from 650 to 600 to “save money”. So, an Act provided for the redrawing of boundaries, including reducing the number of MPs and a referendum on voting reform. But David Cameron’s Conservatives campaigned against voting reform and, when the referendum failed, the sulking Liberal Democrat Deputy Prime Minister, Nick Clegg, announced that his party’s votes, vital to get anything through Parliament, would not back the 2013 boundary review.

Another review was published in 2018, but by that time the Conservative government’s majority was so small, and with the number of its MPs’ seats that would disappear, it was clear that it would be easy for the Opposition to defeat the reform. So it was never introduced. Boundaries remained unchanged. The reviews cost millions.

Fast forward to the Parliamentary Constituencies Bill 2019-21 which is nearing the end of its passage through parliament. It finally drops the proposal to reduce the number of MPs to 600 and sets the number at 650. It fixes the number of electors in each constituency, except for four island seats, to be within five per cent of a quota calculated by even distribution of electorates. But most important, it removes the need for Parliament to approve them. Once agreed by the commissions, they take force. They are final. Parliament has eventually faced up to its inability to resist the temptation to interfere. It has done the right thing and relinquished control. Parliamentary turkeys no longer have to vote for Christmas. Eldridge Gerry would likely have been pleased. Josias Du Pré Alexander will probably turn in his grave.