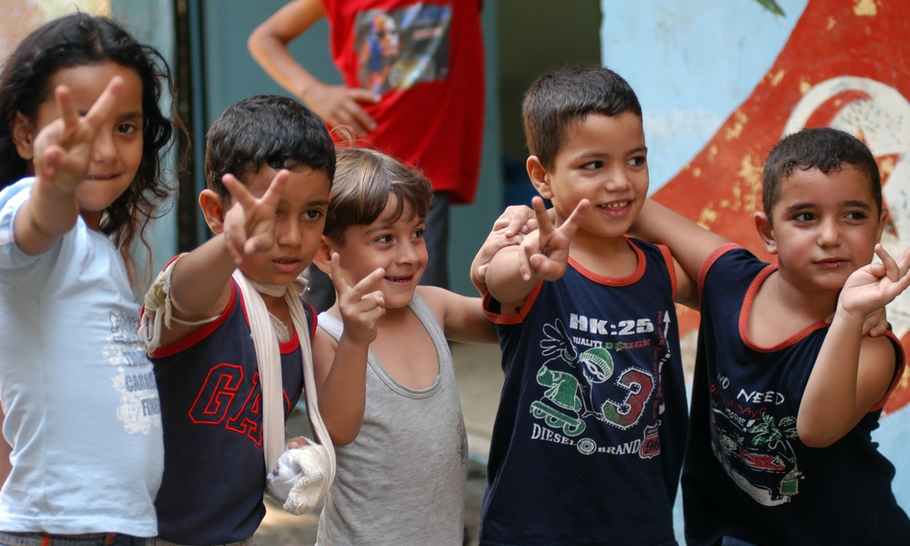 Parents in Britain are naturally concerned about the impact of the pandemic on their children’s education and future. But at the back of our minds we know that the human damage of Covid is global, far more severe in places beyond wealthy countries like ours. Our anxieties are as nothing compared with the fears of refugees living in poverty-stricken limbo, who see no future for their children.

Lebanon, with a population of 6.8 million, shelters at least 1.5 million Syrian refugees, not counting the Palestinians who arrived much earlier. Transposed to the proportions of the UK, these figures would amount to a doubling in the populations of Wales, Scotland and Northern Ireland plus a 50 per cent increase in that of Greater London. Britain, meanwhile, says that it is proud of taking in 20,000 Syrians through the UK Vulnerable Persons Settlement Scheme.

When we think of refugees’ plight, or are reminded of it by TV coverage and the appeals of development agencies, then it is usually shelter, clean water, nutrition and medical supplies that come to mind. These are the vital immediate necessities to keep people alive. Yet we all know that in today’s global economy, if we take education away from their children, even though refugees may live to see another day, may even one day be able to return to their homeland, the future without an educated younger generation will be one of unremitting poverty, despair and possible conflict. For international donors humanitarian aid or provision of education should not be an either-or decision. Yet how often do we hear about the collapse of the educational systems in conflict countries such as Yemen, Somalia, and Syria, and the inevitable results of such a collapse?

In 2019 and 2020, the economic situation in Lebanon went from bad to worse. The situation continues to deteriorate. Unemployment now is sky-high. The Lebanese pound has dropped in value by more than 90 per cent since 2019, bringing angry protesters, no longer able to afford basic necessities, back on the streets. Recent surveys put more than 50 per cent of the population below the poverty line. For Syrian refugees, the figure is even higher, with 83 per cent living below the extreme poverty line. The Covid-19 pandemic and Beirut port explosion — which killed more than 200 people, wounded more than 6,000 and displaced around 300,000 — added to an already disastrous economic and political situation. Large-scale popular protests led to the resignation of a corrupt government, but President Macron’s intervention has run into sectarian resistance and promised reforms have not materialised.

Save the Children’s recent report Spotlight on Lebanon puts the number of Lebanese school-age children at 660,000. Before Covid when schools were open only 21 per cent of 15-17 teenagers attended school, 69 per cent of the 6-14 age group. Among Syrian refugee children the numbers are worse; fewer than half of the 631,000 in the country have had access to formal, adequate education; unofficial figures indicate that some 180,000 children are working to support their families. The impact on what was formerly a modern private school system with high levels of attainment in science and mathematics, alongside a comprehensive state provision, has been catastrophic.

Before the pandemic, state schools dealt with the overwhelming numbers by organising separate morning and afternoon shifts, with refugee children mainly attending in the afternoons. Since March 2020 schools, with short breaks, have been shut. And since then, at its best, Lebanese children have received eleven weeks of education, refugee children much fewer. Refugee families, with very few exceptions, can neither pay for internet access nor laptops, so absence from formal schooling, apart from NGO interventions, has meant no education at all.  The first three months of 2021 have perpetuated and deepened the continuing educational crisis.

Leaks of Foreign, Commonwealth and Development Office budgetary plans suggest that an 88 per cent cut to aid for Lebanon is being considered – though with the possibility of some extra money from other UK Government budgets. Given Lebanon’s strategic importance in the Middle East, such cuts would at best be remarkably short-sighted.

It was once true that the thriving private sector, dominated by church-run schools, eased the pressure on the public sector. But no more. The impoverishment of Lebanon’s middle-class has drawn large numbers of children into already oversubscribed state schools. The strain on the system has, in turn, pushed up the drop-out rate amongst vulnerable Lebanese children. So they join the children of Syrian refugees in whatever the charitable sector can provide by way of “after-school schooling”.

What is to become of the two past UK funding interventions in Lebanese education, which started in 2016-2017: the Reaching all Children with Education programme and the No Lost Generation Initiative?  The former provided a grant of £106 million to the Ministry of Education and Higher Education.  The latter offered a more innovative £93 million grant “to support the delivery of non-formal education and child protection for the most vulnerable out of school refugee children and children from host communities aged 3-18”.  This is the kind of project that was, and is, desperately needed, but is now under threat from cuts.

Public scepticism about overseas aid — and this is often forgotten by donor governments — springs partly from the perception that aid is essentially government to government support. When a recipient government is in crisis, and known to be failing, understandably pressures to cut aid are ratcheted up. But the non-governmental sector, both domestic and international NGOs, often play a major role in education as well as humanitarian aid — as they do in Lebanon.

Caritas Lebanon, for example, working through its Church network, plays a vital role in the country.  Smaller bodies offering a range of expertise, sometimes dismissed as “sticking plaster” to highlight the higher profile strategic plans of government, can, and do, play an important role.  Better funding would enable this sector to increase their capacity.  And despite last year’s scandals, confidence in the probity of NGOs remains relatively high.

Strategic plans for the educational system are not the only part of the country’s institutions that begin to fall apart in economic crisis. Banking also comes to mind. But banking can be regulated and can soon be back in business.  After a certain time, the blighted futures of a lost generation cannot be restored.

Lebanon now has an urgent need for the world to step up and help a country that has taken the greatest responsibility for helping refugees driven across their border by a terrible war. Countries whose youth are without hope for the future are prone to instability and conflict. The Middle East and North Africa cannot afford another country with a lost generation.