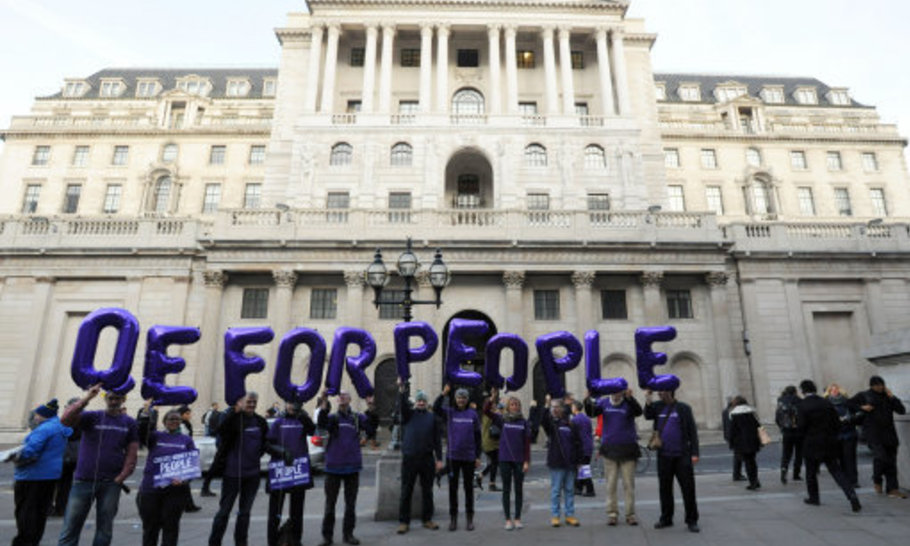 On March 16, I published a piece through Chatham House, arguing the case for a special monetary and fiscal approach to the coronavirus here in the UK. I outlined my reasoning further in the Lords debate on the UK budget and initial coronavirus response presented by the Chancellor on March 11th. I described it as “People’s QE”, both to acknowledge this government’s early description of itself as the “People’s government” and because of the positive national spirit needed to respond to this dreadful disease.

The idea at the heart of the proposal is simple, albeit very audacious — the government should provide two months of income guarantees for all UK domiciled or registered businesses, and their employees. It was suggested on the presumption that we may need to enter a two month national lockdown. From what I can see, that’s going to be close to what will now happen.

This plan would involve the government paying everyone — business or employee — for two months to stay at home. It wouldn’t apply to key industries or workers. While that might be regarded as unfair, not least because many key workers earn less than the median earnings, its beauty lies in its simplicity, and crucially, it would limit the permanent damage to our economic structure.

As can be found from the official Hansard recording of the Lords debate, in his summary, the Minister presiding over the debate described my suggestion as the most radical of the ideas put forward, and it needed to be considered over the days and weeks ahead. I challenged the Minister, saying that we didn’t have weeks. This needed to be done before the week was over, otherwise the unemployment and economic consequences would be catastrophic.

I was initially impressed by the speed of the government’s response and within two days, the Chancellor had announced his package based around extended loan support and the 80 per cent salary guarantee for furloughed workers. In this regard, the government moved considerably towards part of my suggestion.

However, in at least two simple, critical aspects, it hasn’t done what it should have.

Firstly, by pursuing a loan based programme, the government is encouraging companies to take on more debt, which might be ok for those with lots of excess cash and strong balance sheets, and a long history. But for most, not only are there still challenges about applying and then receiving loans, but there is a bigger issue, of whether they want to take on debt that they might not be able to repay. The OBR has suggested that the economy may decline by 35 per cent in the second quarter of this year, and 90 per cent of that weakness is a result of the lockdown. Should business be forced to borrow to get through this crisis?

What seems clear is that the loan-based approach isn’t working yet, and I once more call on the government to consider this more audacious approach. It would only apply to the parts of the economy that have been shut down, and obviously only those that can demonstrate some form of revenues in previous months, as well as tax payments.

The second part concerns the wage guarantee, and here the government’s approach is much closer to what I suggested. But if companies are going to go bust, those that can will probably take the furlough support and then still fire the employees afterwards. Moreover, given that it only applies to those on incomes below a limit of 25,000 per year, it obviously will also encourage the substitution of workers who previously earned more. While this might be extremely good for income redistribution, it is not what the macro economy needs in terms of limiting the damage.

An easier option would be to replace this scheme, with the People’s QE approach that I propose, and for all those companies that receive the two month gift, it would only be applicable if companies continued to pay all their staff in the same exact manner as before. There would be obvious complications about those who depend on bonus-related pay, but these are less important than ensuring that the crucial structures of our economy are not permanently lost in the admirable attempt to control the virus.

There are two other benefits of such a dramatic approach, that relate to each other. Firstly it would aid a return to normality as soon as the social distancing can be eased. Secondly, because the short term cost for the Treasury is higher, it would force the government to weigh the economic cost of the current social distancing rules more than it otherwise might.