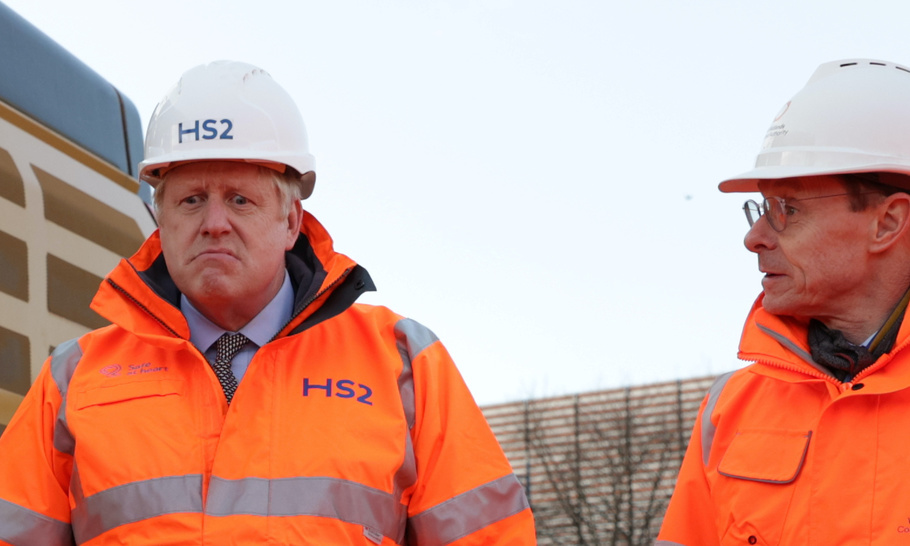 One forgets at one’s peril that Boris Johnson is supremely a political animal. Yes, he wants to be popular – which politician does not? – but above all he wants to win. His destruction of Theresa May was a text-book operation. He wisely stayed away from the David Cameron-Nick Clegg administration, which was not popular with Tory activists. Like Labour Party members, rank-and-file Conservatives regard LibDems as thieves in the political night.

There is nothing in House of Cards or Borgen as cruel as Johnson’s betrayal of the more than a century old tradition of Tory support for Ulster Unionists, when he accepted the deal proposed by Michel Barnier in September 2019. It consisted of a second partition of Ireland, as the British province was handed over to Brussels and Dublin in terms of its economic and trade rule-book. But it helped Johnson to his handsome general election win three months later.

The DUP are quite right to cry betrayal, even if most of mainland Britain thinks the poor Democratic Unionists have only themselves to blame by allowing an obsessive dislike of the EU (with its Catholic roots – remember Ian Paisley standing up in the European Parliament to hurl abuse and insults at Pope John Paul II?) to blind them to the Province’s long-term interests.

No-one in May 2016 would have wasted a second worrying about the future of the six counties as part of the UK, as the Good Friday Agreement quietly dissolved 20th-century hates into a live and let live double identity to allow Northern Irish men and women to feel British or Irish, or both, as they felt best. The DUP’s enthusiastic support for Brexit, however, helped dig the grave of 20th-century Ulster as an enduring part of the United Kingdom.

So as the news bulletins and family conversations try and parse the complex timetable and conditionalities of the Prime Minister’s pathway out of lockdown, no-one should forget that Johnson has one key date in mind – 6 May.

Never before in British electoral history will so many people go to vote for so many different categories of candidate, including hundreds of Conservatives. Johnson’s relentless drive to get millions of us vaccinated by VE — Vaccination Election – Day and the promise of something close to a return to a much more normal life by mid-May is highly political in timing.

There is nothing wrong in that. Government that does good things for the people — whether vaccinating us or allowing a pint outdoors watching sport in the late spring sunshine, or the promise of a summer holiday – are perfectly entitled to hope for a reward in the ballot box.

Johnson knows not to expect too much. There is no chance of dislodging Sadiq Khan as Mayor of London. He faces a Tory candidate as easy to see off as Johnson saw off Ken Livingstone in 2012. Scotland is not going to vote Tory. The only interesting one of the big city Mayoral elections is in the West Midlands, where the effective and respected former John Lewis CEO, Andy Street, faces a muted challenge by Labour’s Liam Byrne, who is wisely hanging on to his Commons seat. Street is focusing all his energy in the better-off Birmingham satellite boroughs of Solihull and Sutton Coldfield, with an effective Get Out the Conservative Vote operation.

Many local government chief executives appealed to Whitehall to delay these super-Thursday elections to September. Normal democratic electioneering – canvassing, street stalls, meetings, leaflet deliveries – is impossible, while the social distancing and sanitary precautions at counts will be hard to manage.

Johnson brushed away these appeals, as it suits him for the elections to take place via TV studios. The Labour Party is refusing to criticise the Government on Brexit — one of the few areas of failure, but one where the vaccine row has damaged the EU. Even so, most Labour voters, especially young ones, plus those in big cities or Wales and Scotland, remain unhappy at losing their right to travel, work, study or live in Europe.

The timetable of the easing of the Covid restrictions, combined with several more million people being vaccinated, all arrive together in May. It is not unreasonable for the Prime Minister to expect a ballot box reward — not in the sense of big wins, but avoiding humiliating defeat and thus consolidating his hold on power.

He knows that the December 2019 election was gifted to him by Labour sticking with the utterly unelectable Jeremy Corbyn. He also know that his majority is smaller than those enjoyed by Margaret Thatcher in 1987 and Harold Wilson in 1966. Neither of those majorities kept Thatcher or Wilson in Downing Street.

Johnson critics may accuse him of cynicism, but this is also a moment when what the country’s needs and desires coincide with political advantage for the Prime Minister. The Vaccination Elections of 6 May will tell us whether Boris Johnson is here to stay or not.