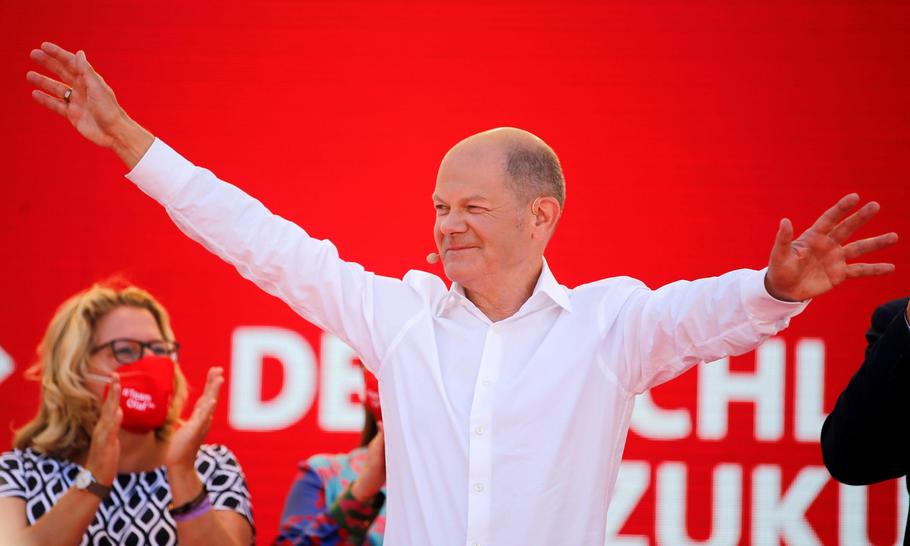 In the end, the German election gave the voters the result they wanted. After 16 years of Angela Merkel, it really was time for a change. But there was no lurch to the Left — rather a changing of the guard in the centre. Olaf Scholz, the tried and tested Finance Minister, could be trusted to ensure that a “traffic light” coalition of Social Democrats (SPD), Greens and pro-business Free Democrats (FDP) would neither stir up divisions at home nor take risks abroad. A conservative country has successfully ejected the conservative Christian Democrats (CDU) from office without spooking the markets.

With votes still being counted, it seems likely that the far Left has been kicked out of the Bundestag. The former Communists, now known as Die Linke, appear to have fallen below the five per cent threshold required for representation. There was never any chance that Scholz would include them in his coalition, however often his CDU rival Armin Laschet claimed as much. But the new parliament will have slightly fewer major parties than the last one — six rather than seven — which should make for the more stable politics that most Germans crave. Only the baleful presence of the far-Right Alternative for Germany (AFD), which held its own in the election, and is a reminder that a significant section of society is still deeply disaffected.

The redistribution of Die Linke’s seats among the other parties should strengthen the hand of the centre-Left Scholz in his negotiations with the free-market FDP. The latter’s leader, Christian Lindner, will be angling to take over Scholz’s key job of Finance Minister. If he is denied it, then the CDU will certainly offer it to him and attempt to prevent the formation of the centre-Left coalition. But giving Lindner the purse-strings is tantamount to conceding that the major fiscal reforms proposed by both SPD and Greens will not happen. The FDP is there to ensure that the interests of the prosperous middle class and the older generations will not be ignored.

This begs the question: what, then, will be the focus of the new German government? In foreign policy, the SPD and the FDP will both advocate business as usual with China and Russia. Only the Greens have called for greater emphasis on human rights and an end to turning a blind eye to tyranny.

On defence, it is a similar story: the German failure to contribute the Nato minimum of two per cent of GDP is likely to continue, with only the Greens favouring a tougher policy. Thus Emmanuel Macron’s vision of a European army, to give the EU a clout commensurate with its economic weight, is likely to remain just that: a mirage of military prowess.

It was a previous Social Democratic Chancellor, Helmut Schmidt, who in the late 1970s and early 1980s was so determined to ensure that the Federal Republic played its part in the defence of the West that in the end it cost him his job. By then he had forced the pacifists and fellow travellers to leave the SPD and form a new party — the Greens. There is a certain irony, then, that 40 years later the Greens are slightly more hawkish than the SPD. 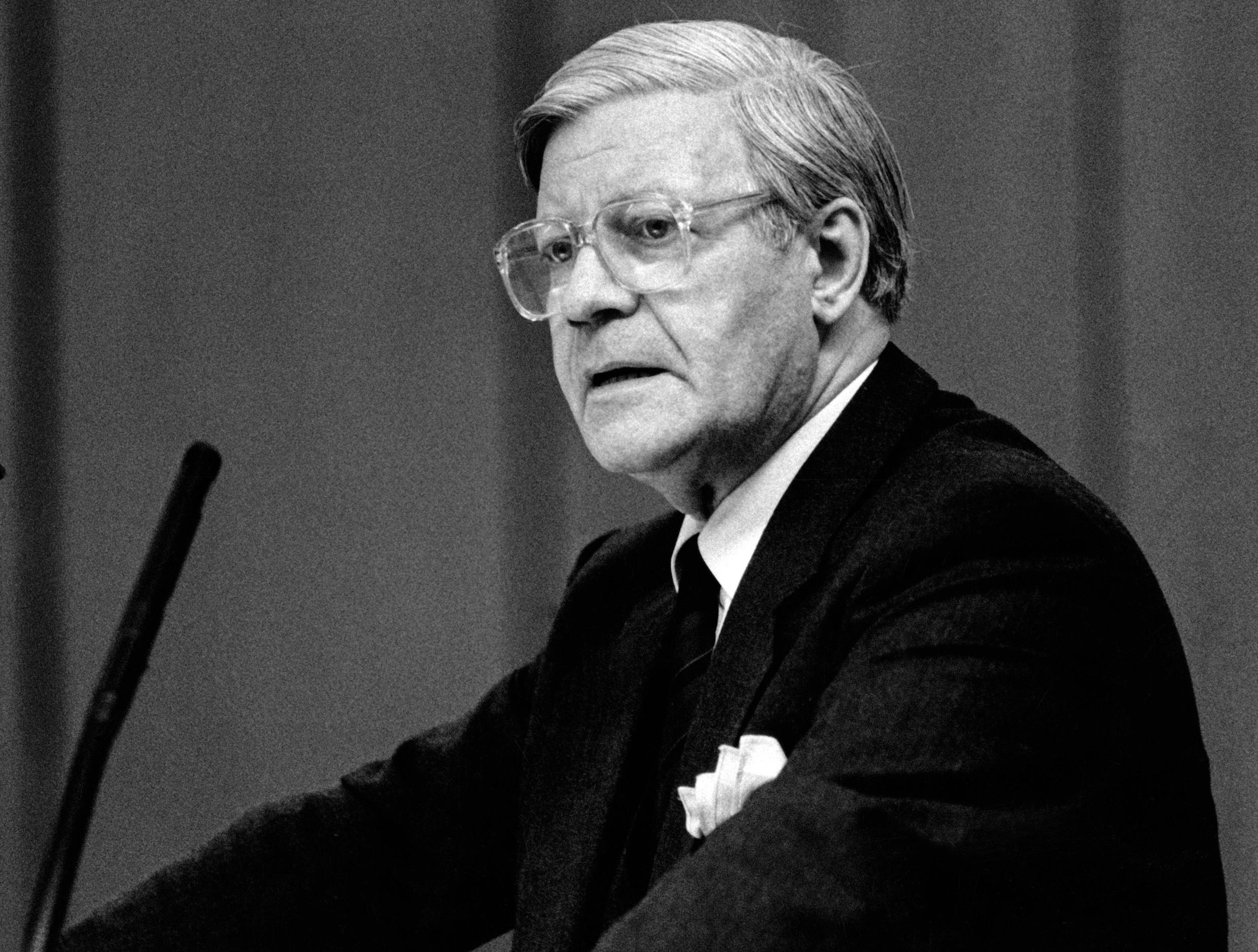 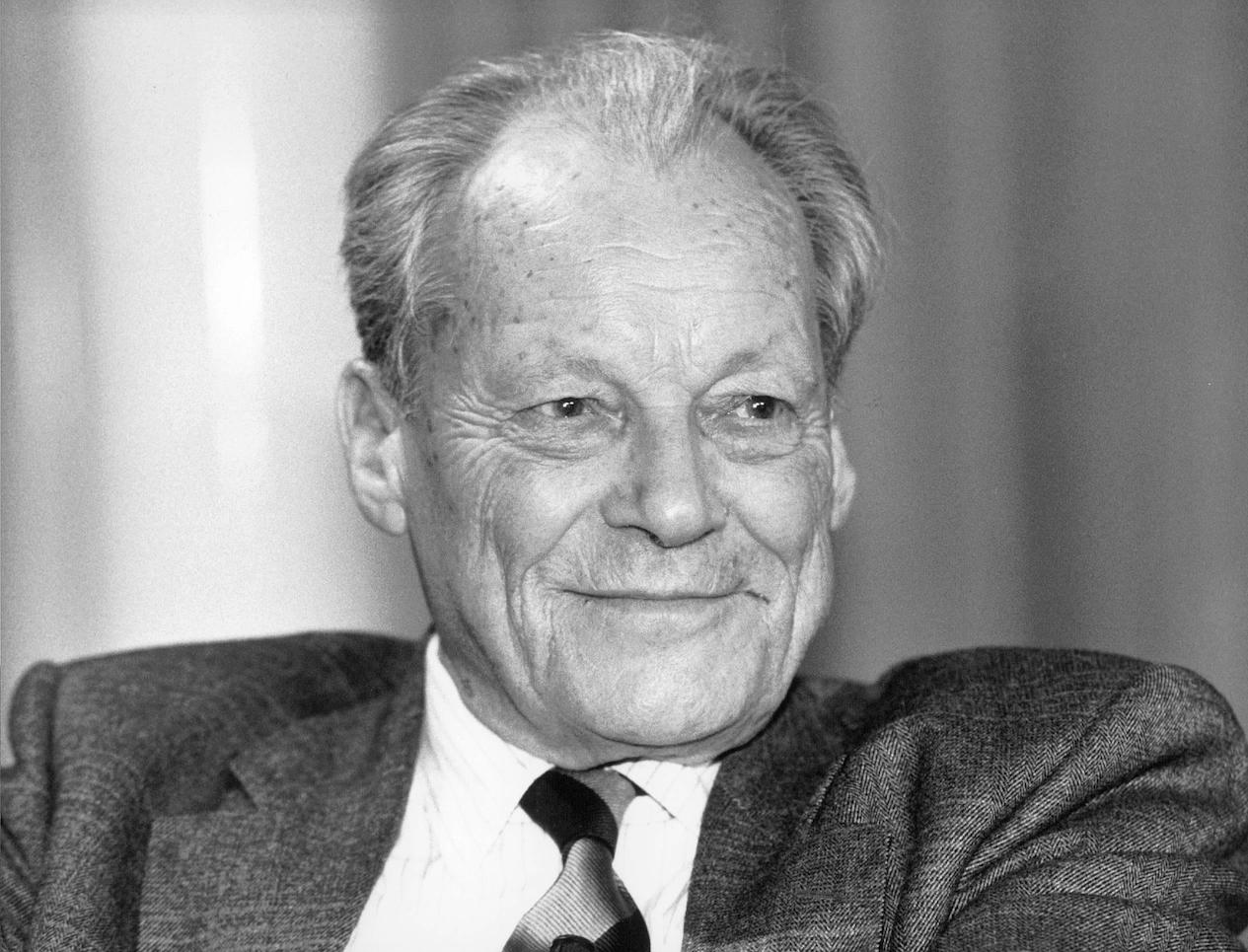 Olaf Scholz has a great deal to prove that he is worthy to inherit the mantle of Schmidt and the even more legendary Willy Brandt, the Chancellor who fell on his knees in Warsaw to atone for the crimes of the Nazis. But at least he has already arrested the decline, which had seemed terminal, of his party.

Not so Armin Laschet, the lacklustre leader of the CDU. The great Volkspartei (“people’s party”) created by Konrad Adenauer to rebuild postwar West Germany, repurposed by Helmut Kohl to rebuild East Germany after the fall of the Wall, then steered through multiple crises by Angela Merkel, has ceased to exist.

Instead, the CDU — which at its peak in the 1950s swept up more than 50 per cent of the electorate, now considers itself fortunate to have gained less than a quarter of the vote. What remains is just a leaderless rump. Adenauer and Kohl must be turning in their graves, while Mrs Merkel should hang her head in shame. This is her legacy, after all. Too many U-turns, too many compromises, too many times when the lady was for turning. And she left it too late to find a successor. The 2021 federal election was to have been the moment when she left the stage in triumph. Instead, the curtain has fallen not only on her 16 years of stewardship, but on her party too. Laschet will presumably be removed as soon as possible, but whoever replaces him — perhaps the Health Minister Jens Spahn — will have a daunting task. The great party of German reconstruction must now reconstruct itself.

For the first time in the postwar era, Germany has elected a federal government that will embrace three parties, ranging from the environmentalist Left to the free market Right. It could prove to be either a pantomime horse or a ministry of all the talents. Much will depend on the coalition negotiations which will probably last for months rather than weeks, perhaps even into the new year. Mrs Merkel will, of course, be the caretaker while the horse-trading goes on. During these talks, her last service to her country should be to act as an honest broker. That means not doing favours for her own party, the CDU, which will be waiting in the wings in the hope that Scholz will fail to bring together such ideologically disparate bedfellows. For all her faults, Chancellor Merkel has always put the national interest before her party. Germans will trust her to do the same during this transition.

It is in Europe’s interest that Germany should have strong and stable leadership, as it has done for most of the past 70 years. Britain, too, needs a German partner that is ready to bury past differences. We can only hope that Olaf Scholz will prove to be as pro-British as the great Social Democratic leaders of the past, Brandt and Schmidt. That would be in Germany’s interest too. Once the new coalition takes shape, Boris Johnson should waste no time in building a new relationship with this new Germany.