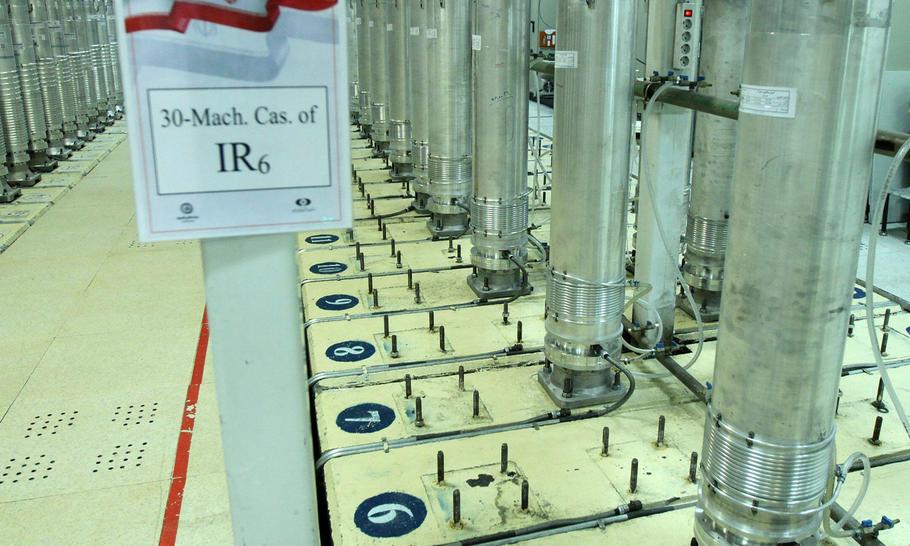 Our fraught international relations increase the danger of nuclear proliferation and conflict between nuclear powers. Donald Trump withdrew the US from the Joint Comprehensive Plan of Action (JCPOA) in 2018, abrogating the nuclear deal with Iran which America had signed in July 2015 with the other permanent members of the UN Security Council — Russia, China, France and the UK — plus Germany and the EU. Trump then implemented crippling new sanctions on shipping and Iran’s banks, directed at the heart of the Islamic Republic’s economy: its oil sales. Iran is OPEC’s fourth largest producer. The punishment was levied for its “malign activities” in the Middle East and its continuing development of ballistic missiles.

The JCPOA took a decade to negotiate and curtailed Iran’s production of the weapons-grade uranium needed for nuclear warheads, and so reduced the risk of war with Israel. Obama lifted some economic sanctions as a result. The International Atomic Energy Agency (IAEA), accountable to the United Nations and a respected independent body with sixty years’ experience of inspection, was charged with validation of the agreement. Iran’s nuclear sites became the most monitored in the world. The IAEA, acting as both guarantor and on-the-ground inspector, reported a high level of Iranian compliance which continued for several months even after the US withdrawal. The JCPOA worked. It relied on validation not trust — of which there was precious little. A functioning diplomatic achievement was wantonly destroyed by Trump and the Republican Party.

The EU tried to palliate the effects of Trump’s new sanctions to little avail; any bank doing business with Iran would forfeit its business with the US. Banks were not going to lose profitable links with the US by continuing banking with the Islamic Republic. Despite sanctions-busting shipments of oil to countries such as China, the Iranian economy took a big hit, playing into the hands of the US’s worst enemies, the Islamic Revolutionary Guards corps (IRGC).

The US reneging on its commitments and imposing debilitating new sanctions on Iran had two consequences, one direct, one indirect. The Islamic Republic retaliated by setting its advanced centrifuges spinning (pictured above) and may now be making 60% enriched uranium (90% is weapons grade, a limit of 3.67% was agreed in JCPOA). The second consequence was indirect. Iran’s hardliners blamed the relatively moderate President Hassan Rouhani for trusting the Americans and for the parlous state of Iran’s economy brought on by the new sanctions. Rouhani lost the 2021 Presidential elections as a result. Sayyid Ebrahim Raisi, a Robespierre-like figure involved in post-revolutionary executions of the 1980s, closely aligned with the ultra-conservative Supreme Leader, Ali Khamenei, to whom the (IRGC) answer, became President. Iran’s nuclear future was now in the hands of hardliners.

Emboldened by Trump’s policy of “maximum pressure”, Israel greeted Raisi’s election with a drone attack on a site in Karaj where advanced centrifuges were being made. The Israelis had assassinated Mohsen Fakhrizadeh, head of Iran’s nuclear programme, in 2020. In April 2021 an underground nuclear facility in Natanz was targeted. The background to these military actions was a progressive decline in the time Iran needed to assemble a nuclear weapon: “breakout time”. The JCPOA had pegged it to one year. Breakout time is now estimated to have dropped below three months. Thus the threat of a nuclear-armed Iran has significantly increased and with it the prospect of a major Israeli-Iranian conflict.

Since 27 December 2021, diplomats from the five members of the UN Security Council and Germany have been gathering in Vienna at the Palais Coburg for an 8th session of talks attempting to re-establish a version of the JCPOA. The Americans sit in a separate room. Iran refuses to negotiate with them directly until Trump’s sanctions are lifted. Hossein Amir-Abdollahian, the Iranian Foreign Minister, told Al-Jazeera on 6 January: “Lifting sanctions means lifting all forms of sanctions stipulated in the nuclear agreement, and the sanctions that Trump re-imposed contradict the terms of the agreement.” “Compliance for compliance” — tough talk perhaps mainly for Raisi’s domestic audience, as there has been some “back-channel” contact.

President Raisi seems set on becoming the next Supreme Leader. Raisi’s concerns, and those of Iranian chief negotiator Kani, are national security and avoiding any major rift between Raisi and the present Supreme Leader, Ali Khamenei, believed to be his patron. Hence the Iranian red lines on re-establishment of the JCPOA: first, full lifting of nuclear sanctions, then a period to verify that sanctions have been lifted, plus a guarantee that the US will not renege on the agreement again. Given the aggressive stance of the Republican Party with Trump a possible Presidential candidate in 2024, and Biden’s current low ratings, a guarantee is impossible and the Iranians must know this.

Two Spanish-speaking diplomats carry a big burden in the coming weeks: Enrique Mora, the EU’s Deputy Secretary-General of the European External Action Service, acting as coordinator for the negotiations, and Raphael Grossi, director-general of the IAEA for the last two years. Grossi, who is a graduate of the Pontifical University of Argentina, was formerly the Argentine ambassador to Austria. He has (at least) six other nuclear sites to worry about. The main nuclear fuel enrichment plants, Natanz and Fordow, the latter with 166 advanced centrifuges, remain under IAEA surveillance. Thanks to Grossi, IAEA cameras were recently re-installed in Karaj to monitor centrifuge production, despite Iran’s fears that the Israeli attack of June 2021 was possible because the cameras had been hacked.

The mood music in the Middle East sounds more promising. Pressures from the Biden administration have somewhat eased Sunni-Shi’a tensions, most notably between Saudi Arabia, the Gulf States and Iran. This worries Israel. Begun under the more amenable President Rouhani, meetings in Baghdad between the Iranians and Saudis have continued. Ali Bagheri Kani, the Iranian deputy-Foreign Minister, has visited Abu Dhabi for talks. As things stand, President Raisi’s choice is between compromise that could scupper his chances of becoming Supreme Leader or no-deal, with continuation of the current level of economic disruption — which could also blight his chances. Shi’a Islam holds that both possession and use of nuclear weapons are haram, forbidden. And so Iran may only be seeking the capability to assemble a nuclear weapon. China signed a 25-year cooperation deal with Iran in 2021 and could influence the decision.

Biden faces a difficult choice too. Softening of the US position would be a gift to the Republicans, would cost the Democrats votes, and could help bring back Trump. The IAEA comes centre stage in any agreement: for example, synchronised with lifting of sanctions, Iran’s highly enriched fissile material is shipped out and agreed rigorous inspection protocols become operational. Will Iran return to full compliance and will Mossad stay the hand of a hardline Israeli government so that outright war between Israel and Iran is avoided?

At the moment the message from the US and the EU coordinator of negotiations, Mora, is: “Time is running out.” Every week lowers breakout time. The sooner Trump goes away or goes the way of Al Capone (the taxman got him jailed), and the Republican Party comes to its senses, the sooner we can sleep a little more easily.

Iran Israel The US Trump