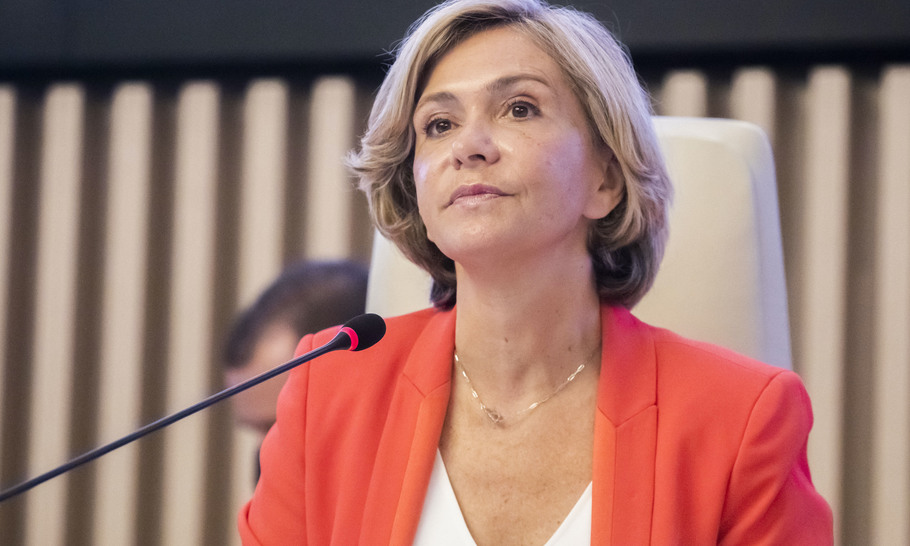 The latest twist in French politics has echoes of the superb Netflix drama series Baron Noir, which centres on a ruthless provincial politician who helps a young female socialist to become president and is then discarded by her. The real presidential race in France has just been electrified by Valérie Pécresse, who this week threw her hat in the ring. This chic and sharp-witted former protégé of Sarkozy, who aspires to become the standard-bearer of the centre-Right, now heads the Ile de France regional council, which includes the capital. She is the fourth candidate to declare, the other three being her fellow conservative Xavier Bertrand, the National Rally’s Marine Le Pen and President Emmanuel Macron himself.

Though successful on the Parisian stage — notably with her post-Brexit policy of “rolling out the red-white-and-blue carpet” to bankers — Mme Pécresse, 54, may have her work cut out to break through at the national level. Compared to the more populist Bertrand, her rival for the endorsement of the Republicans (the former Gaullists), she is seen as a typically aloof and elitist Parisienne. Above all, however, she is a woman.

France still awaits its Thatcher or Merkel moment — and that is no accident. Though Simone de Beauvoir has a claim to have invented modern feminism in 1949 with her book The Second Sex, 70 years later her fellow countrymen apparently still have a problem with the idea that women are not, after all, second-class citizens. Female French politicians are still patronised and judged by their looks to a degree that would dismay their British counterparts. For them, it is no wonder the Élysée Palace remains on the far side of a glass ceiling.

Mme Pécresse has not escaped the curse of Gallic sexism herself. Both highly feminine and a fierce feminist, she does not underestimate the task of smashing that glass ceiling. “We are very, very discredited because we are women,” she said in an interview for The Times. “I’ve heard my male colleagues say outrageous things, including at the top of the state, but that’s not a problem because men are by definition leaders.”

There is, of course, one exception. Perhaps the biggest obstacle to the ambitions of Mme Pécresse is another woman: Marine Le Pen. “It’s a paradox,” she says. “She’s never attacked when she makes a gaffe, but when other women do it they are called daft cows.” The far-Right tribune has solid support in la France profonde and polls show her running neck and neck with Macron on about 25 per cent. The less familiar names of Bertrand and Pécresse appeal to many fewer voters at present, about 18 and 15 per cent respectively. But with nine months to go, there is everything to play for.

One key factor is the uniquely French two-round system for electing the president. After the first round, only the two leading candidates go forward to the second. In practice this has meant that Le Pen, with solid support from about a quarter of the electorate, is almost guaranteed to survive the first round, but is doomed to lose in the second round duel, as voters for the other eliminated candidates throw their support behind the more mainstream candidate, usually the incumbent. The 2022 election looks like a re-run of the 2017 contest, with Macron trouncing Le Pen in the second round. If, however, a more liberal conservative candidate were to make it through to the second round, he or she would stand an excellent chance of defeating the President.

This is where Mme Pécresse fits the bill. If she could see off Bertrand and woo the centre-Right bloc of voters who deserted the Republican leader François Fillon last time, after the former Prime Minister was disgraced by a scandal, she would have a decent shot at getting into the second round. In a straight fight with Macron, her patrician image would hardly count against her, as he is no less of an elitist than she. Under close scrutiny, she should get credit for her strengths: she speaks four languages, has brought up three children and has a refreshing no-nonsense attitude to the immense challenges that will face France after the pandemic. “Je veux remettre le pays en ordre,” she told Le Figaro this week. “I want to sort out the country.”

Unlike President Macron, who often seems to identify himself with the likes of Charles de Gaulle or Napoleon, Mme Pécresse seems to have no delusions of grandeur. Though she is the daughter of an economist rather than a grocer, she has something in common with Margaret Thatcher: a steely determination to restore her country’s pride in its achievements without being deflected from her chosen path of reform. Will we, in five or ten years’ time, look back on the Pécresse revolution of the 2020s, as we still do on the Thatcher revolution of the 1980s? Perhaps; but first of all Valérie Pécresse must survive the ordeal by media to which she will certainly now be subjected. Not much has changed in the three centuries since Molière observed: “Here in Paris, they hang a man first and try him afterwards.” He might have added: even more so if you are a woman.