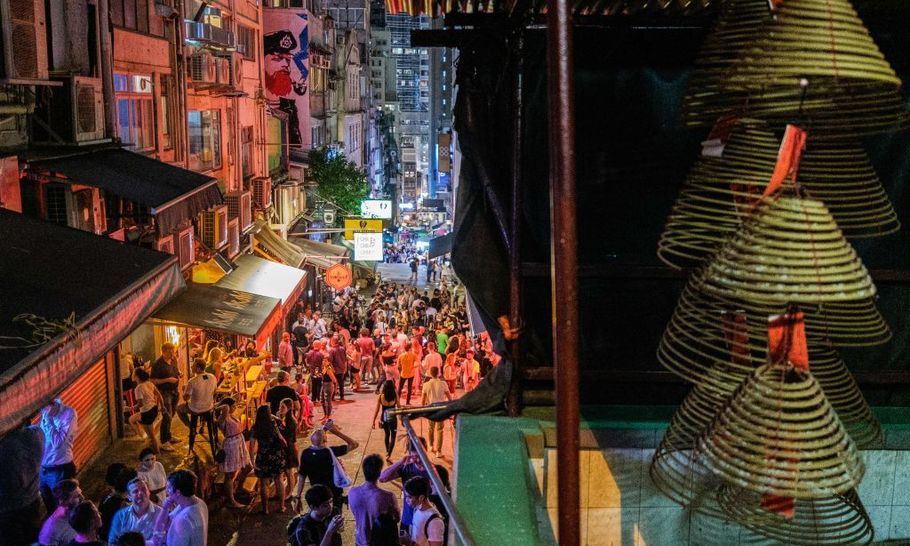 A serious shift in the UK’s relations with China is underway. It isn’t the first time we have moved from an almost exclusive focus on economic matters to issues of security. Yet, the current switch is occurring at a time of high geopolitical uncertainty, and angst about China’s ambition and behaviour. At the same time, the United States government is alleged by a former high ranking official to be unreliable and unserious in its own approach to China, and our former EU partners, with whom an end-2020 trade agreement remains elusive, is developing a new strategy to confront and engage with China.

The US elections may bring us all back on to the same page, but regardless, we should cosy up to the EU on China strategy without delay. The fact that unity of approach is what China fears most says everything.

The revelations in The Room Where it Happened, an account by former US National Security Adviser, John Bolton of his 17 months working for Donald Trump’s Administration, have been reviewed among considerable controversy. Trump’s China approach has received particular attention. In spite of his occasionally tough-sounding rhetoric and tweets, it is alleged that his sole interest was in himself, that is, in getting China to agree higher Chinese purchases of agricultural goods, to help his 2020 re-election campaign. In one section on the China trade negotiations, Bolton refers to a “stunningly uninformed”, erratic and incompetent US president, who was desperate for the friendship of Xi Jinping, and for his support.

To the extent that Chinese leaders have a preference other than ensuring China is the winner of the US elections, it is hardly surprising that they might favour another four years of Trump. For them, trade tariffs, restrictions applied to Chinese tech companies, and other sanctions are a small and short-term price to pay for what they almost certainly regard as the accelerated decline in US leadership, influence and respect, which most people lay at the front door of Donald Trump’s White House.

This should be rather shocking for UK policymakers. Last month, a YouGov poll reported that 47 per cent of over 2,500 respondents saw a China superpower as more of a threat, while just 11 per cent saw it as more an opportunity. Other survey evidence suggests that a majority of UK citizens have not only become more aware about China in the wake of the pandemic, but also more anxious about its designs and ambitions. Indeed, they are not alone.

Distrust of China’s conduct through the development and unfolding of the pandemic and over China’s trade practices are just the tip of the iceberg. Other criticism includes charges of political over-reach and bullying, interference (as opposed to the more ubiquitous peddling of influence by all nations), and the pursuit of values and standards which sit uncomfortably in a wide array of nations. Pushback against China has been rising in many countries, including in the member states of the EU.

The EU has changed its perception of China between 2019 and 2020 from a “strategic partner” to a “systemic rival”. Recently, moreover, European Commission President Ursula von der Leyen pressed China in a virtual summit to deliver finally on market access promises and conclude tedious bilateral investment agreement negotiations. The EU’s foreign affairs chief, Josep Borrell, demanded that member states and the EU pursue a “more robust” strategy regarding China.

For years, trade and climate change were almost the only things that EU countries really cared about. Now though, they have become not only more sceptical about China on both counts, but additionally vocal on an array of issues. These include: China’s development of digital money as a way of promoting its own currency and influence; governance in the UN and other global bodies; military activities in the South China Sea; the security of Taiwan; and most recently, of India.

At the same time, the EU wants to agree important things with China, covering support for the multilateral system, climate policies, vaccines, urban planning and sustainable development. In these areas, the US has pretty much gone missing — at least for the time being. The EU aims for constructive engagement  but “for a new era” as the Chinese side might say. It seems to be realistic about China’s current, mostly negative, stance, but believes it is important to speak with a strong, united voice to win respect.

The UK should get on board with our former EU partners, and quickly. There is a long list of things China would like from the UK, and vice versa, and our position would be all the stronger for being aligned with the EU’s larger size and leverage.

China would like the UK to be compliant about and supportive of its narrative as it affects, for example, Hong Kong, Taiwan and Tibet, Xinjiang, human rights and the South China Sea. It would like us to support its economic growth and global governance ambitions. It wants corporate access to UK technology firms, commissioning access to research and development at UK universities, and, as a model for other developed nations, investment access to key sectors such as telecommunications, nuclear and other energy, and high speed rail. And then there’s the City, which could help China gain access to global finance, and serve the interests of China’s own centres, like Shanghai and Shenzhen.

There is no question that the UK has its own interests, notably trade with and investment in China, including a bigger role for UK financial services firms in China, more business for the City, and the promotion of the UK education sector and other services. Moreover, the UK also sees opportunities in engagement as they affect climate change, medical and pharmaceutical research and supplies, and the management and lowering of tensions across Asia.

Yet, the climate for cooperation and collaboration is currently poor.

The British government is under pressure, including from its own MPs, to reverse or dilute the decision to allow Huawei into the 5G telecommunications infrastructure roll-out. A decision is expected soon, amid negotiations with Japan’s NEC and South Korea’s Samsung as alternative suppliers.

The UK government was angered by the passing of a new National Security Law in Hong Kong, which in effect extends China’s arbitrary and repressive legal powers. Britain offered a path to UK citizenship for up to 3 million Hong Kong citizens, an announcement that aroused the ire of China, which threatened reprisals.

The UK is anxious to secure a free trade agreement with the US, but doing so may well mean not being able to do one with China, if the terms of the new US-Canada-Mexico deal are an example. This would raise China’s hackles too. Moreover, the UK seems to want to make a stand against what is seen as a Chinese challenge to the rules-based global system. Not that China doesn’t want rules — but rather, the nature of the rules that China wants everyone else to follow are largely unacceptable.

Engaging anew with China should be a strategic goal of the British government, but in the frostier commercial, post pandemic, security-conscious world of which we are part, our best interests would be to align closely with the EU, and after November, hopefully, alongside a more reliable US.

Britain China The EU The US