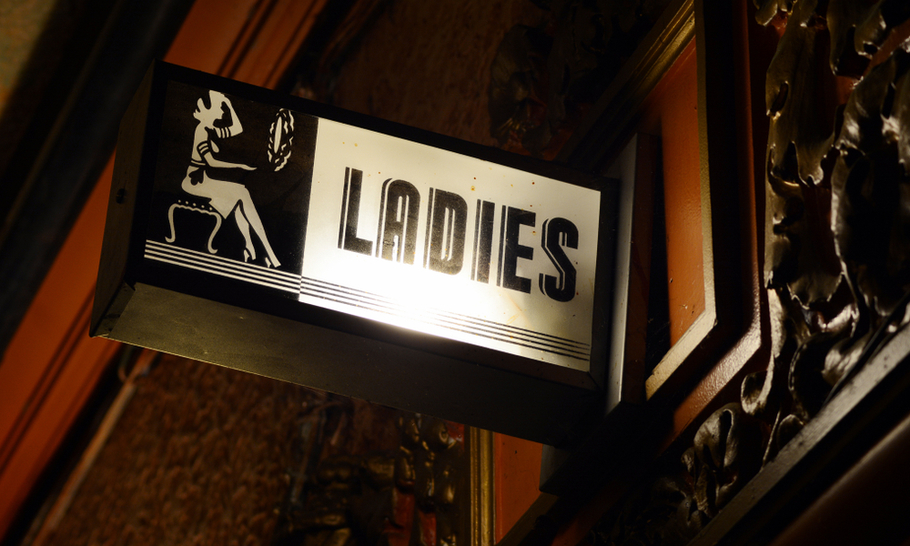 Last week, the House of Lords debated the merits of single sex toilets. Yes — we have indeed arrived at a strange place. The debate’s initiator, the Conservative Peer Lord Lucas, became an unlikely hero among radical feminists and cross-party gender-critical women.

Lord Lucas asked Her Majesty’s Government “What plans they have to ensure that at least half of the communal changing or toilet facilities offered in public buildings are reserved for women only”. He observed that institutions have begun converting their toilets from “Ladies and Gents” to “gender neutral”. Lord Lucas asked “Has there been research into why this is a good idea? Have needs been identified? Have women been consulted?” These were surely rhetorical questions. We know that the answer is no.

To a further rhetorical question: “Who is disadvantaged?”, Lord Lucas gave the obvious answer: “Women who prefer not to be in an enclosed unobserved space with men”. You might wonder why we even need the debate.

Because, isn’t that surely, all women? Since the dawn of time? And for good reason. For me it began with a young woman called Mona Blades. In 1975, when I was 11 years old, she disappeared – in an isolated part of rural New Zealand. Her body and belongings were never found. From the beginning, people assumed she was murdered. We will never know. It was hard for an 11 year old girl to hear the talk, absorb the horror, feel the fear. Her last hours, her last minutes? Roger Scruton said that ‘each moment of your life is eternally there’. That’s how I feel about Mona Blades. The vile deeds of rapists and murderers violate the universe forever. Now that I am older, I think about Mona’s mother.

Recently Tom Chivers wrote in Unherd about an old cliché. He said that new fathers of daughters tend to have a wave of newfound feminist feeling. He said that while this old “trope” is often mocked, it shouldn’t be. It is as an empathy valve opening. Chivers said, of fathers, that suddenly: “They couldn’t not feel themselves in the place of their daughters walking down a dark alley at night.”

So to all the fathers, who haven’t yet entered the “toilet wars”, imagine this. You have taken your 13-year-old daughter to the theatre. Late in the interval, to avoid the queues, she goes off to the loo. She’s happy, she’s hurrying, and she doesn’t notice that it’s a newly-woke gender-neutral affair. She goes into the cubicle and emerges moments later, hands still fumbling at her fly. As she turns to the door, she sees that a man has come in and closed the door behind him.

They are alone together in an enclosed unobserved space. For a split second they stare at each other, then shuffle awkwardly past with a wide berth. Your daughter realises during the second half of the show that she can’t concentrate so much. Later at home she lies awake and bizarrely finds herself thinking that she had a narrow escape. She vows never to find herself in an enclosed, unobserved space with men.

Why should girls be exposed to this fear? Why should girls be exposed to this risk? Why, when Lord Lucas could answer his own rhetorical question so easily, do we even need to have the debate? I’ve seen some people try to argue that the fear is misplaced. But it is deep in our bones. It helps to keep us safe. Psychologist, Joyce Benenson, said “fear is a girl’s suit of armour”.

But I don’t want to paint women as victims and men as aggressors — the vast majority of women and men are neither. But there is another reason why we want our women-only loos. That is, camaraderie. It has been frayed of late. I sometimes feel that the more we have pushed for equality between the sexes, the more we have loosened bonds within them. Though none of us would want to go backwards, there is some loss in that.

But it isn’t all gone. One of the places female camaraderie emerges is the female toilet. At nightclubs, young women sit on the sinks and share make-up (or they once did). Someone told me how they went to the loos at the cinema to find a grandmother standing in her baggy M&S knickers, with her grand-daughter. They were laughing and talking with other women, while the grandmother washed some spilled orange juice from her trousers. It sounded like a happy moment, a good moment for all the women and the little girl.

Why are people pushing to take this space and camaraderie away from women? We know where the original drive comes from — a small number of extreme trans activists. But there are many trans people who are not behind them and who are as concerned as everyone else at the enormous loss we face in terms of women’s camaraderie, dignity, sense of security, and safety.