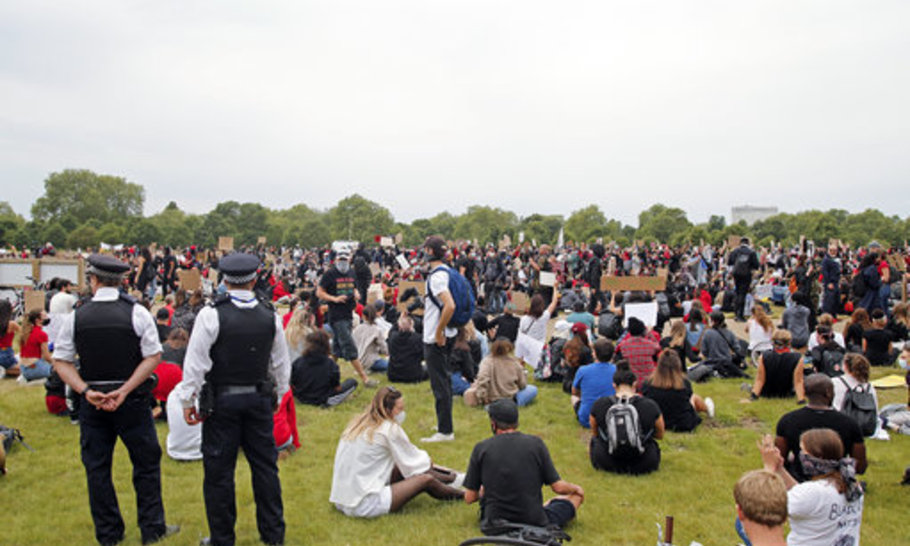 Just as much of the country was getting back to something like normal, Covid-19 is coming back again — and so are new restrictions. The sudden rise in infections (which have just exceeded 2,000 for three successive days) is alarming Government scientists. They fear that families and friends are no longer distancing and hence risk spreading the coronavirus between generations. “If we stop social distancing,” warned Chris Whitty, the Chief Medical Officer, “Covid comes back.”

The experiment of lockdown, however, has been so costly and traumatic that this time ministers will have a harder time gaining public compliance. Even before Boris Johnson had announced that all gatherings of more than six people, with certain exceptions, would be banned until further notice, voices within his own party were openly questioning the wisdom of clamping down on social life. Police have complained that existing rules are hard to enforce, and so the Government has simplified them by imposing a blanket ban, on pain of fines of £100, up to a maximum of £3,200.

Sir Edward Leigh, one of the shrewdest of Tory backbenchers, warned Matt Hancock in the Commons that the Health Secretary was in danger of becoming the emperor with no clothes: “Fewer and fewer people are listening to the Secretary of State, particularly young people.” Leigh, like many senior citizens, would prefer less draconian measures that protect the elderly and vulnerable without forcing the young to curtail their lives. On this, at least, Sir Edward speaks for England.

There is some evidence that voluntary segregation of the generations has been taking place, which may explain why hospitalisations and deaths have been so low. What happens within households, however, is impossible to police. The new ban is intended to “reduce social activity”, as the Health Secretary bluntly put it, in the hope of preventing a sharp rise in the death toll over the winter months. In the early days of the pandemic, the Government was accused of dragging its feet over introducing the lockdown. This time, ministers are determined to pre-empt such criticism by acting immediately.

Hancock will have his work cut out. The sense of dread that pervaded the entire kingdom last March and April has vanished, perhaps for good. It will not be easy to persuade younger people, who are now known to be at very little risk without co-morbidities, that their elders may still be in imminent danger of death. Anecdotal evidence suggests that a new attitude has replaced the surge of solidarity between generations at the height of the pandemic. Now it is a case of every man and woman for themselves.

This absence of anxiety, for the moment at least, may have the paradoxical effect of saving ministers from the political consequences of their own actions. If the ban on gatherings of more than half a dozen were taken literally, the Conservatives would undoubtedly be seen as the anti-party Party. As it is, however, the British will probably muddle through as usual, with police using a light touch and trusting the public to use common sense.

The impact on mental health of the various measures designed to protect the vulnerable has yet to be comprehensively assessed. All the indications are, however, that it has been both huge and catastrophic. Loneliness is a killer, more slowly but no less certainly than the virus. The NHS urgently needs to find a scientific way of balancing the risks of isolation against those of infection. It also needs to address the imbalance of resources between Covid and other life-threatening conditions, which are now killing patients much faster than the pandemic.

If the Prime Minister wants to carry the nation with him through the next phase of the crisis, he will need every ounce of his gifts of persuasion. His own ordeal at St Thomas’s is now receding, but it is etched in the public memory and he is entitled to use it to gather support for a new effort to prevent a return to the mortality levels that shocked us last spring. Yet the new watchword cannot be a campaign against all social contact. It was Boris Johnson himself who has appealed to parents to return children to school and workers to return to their offices. While the new ban exempts both schools and offices, such exemptions will surely need to be extended. Sport is already an exception, so why not the arts?

If workplaces are exempt, what about other “Covid-safe” spaces? Why shouldn’t venues and events which the old are unlikely to frequent, such as night clubs and popular music festivals, be exempted? After all, the clubs of Pall Mall and St James’s are functioning again, despite the fact that they cater almost exclusively for an older age group. Business is not the only thing that is desperate to get back to business — and the Tories must not be seen to be favouritising their friends.