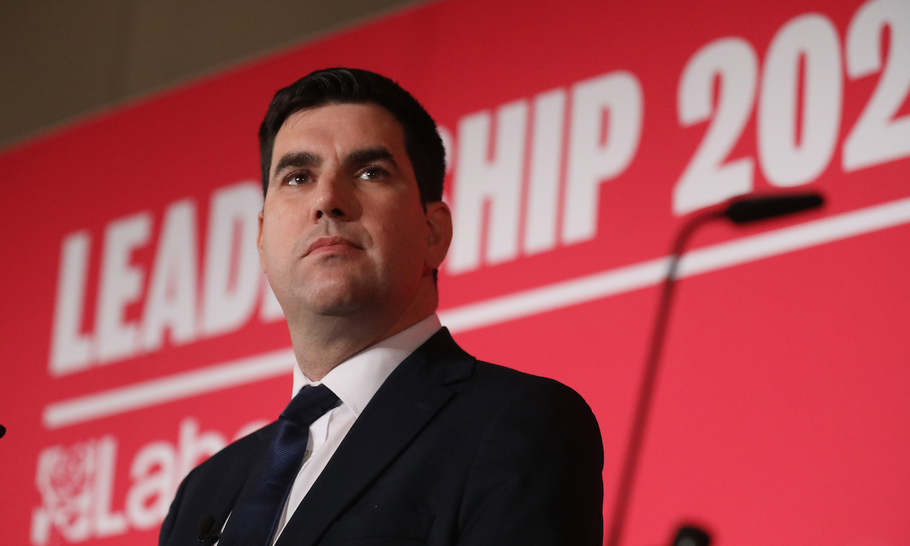 Richard Burgon, one of the Labour Left’s deputy leadership hopefuls, surprised some pundits this week with his unveiling of a new “Labour Peace Pledge”. At a campaign event in Oxford on Wednesday night, Burgon said Labour “would not endorse, or back, or support military action, unless the members gave it their explicit approval”.

The commentariat was quick to jump on Burgon’s proposal, branding the plan ridiculous. Oliver Kamm, writing for CapX, argued that it “might be Labour’s stupidest idea yet”. More importantly, Lisa Nandy, a contender for the Labour leadership, hit out at Burgon. “I can’t disagree with him more,” she exclaimed. “At times in our history there have been moments when we have had to stand up and go to protect people all over the world. In Sierra Leone and Rwanda, those people couldn’t wait for us to go and ballot Labour Party members. I think everyone in this party understands that.”

Nandy is right in that it is difficult to see how Burgon’s Peace Pledge would work in practice. Conflict, by its nature, is fast-moving. Waiting even a couple of days before making a decision can cost lives.

However, while Burgon’s proposal appears unrealistic and in practice would be hugely difficult and cumbersome to implement, the sentiment it expresses is tapping into a public mood that has been developing since the invasion of Iraq in 2003. Burgon’s Peace Pledge allows for exceptions, in cases of “genuine national emergency” or when an intervention has already secured the backing of the United Nations. Recent research compiled by the British Foreign Policy Group reveals that any recent UK military interventions that did not fall into these categories were either not approved of by the public at the time, or have been regretted since.

Indeed, in 2003 an average of 54 per cent of people thought that the decision to go to war with Iraq was right. Since then, however, the tide of public opinion has turned away from the war. By 2012, 58 per cent of Britons said that the UK had been wrong to go to war in Iraq, not least because the Iraq war was not authorised by the UN.

In general, the public are much more likely to support military intervention if it does have approval from the UN. 74 per cent of respondents would have supported war with Iraq if a UN resolution in favour of military action had been secured.

The figures for support of military intervention are noticeably lower among Labour Party members. This raises an important point about the democratic legitimacy of Burgon’s plan. Labour’s membership is at around 580,000 — a small subset of the population. For a government to consult only this group on military action would deny that action the kind of legitimacy that Burgon’s plan is attempting to achieve.

Burgon’s critics note that his pledge makes no reference to Nato Article 5 — the principle of collective security that commits members of the alliance to protect each other. This might be a valid criticism if Article 5 were regularly invoked.

In fact, Article 5 has only been invoked once by Nato, less than 24 hours after the 9/11 terror attacks on the US. With tensions between Nato allies such as the US and Turkey on the rise, it is unlikely that collective defence is at the top of any member’s agenda. If Article 5 were invoked, however, the UK would be in difficult territory. Perhaps such instances would be classed as a “genuine national emergency”, thus avoiding a breach of the alliance.

Even so, it is clear that Burgon’s proposal needs fleshing out: its democratic legitimacy, its precise conditions, and especially in what constitutes a “national emergency”. Still, increasing the number of checks and balances on proposed military intervention might not be a bad idea, at least in the public’s eyes. Cases where UK military intervention has been subject only to limited scrutiny have drained public support for intervention overall. An Opinium/Observer poll in 2013 found that 71 per cent of voters said they felt that recent military actions in Libya, Afghanistan and Iraq had made them less likely to back other UK interventions abroad.

The unpredictable nature of conflict and the need for military intervention means that it is difficult to see how a Labour membership consultation would work in practice. What commentators should bear in mind, though, is that the public mood has shifted. Voters are not willing to support British involvement in conflict without various forms of authorisation. Burgon’s Labour Peace Pledge may yet prove to be popular with the public.