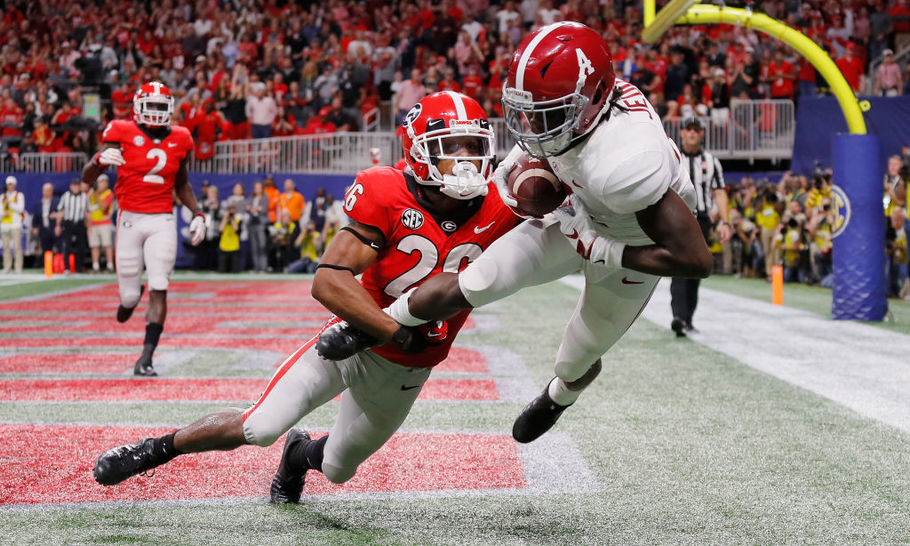 Here in America, we’re thinking the unthinkable. Not pulling out of Nato, not Donald Trump winning a second term, but the cancellation of football — our football — the armoured and helmeted stepchild of rugby and soccer that is our national obsession from September to New Year’s. Surely even Covid-19 could not be so cruel as to deprive us of our war-like and glorious spectator sport. Football, especially college football, is so interwoven with the American psyche, so much a fixture of the American autumn, and such a cherished ritual, uninterrupted for 150 years, that skipping the 2020 season would be like scrapping Christmas.

Unfortunately, things aren’t looking good. The nation’s foremost immunologist thinks full-dress football as we’ve always known it, with bands, cheerleaders, and thousands jammed in the stands, will be tough to pull off during a global pandemic. Dr Anthony Fauci says, “If there is a second wave, which is certainly a possibility and which would be complicated by the predictable flu season, football may not happen this year.” Donald Trump, never slow to deny science or contradict an expert, dismissed Fauci,  insisting the doctor knows “nothing” about football, and besides, as he insisted in a Fox News interview broadcast on 19 July, the virus is “going to disappear.”

At the moment, the NFL plans to go ahead and play, beginning in August. Universities are still hedging their bets. The NFL claims their coronavirus “protocols” such as constant testing, forced social distancing on the team bus, and locking down the team hotel, will make the game safe. No one from the professional league has yet explained how social distancing will be accomplished on the field as some 320-pound defensive end knocks a 195-pound wide receiver to the ground. Perhaps they will wear Hazmat suits over their pads? At least 72 members of NFL franchises have already tested positive for the virus and the players’s union isn’t terribly excited about holding a “normal” full-dress game schedule.

Professional players get paid millions to put their bodies on the line, risking broken limbs, torn ACLs, snapped spines and degenerative brain disease. College players are supposed to be “gentleman amateurs,” blocking and tackling for the love of the game and the honor of their alma mater. These 19 and 20 year-old boys get food, a free room, free tuition and all the Nike gear they can stand, but no money. While the coaches and the academic administrators of the university are mostly white, and very well-paid, sometimes into the millions of dollars, the players are predominantly young men of color (at least 60 per cent African American in the top five football conferences), whose presence in an institution of higher learning depends largely on their athletic talent.

With television contracts, merchandising, and other post-season games, they make a lot of money for their universities. The United States is the only nation in the world which monetises a sport played by students: college football players makes around $10 billion a year for college football’s governing body, the National Collegiate Athletic Association, as well as their universities. Texas A&M University averages $148 million a year; the University of Alabama, winner of 17 national championships, brings in about $165 million every year. Those universities (along with many others) report dozens of players who have tested positive for coronavirus.

The players don’t see a penny of the money they help make. They are essentially indentured servants. In the top football universities, players were summoned back to campus this summer for in-person “informal practice,” with running, weight training, and tackling drills. Actual university classes are all on-line, with no human contact. The players, especially the African American ones who are well aware that they, along with Latinos, have been hit harder by the virus than other ethnic groups, realise they’re being forced to expose themselves to a deadly virus to plump up university budgets.

The pandemic, combined with the murder of George Floyd by police in Minneapolis and the resulting Black Lives Matters protests, has galvanised college players. Some smaller institutions have made the tough choice: the Ivy League, home of Harvard, Yale, Princeton et al., along with the Mid-Eastern Atlantic Conference, comprised of historically-black colleges and universities, have dropped all autumn sports for 2020. The big powers of football, the conferences of the South, West and Midwest (coincidentally the parts of America where coronavirus is most wide-spread), still insist the season — maybe a short one, or a geographically-compact one — can go ahead. University of Illinois linebacker Milo Eifler recently tweeted: “I understand that people want to see us play this season but in reality how can a team full of 100+ student athletes fully function during a pandemic?”

At Florida State, star defensive tackle and probable first round NFL draft pick Marvin Jones reacted strongly when his head coach, Mike Norvell, claimed he’d talked “individually with every player” about systemic racism in the US. “This is a lie,” Jones said. Jones is black; Norvell is white. There was a time not so long ago (say, 2019) when a college football player would never dare defy his coach. But the world has turned: Jones’s teammates threatened a boycott.

These “student-athletes,” as they’re called, have begun to resist what they see as an exploitative and racist system. At Clemson University, a Top-10 ranked football team where 35 players have tested positive for Covid-19, the white Head Coach, Dabo Swinney, wore a “Football Lives Matter” shirt. His team was outraged and threatened to walk off the field. Swinney has since promised to “learn” from them.

At Oklahoma State University, the white head coach expressed his support for Trump, prompting Chuba Hubbard, a star running back for OSU, to declare, “I will not stand for this.” More and more, these young men who have been told that they are “lucky” to be part of the “proud football tradition” at one of these large universities, are questioning why they tolerate a system which carries, as one American commentator put it, “a whiff of the plantation” about it.