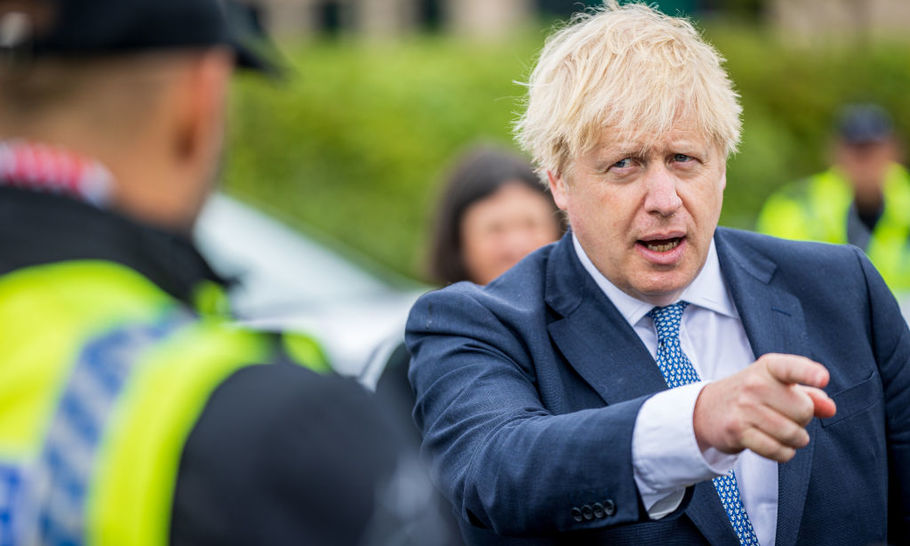 Speculation is rife in Westminster about who will nab the job of government press spokesperson following an advert put out last week. There is no doubt that a good communications professional can be an asset. One notable example is Jamie Shea who became a household name as Nato spokesman during the 1999 Kosovo war when he fronted the daily press briefings. But this American import into our politics is the latest indication of the centralisation of power and the gradual slide towards a more presidential system of government.

This tendency is not new. Tony Blair was famed for “sofa government”, when decisions were made by a coterie of advisers and key ministers. The resulting groupthink and lack of robust challenge was a key factor that led to the disastrous decision to invade Iraq.

David Cameron had his cabal led by George Osborne who was political strategist-in-chief as well as Chancellor of the Exchequer. Mr Cameron gave his Downing Street neighbour a free hand on economic policy and focused on strategic issues and foreign affairs, including the decision to topple Colonel Gaddafi in Libya. His desire to venture into Syria in 2013 was kiboshed by Parliament.

But Mr Johnson is exhibiting a greater penchant for presidential government than any of his predecessors. According to one No. 10 insider only three people other than the Prime Minister are instrumental in shaping policy: the highly-capable rookie Chancellor Rishi Sunak, the cerebral Cabinet Office minister Michael Gove and Mr Johnson’s unsackable Chief Advisor Dominic Cummings.

The rest of the cabinet are largely obsequious and pliant. Loyalty, particularly to the Brexit cause, appears to be valued more highly than competence. The unedifying spectacle of Cabinet ministers tweeting “it’s time to move on”, a line fed to them following a press conference held by Mr Cummings in the Rose Garden of 10 Downing Street to explain a trip to Durham during lockdown, is a case in point. However, more worrying is the reliance placed on an unelected advisor by the Prime Minister. This is without precedent.

Margaret Thatcher’s economic adviser Sir Alan Walters clashed with her Chancellor, Nigel Lawson over exchange rate policy, eventually forcing Lawson’s resignation in 1989. Alistair Campbell, as Director of Communications, wielded great power over the Blair government’s strategy — but did not have influence across all key aspects of government policy.

Mr Cummings, by contrast, has immense power vested in him by his boss, with a role akin to that of a Chief Executive and Mr Johnson acting as Executive Chairman. The sight of Mark Francois, a backbench MP, admonishing the Chief of the Defence Staff, Sir Nick Carter, over the Ministry of Defence’s procurement record at a select committee meeting last month underlines the point. He instructed the General to “nip back to the department and ask them to sort their bloody selves out, because if not, Cummings is going to come down there and sort you out his own way, and you won’t like it.”

To be fair to Mr Francois, he was merely stating the obvious, as the Prime Minister’s Chief Advisor is currently undertaking a defence and security review with cuts expected to follow. The status of Ben Wallace, the Defence Secretary, has been reduced to merely that of “booker of visits to sensitive sites” by Mr Cummings.

The choice of David Frost as National Security Advisor is another example of the move to presidential government. The Brexit-backing former diplomat and erstwhile CEO of the Scotch Whisky association who was brought in to run the UK’s negotiations with the EU on a trade deal has no experience in the field of national security at all. Lord Ricketts, who himself performed the NSA role from 2010-2012, expressed concern that making the post a political appointment “completely changes the nature of the role, no longer a politically-neutral civil servant giving dispassionate advice”.

The bungled attempt to install Chris Grayling as Chairman of the Intelligence and Security Committee once again showed that conformity trumps expertise. Mr Grayling, whose hapless record as a Minister included signing a contract to secure post-Brexit cross-Channel freight capacity with a ferry company that had no ferries, was not an obvious fit for a job overseeing the work of MI5, MI6 and GCHQ.

The tendency to silence robust challenges has also led to the exit of senior civil servants whose beliefs do not align with government objectives. Sir Simon McDonald will step down as Permanent Under Secretary at the Foreign and Commonwealth and Sir Philip Rutnam, who resigned from the Home Office in February, is seeking redress in an employment tribunal for constructive dismissal. Sir Mark Sedwill, Cabinet Secretary and head of the civil service, has also been forced out.

Johnson and Cummings’s desire to reform the civil service is well known and the move towards increased specialisation and a less London-centric outlook was eloquently detailed in a recent lecture by Michael Gove. Mr Cummings has more bluntly warned of “hard rain” which is going to descend on the civil service.

For the government to implement its ambitious programme of levelling up and increasing innovation while managing the ongoing challenges posed by the Coronavirus, it needs to take the civil service with it. As with any bureaucracy, sluggishness in responding to change is frustrating. But the government’s vision will only be implemented if officials are on board. As the Treasury has shown with the implementation of the furlough scheme, the civil service can be nimble, imaginative and highly responsive in a crisis.

As seductive as the allure of tightening control may be, effective governance and statecraft requires a different approach to winning referendums and elections. A failure to recognise that will lead to poor decision-making and a failure to achieve the change which the Prime Minister himself rightly seeks.