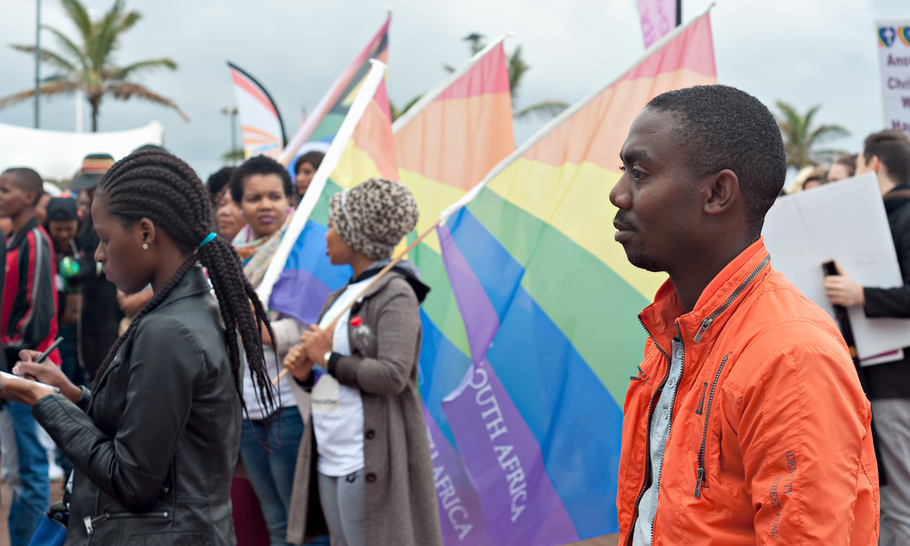 Human rights activists in southern Africa have criticised Zambia’s tough approach to homosexuality after the country’s High Court sentenced two men last month to 15 years in jail for “crimes against the order of nature”.

Stephen Samba and Japhet Chataba were first arrested in 2017 at a Zambian hotel after a member of staff claimed to have seen them having sex. They were convicted by a lower court in 2018 before appealing to the High Court, which refused to review the verdict before slapping the pair with a 15-year jail sentence.

Arrests for gay sex conduct have been on the rise but no prosecutions have been recorded for same-sex activities in southern Africa. Arrested LGBT activists are being acquitted of same-sex conduct charges for lack of evidence. Yet discrimination, often accompanied by violence, prevails and the Zambian court case offers a frightening reminder of the fear that Africa’s minority sexual identity communities face.

The Positive Vibes (PV) organisation focuses on the toll of hostile laws. Its 2017 report Rights — Evidence — ACTion (REAct) which can be read here details 357 cases across southern Africa, with a total of 478 affected individuals.

Activists alarmed by the 15-year jail sentence handed down by the Zambian court argue this punishment must only be reserved for rapists and other sexual abusers, not consenting adults “since same-sex relationships affect no one”.

“It is unfortunate that we still have such penalties for crimes that do not have victims. African states that are still holding on to pre-colonial laws that criminalise same-sex relationships need to re-align laws to the reality on the ground. Same-sex relationships affect no one,” said Chesterfield Samba, director of the Gays and Lesbians of Zimbabwe (GALZ) group.

Under Zambia’s Penal Code, any person who has “carnal knowledge of any person against the order of nature,” a vague definition that includes homosexuality, faces a maximum jail sentence of 15 years.

“In addition, the doctors who conduct these examinations, by doing so forcibly, violate their ethical obligations towards people they examine. Any persons subjected to such abuse should be afforded appropriate remedy and must be protected from further abuse.”

Africa remains a critical space for the rights of LGBT people. Homosexuality is outlawed in more than 30 countries on the continent. Only in South Africa and Botswana is gay sex no longer a criminal offense — struck off the colonial statutes by Botswana’s High Court only in June this year.

Mozambique decriminalised homosexuality in its penal code in 2015 but that country’s biggest LGBT group, Lambda, still operates under a veil of secrecy fearing discrimination. While Zambia is one of Africa’s most intolerant countries for LGBT people, in places such as Sudan and Mauritania, as well as parts of Nigeria and Somalia, homosexuality is punishable by death.

South Africa is the only southern African country that has recorded cases of murder of LGBT persons despite the country being the first in the continent to legalise same-sex marriages. Amnesty International says there have been at least seven documented cases since 2011, five of them being lesbians “in what appears to be targeted violence related to their sexual orientation or gender identity”.

The Centre for Risk Analysis at the South African Institute of Race Relations in its 2017 Fast Facts report said a staggering four out of 10 LGBT South Africans know of someone who has been murdered for “being or suspected of being” gay or lesbian.

South Africa-based human rights activist Trust Matsilele slammed African governments for parroting the “human rights language for power retention” yet “fewer of them have an appreciation of diversity”.

“The issue of punitive measures on consenting adults is yet another example of how culture and tradition is used to punish difference. One hopes that the human rights movement in Zambia does not view this as an isolated incident but a microcosm of macrocosm,” Matsilele said.

“What happened to these consenting adults will surely happen to other citizens, maybe with different context. The issue of excessive use of courts in Africa is worrying and even more in southern Africa. Issues of religion are used as a mask to hide the tyranny of the majority.”

Churches in Zambia are often outspoken in their opposition to the LGBT community. In the run up to the 2011 elections, Zambian church bodies, including the Evangelical Fellowship of Zambia, Council of Churches in Zambia and the Zambia Episcopal Conference issued a joint statement asking members of their congregations not to vote for candidates who supported homosexuality.

Matsilele added: “There is no reason to believe that what is normalised in Zambia will not cross the border to Zimbabwe and other countries factoring the level of homophobia prevalent not only in those two countries but in many African societies.”

In Zimbabwe, tolerance of the LGBT community was quickly extinguished in 1995 when the late dictator Robert Mugabe called gays “worse than dogs and pigs” and in 2013 threatened “to cut off their heads”.

South African media and cultural studies researcher at the University of Kwazulu-Natal, Khanyile Mlotshwa, said lawmakers and the courts shouldn’t be involved in how people define and practice their sexuality.

“We have to learn to accept that there are some people who ‘sex’ differently and there is nothing despicable about that,” Mlotshwa said.

“If anything, what is despicable is to try and legislate on what people sexually consent to in their bedrooms, behind closed curtains. The venom that this (Zambian) judgement carries must rightly be reserved for rapists and sexual abusers, not consenting adults.”