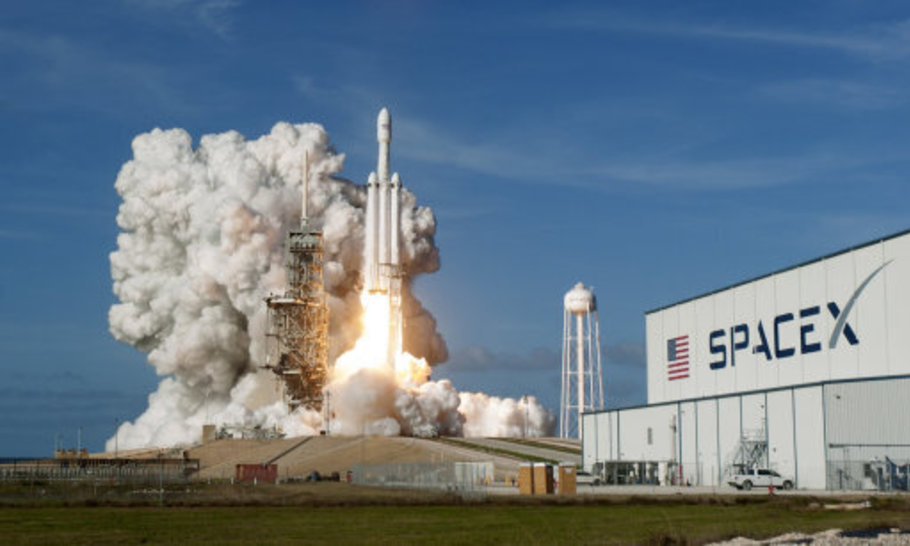 Shortly after leaving office, Barack Obama declared: “If you had to choose one moment in history in which to be born, and you didn’t know in advance whether you were going to be male or female, which country you were going to be from, what your status was, you’d choose right now.”

And he’s right. But that was in 2017, the halcyon days of the pre-pandemic era. Those born today, known as “Coronnials”, have been born into a pandemic-ravaged world seemingly ruled by Meghan Markle, Big Tech and China. Would you choose to be born today? Covid-19 has changed the world in countless ways, most of which are yet to be seen.

And yet, already, the fault lines of the 21st century can be glimpsed on the horizon.

For starters, the world is getting smaller. Not only have mortality rates increased across the world in the past year but, as was the case before the pandemic arrived, ageing populations are rising while birth rates are declining. Experts predict the global population will start to shrink after mid-century. As happened after the Black Death, a smaller population could result in rising living standards, as fewer people compete for the same amount of limited resources – the Malthusian dream.

But while a declining population might be good for short-term prosperity, it is also bad for economic growth. That’s why Boris Johnson has talked up the prospect of a “bonking boom” and, in the last few weeks, China has softened its notorious child policy yet again, the second time in under a decade. A generation of “Covid boomers” may well follow the Coronnials.

The world is smaller in another way too, with the pandemic having accelerated the move away from globalisation. The free movement of goods, services, people and (cheap) labour are out; tariffs, staycations, self-sufficiency and self-government are in. Supranational institutions like the EU and Work Health Organization have suffered severe reputational damage in the past year. They are increasingly threatened by populism on the one hand and bilateral agreements and strategic alliances on the other. Even tax havens, the harbingers of the free movement of capital, have now effectively been killed off.

And that’s not to mention the “vaccine wars” (and now tax wars), which have showcased nations for what they really are: self-interested actors still operating on a Westphalian (or Hobbesian) stage in a war of all against all. Self-styled internationalist leaders like Emmanuel Macron, who criticised Donald Trump for “closing the door to the world”, proceeded to close their own borders a few years later.

The high watermark of globalisation was the entry of the communist People’s Republic of China into the global economy at the turn of this century. The ascent of the so-called “Asian Century” has long been forecast. The question now is whether Covid-19, which still likely seems to have originated in China (like the Black Death 800 years ago), has cemented or jeopardised this ascent?

To be sure, China remains the workshop of the world, the creditor of the developing world (through the Belt and Road Initiative) and is forecast to overtake the US as the world’s biggest economy by the end of this decade. Its treatment of its Uighur population, Hong Kong and Taiwan, not to mention its association with Covid-19, might hinder its claim to “soft power” for years to come. President Xi Jinping recognised as much last week when he told the Politburo that China needs to become more “loveable”. But it more than makes up for this in “hard power”: China has the world’s largest (if not yet most powerful) army, navy and air force.

But whether Covid-19 was Made in China or not, be it via wet market, lab leak or bioweapon, it has certainly taken a hit in the process. This is not only in terms of its reputation but also its economy, the result of which is the relaxation of its child policy. Likewise, other so-called emerging BRICS nations, such as India, South Africa and Brazil, have been among the worst affected by the virus. In other words, the West isn’t done yet.

Indeed, arguably the greatest threat the West faces is not without, but within. Western “decadence” has long been the accusation of communists and other enemies. If this charge didn’t hold water in the era of post-war prosperity or the “end of history” fervour that marked the end of the Cold War, it certainly rings true now. Mass riots, felling statues and the woke-ification of governments, institutions and corporations imply a civilisation at unease with itself. The last year alone saw widespread civic unrest, a surge in the value of decentralised cryptocurrencies and an attempted coup in Washington DC. You have no authority here, Jackie Weaver.

The great 18th-century historian Edward Gibbon argued that “barbarism and religion” were responsible for the decline and fall of the Roman Empire (as opposed to a rival power), and something not dissimilar may be happening in the West today. The fall of the Roman Empire was followed by the so-called “Dark Ages” where religion and barbarism dominated (although not, incidentally, in China, which entered its golden age under the Song, Tang and Ming dynasties). It took the Black Death – the last global pandemic of this magnitude – for the West to overtake the East again, and it has maintained its predominance ever since.

As always, what will most likely tip the balance of power is the control of resources. The shift from fossil fuels to renewables will require huge amounts of rare earth metals — of which, lo and behold, China has a near monopoly. With the UK and US now seeking to maximise their own production (which is why Donald Trump wanted to buy Greenland), the lines of conflict will likely be drawn in Africa, where the majority of the remainder of these minerals lies waiting to be mined. It will be a modern-day “Scramble for Africa”.

Will all this trade be in dollars, the world’s reserve currency since the Second World War, or the yuan? Or perhaps, as some fear and others hope, bitcoin? Covid-19 has certainly accelerated the onset of the digital age, from digital passports to digital currencies. We are heading towards a cashless, driverless, shop-less society, not to mention one that can allow private citizens as well as professional astronauts to fly to space.

Recent events, from the US presidential election to Facebook’s news ban in Australia, have only served to demonstrate the power of today’s robber barons: the titans of Big Tech. Meanwhile, social media has fuelled the recent migration crises and turned isolated incidents, like the killing of George Floyd, into global phenomena; digital prophets can start insurrections (Donald Trump) or crash the market (Elon Musk) with a single tweet.

Perhaps the main legacy of the Black Death was the replacement of feudalism with capitalism, and time will tell whether Covid-19 precipitates a similar epochal change. What is clear is that the post-pandemic world will be a different world – more digital, eco-friendly and potentially prosperous on the one hand, and yet more anxious, divided and potentially conflict-ridden on the other.

All the while, the same old troubles – trade wars, geopolitical power struggles, competition for resources – live on. Not to mention the possibility of another destructive pathogen.