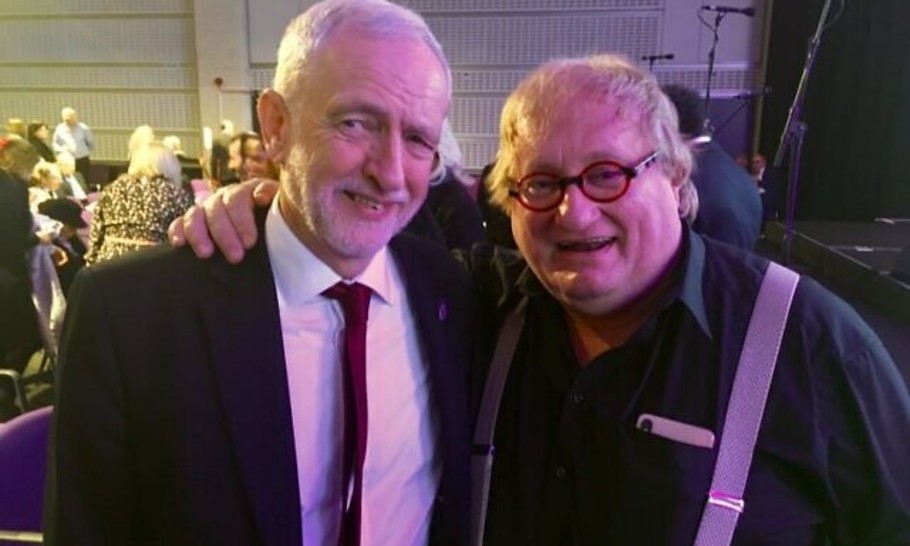 Tuvia Tenenbom, now in his mid-60s, is a phenomenon. Born in Israel, he lives in Germany and the United States. He is a theatre director, playwright, author, journalist and the founding artistic director of the Jewish Theater of New York. But he is best known for his irreverent, topical and hugely opinionated books including, recently, Catch the Jew! (2014), The Lies they Tell (2016), Hello, Refugees! (2017) and now, The Taming of the Jew: A Journey Through the United Kingdom (Gefen Publishing House, available on Amazon at £15.59). He deserves to be better known here and The Taming of the Jew is a perfect place to start.

Tenenbom is perhaps best described as an Israeli version of Michael Moore or Borat, someone who goes around, meets people, takes on hugely controversial subjects and gets them to open up in the way more conventional journalists don’t manage to. All those exclamation marks in the titles gives you a good sense of Tenenbom’s style.

He begins his seven-month tour of Britain and Ireland in Dublin. The first person he interviews is an Irishman, called Mike, who he has just met at lunch. “Is there one issue that unites all the Irish people? I want to know. ‘Ireland,’ Mike tells me, ‘is the most anti-Israel, anti-Jewish country in Europe…’” And we’re off. Then he meets the Lord Mayor of Dublin and in no time the Mayor is telling Tenenbom, “Irish people would have a lot of sympathy with the Palestinian people.”

The pace and the bonhomie are unrelenting. But so is the anti-Semitism. Tenenbom manages to catch people off guard with his disarming honesty and in no time they are coming out with these astonishing views about Israel, Jews and anti-Semitism. Everyone he meets in Ireland, North or South, seems to hate Israel and love the Palestinians and yet Tenenbom likes them all and enjoys everything he sees about the Irish. He puts some of these encounters online and “Irish people respond in writing”. What do they say? “Truly the Jews are a disgusting species.” “Reminds me I need to get some new lampshades, some soap too.” He’s not remotely bothered. It’s as if, unlike every mainstream journalist, he knows this is what people are like, that you don’t have to probe far under the surface to find the most appalling views about Jews and Israel. And yet the cheery bonhomie is never rattled by these encounters.

Next stop Scotland. All the Scots he meets are friendly and welcoming, just like the Irish. It’s like a modern version of the Highland travelogues by Johnson and Boswell — except for all the anti-Semitism. He interviews someone about the Edinburgh Fringe and, in no time, they are telling him about a protest against Israeli participation in the Fringe. “’Was there any venue that said, if an Israeli show is good, we’ll present it?’ ‘No.’”

So it goes on. Tenenbom likes everyone he meets and asks them all what they think about Israel and Palestinians and they come out with the most astonishing views and they always part the best of friends. Some are ordinary people he meets on the street, others are public figures such as the Lord Mayor of Dublin, a Scottish politician or the leader of the Dundee council, where he finds a Palestinian flag flying above the town hall.

Then on to England. He talks to Nigel Farage, goes to Luciana Berger’s then constituency in Liverpool and manages to finally track down the elusive Jeremy Corbyn, whom he considers a symptom, more than a cause, of British anti-Semitism. In Newcastle, an Amnesty International bookstore has posters that say, “Millions of Palestinians will be DENIED human rights today…” He meets students with “swastikas and anti-Semitic hate lines” on their T-shirts. In Sheffield, a sports fan, asked to provide their contact information after the game, writes, “I hate Jews.”

In Manchester, kosher shops and Jewish bookstores are fire-bombed, but Jewish interviewees don’t mention it, even “forget” it happened. Baroness Altmann, who is Jewish, is prepared to speak on the record and she tells him that “for the first time in my lifetime I feel threatened as a Jew for my future in this country.” Tenenbom, for once, is amazed that “[a] lady in a position so high”, could be so “fearful”. Just for a moment, the jolly persona falters.

Which brings us to the title. It sounds jokey but it has a serious intent. What surprises Tenenbom most about his time in England is that English Jews, even members of the House of Lords, are in denial and don’t want to make a fuss.

But when he talks to others, it is as if all the different kinds of people he meets have been injected with some bizarre kind of truth serum and open up to him about things they would never tell you or me. Reviewing the book in the US, Phyllis Chesler, an academic, wrote, “The Taming of the Jew is a report from the front. We now know that Jew-hatred is bigger than Jeremy Corbyn, bigger than the Labor [sic] Party, and that anti-Semitism has infected all of Britain.” It is like visiting the Inferno with a fat Israeli journalist instead of Virgil.

We are left with two disturbing questions. Could Britain really be like this? And if it is, why does the British media almost never say anything about it? This is a frightening book and deserves to be read.