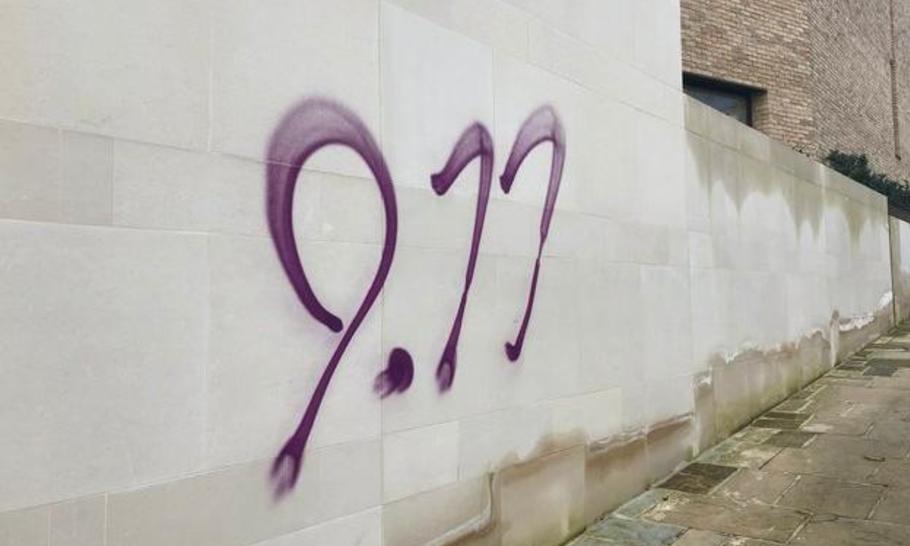 Two things connect the knife attack on an Orthodox rabbi’s home in Monsey, New York, and the graffiti that appeared overnight in Hampstead and Belsize Village, London, last weekend. Both happened during the Jewish festival of Hanukkah (or Chanukkah) and both were the latest manifestations of a sinister new wave of anti-Semitism on both sides of the Atlantic.

The attack in New York State was by far the more serious of the two, leaving five people injured, two of them critically. It comes after several violent assaults on Jews, including the synagogue shooting in Pittsburgh that killed 11, a deadly attack in California and the slaughter of three in a kosher supermarket in New Jersey earlier this month. Anti-Semitic incidents in America rose by 21 per cent in 2018 and this year is likely to be worse.

The appearance of graffiti in North London seems, by comparison, merely symbolic. Yet the fact that it happened against the background of Jeremy Corbyn’s leadership of the Labour Party gives it a sinister significance. Labour is under official investigation for institutional anti-Semitism by the Equality and Human Rights Commission.

British Jews, like those elsewhere, are used to living with the threat of violence. Jewish schools, synagogues and other institutions in the UK are guarded by the Community Security Trust (CST), which is paid for by the community. Europe has seen a dramatic rise in anti-Semitism over the past decade, with France — which has the largest Jewish community — particularly affected.

The fact that these incidents happened at Hanukkah is also ominous. In the German city of Halle, a synagogue was attacked by a gunman at Yom Kippur only last month. Jewish festivals present opportunities for anti-Semites to target victims wherever they gather together. By deliberately turning solemn occasions of communal worship into times of fear and anxiety, anti-Semites seek to disrupt the rhythm of the religious calendar that is the essence of Judaism.

Yet the Jewish people has never allowed itself to be intimidated, let alone subdued, by such threats. The Hebrew Bible is the story of a nation that survived every attempt to crush its identity and suppress its faith in the God of Abraham and Isaac. The Romans destroyed the Temple but Judaism endured in the Diaspora, even during periods of persecution by both Church and State.

In modern times, anti-Semitism has mutated, flourishing under secular ideologies such as Nazism and Communism, but also more recently in religious form as a central tenet of radical Islamism. Here in the West, it has been given a new lease of life by social media, which enable conspiracy theories to spread unchecked.

The graffiti in Hampstead played on the big lie that Jews were behind the 9/11 attacks, which were of course carried out by Islamist terrorists belonging to al-Qaeda. Such conspiracy theories have existed since the medieval Blood Libel, which emerged nine centuries ago in England. The most monstrous example of such mendacity is Holocaust denial, which still plays a role in the politics of the Middle East and regularly resurfaces here in the West. Attempts to depict Israel as equivalent to Nazi Germany, or Zionism as an ally of Nazism, are still common on the extremes of both Left and Right.

Hanukkah, which ends today, is known as the Festival of Lights, but the incidents in New York and London remind us of the darkness that threatens the Jewish people everywhere. What really dismays Jews is not the hate-filled minority who attack them verbally and physically, but the silence of the majority. It is up to the rest of society to show their Jewish friends and neighbours that they will not look the other way as the oldest hatred renews itself. Israel is strong enough to defend itself, but Jews who live in the Diaspora should not have to look to the Jewish State to find solidarity. Western leaders, too, have a responsibility to protect their Jewish citizens.

This Hanukkah, Boris Johnson tweeted: “Britain would not be Britain without its Jewish community.” True enough, but tweets and gestures are not an adequate answer to lies, murder and mayhem. Anti-Semitism is a mortal threat not only to the Jewish people but to Western civilisation itself.