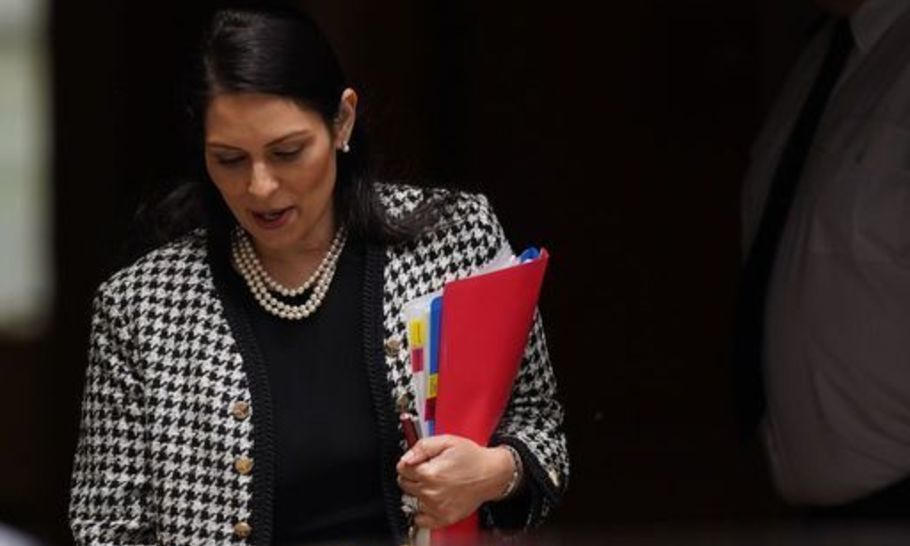 As a topic of conversation, the heat wave has probably trumped the lifting of pandemic restrictions. But fine weather and calm seas have also been a boon for the networks of people smugglers who risk the lives of illegal immigrants for profit. A record number of 430 migrants in 14 boats crossed the Channel yesterday, bringing the total so far this year to 8,187. At this rate, last year’s record of 8,420 will be exceeded by the end of July.

Priti Patel knows that something must be done. Next week the Home Secretary will introduce her Nationality and Borders Bill, which will attempt to crack down on the people traffickers and bring the UK’s borders under control. Controversy has centred on a provision in the Bill to process asylum seekers abroad. Talks are ongoing with Denmark about creating a joint offshore centre in Africa, but this idea has been criticised by the UNHCR, the United Nations refugee agency, by charities and the Opposition.

However, the main provisions of the Bill are more straightforward. It will increase the penalties for the criminals who treat human beings as “cargo”, often in appalling circumstances. It will also give the courts powers to penalise hauliers and others whose negligence allows migrants to enter the UK illegally. It is, however, also necessary to deter the migrants themselves and so they too will face prison sentences of up to four years in the worst cases. The Border Force will have greater powers to search and if necessary seize vessels. On asylum, the appeals process will be speeded up and those who have no right to stay will be deported. The Bill creates a grant of leave for victims of modern slavery, but also promises to prevent the Modern Slavery Act 2015 — the world’s first — being exploited by those who falsely claim to be slaves to avoid deportation.

Theresa May, thanks to whose efforts as Home Secretary the Modern Slavery Act was passed, was critical of her successor yesterday. The former Prime Minister, who seems to have acquired a taste for rebellion, suggested huffily that Priti Patel was wrong to give “the impression that no Conservative Government since 2010 has tried to address these issues”. She may well be right that the Nationality and Border Bill will not by itself solve the problem of illegal immigration. But it does explicitly exempt those long-standing but undocumented residents who were unfairly penalised by Lady May’s own “hostile environment” policy in what became known as the Windrush scandal. At least the Home Office is trying to learn from its mistakes.

The wider question of what levels of legal immigration a “global Britain” will require has yet to be adequately discussed. The fact that well over five million EU nationals had applied for settled status in the UK by the deadline of 30 June — two million more than the Government had expected — shows that this country remains a good place to live and work. Getting the balance on migration right will demand exceptional care during the post-pandemic and post-Brexit period, when so many uncertainties remain. That is all the more reason to ensure that those who break the law to jump the queue do not succeed.

The human tragedies that lie behind raw statistics on migration are real and must never be brushed under the carpet. Britain is not an ungenerous society towards genuine refugees. We have accepted over 50,000, including relatives, from conflict regions such as Syria since 2015. Those who have been resettled now enjoy indefinite leave to remain. The offer of a path to full citizenship for up to three million Hong Kongers who are British Nationals Overseas is unique and not without hazards for the Sino-British relationship.

Priti Patel has been demonised on the Left and in sections of the media, but she does not deserve such obloquy. As a child of Ugandan Asian refugees, she has no illusions about the horrors that many migrants are fleeing. But she also knows that if adults claiming to be children and economic migrants claiming asylum get away with their deceptions, the system will not only be brought into disrepute but will break down under the weight of numbers.

Here and elsewhere, I have frequently written about what I call “border anxiety” — the perception that our borders are not properly policed. For the UK to be generous to immigrants, we need to know that the system works and borders are under control. The images of an illegal influx along the Channel coastline are raising border anxiety to new levels. The Nationality and Border Bill may need amendments during its passage through both Houses. Yet action is urgently needed if the public is not to lose confidence in the Home Office. There will be passionate opposition to this Bill inside Parliament and doubtless also agitation outside, but Priti Patel knows that she must either get a grip on illegal migration, or make way for someone else. She deserves her colleagues’ support. That includes you, Lady May.