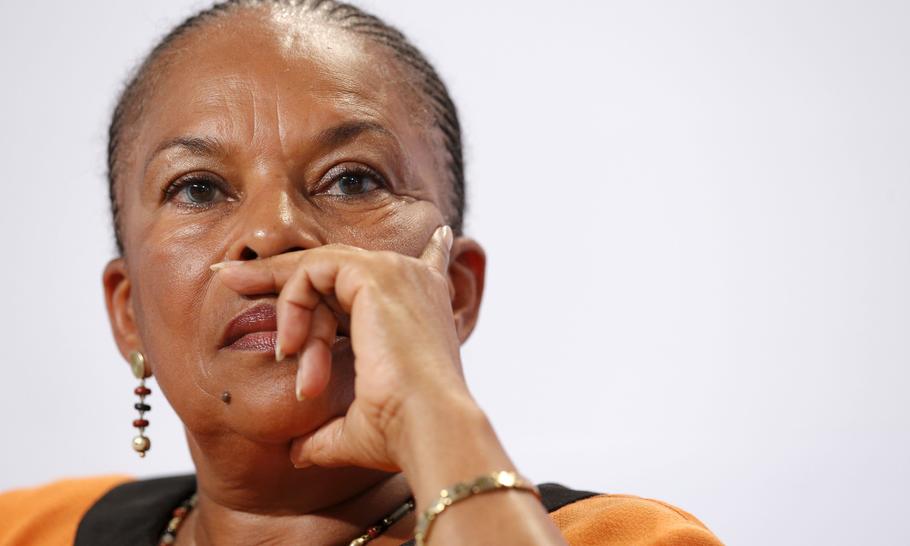 The dog that isn’t barking in the French election is the Left. Since the victory of François Mitterrand in 1981, Labour’s Europeanists looked to the French Socialist Party as a model, in contrast to the dominance of the Thatcher-Reagan Right in the UK and the US. Now the French socialists look with envy at the emergence of Labour from its lost decade, 2010-20, and its new profile under Sir Keir Starmer as an electable party of government.

One big difference is the electoral system. The French presidential contest allows anyone to run. Transposed to Britain, it would mean Nigel Farage, a BNP candidate, the Greens’ Caroline Lucas, Ken Livingstone, Jeremy Corbyn and Ken Clarke all putting their names forward, in addition to the main party leaders.

For good or ill, Britain’s first-past-the-post system stops the spitting asunder of political choice and allowing extreme factions to draw off votes from mainstream parties, which therefore have to compromise on their internal differences to attract broader support.

If the 1960s and 1970s were years of centre-Right technocratic government in France, under first Charles de Gaulle, then Georges Pompidou and Valéry Giscard d’Estaing, the Left set the agenda for identity and cultural politics, with the 1968 revolution and a plethora of new non-conservative media, as well as new social policies such as abortion rights.

The French 1968 political wave washed over Eastern Europe and South America; it helped end authoritarian rule in Portugal, Greece, and Spain. It inspired Polish Solidarity and Václav Havel and was a reference point for the coalition of black trade unionists and white lawyers, journalists and intellectuals who helped end apartheid. While General de Gaulle was exploding nuclear bombs in the Pacific and encouraging Quebec secessionists, the French Left’s ideas were altering power structures across the world.

The Socialists controlled the Élysée for about half of the last forty years. Even under the centre-Right President Chirac, the Socialists had a majority from 1997 to 2002 in the National Assembly and formed the government. On the whole, the Left set the national agenda in France, opposing the Iraq War, committing to deeper European integration, and voting for far higher levels of taxpayer-funded public services than the UK.

But that was then. In this election, as in the years since the Left was ousted in 2017, the French socialists present a pitiful sight. TheArticle reported here in October on the absence of the Left in the election.

If anything it has since got worse. The latest Left candidate to enter the race is Christiane Taubira (pictured above). She is one of the rare black politicians in France to have been allowed to make an impact. From French Guyana, she has been elected on different party lists of both right and left since the 1990s. She campaigns for compensation to be paid for France’s slave trade. In 2002, although she had been given a minor post by the Socialist Prime Minister, Lionel Jospin, she stood against him in the presidential election. She thus reduced the vote for Jospin. This helped Jean Marie Le Pen get to the second round and win huge profile for his extreme Right-wing National Front, now headed by his daughter and renamed the National Rally.

In contrast to the British politics with ministers and shadow ministers from different ethnic backgrounds, French politics of both Left and Right is still largely an all-white affair, dominated by products of the hautes écoles. President Hollande promoted Taubira as Minister of Justice after 2012.

She presided over a new law allowing gay marriage, a decade after Britain and against the ferocious hostility of the Catholic Church and French conservatives like Valérie Pécresse, now running for the presidency. But she also campaigned for land reform in the French Caribbean as compensation for slavery and quit as a minister in protest against anti-terrorism measures Hollande brought in after the Islamist anti-Semitic slaughters at a dance hall, Charlie Hebdo and a football stadium.

Now Mme Taubira, 69, is again splitting the Left vote, as the official Socialist candidate, Anne Hidalgo, the Mayor of Paris, looks weaker than ever. It is pointless listing the 10 or so Left candidates who have presented themselves to the French people. None is getting into double figures on any poll. This compares to about 17 per cent each for Marine Le Pen and the centre-Right’s Valérie Pécresse and 25 per cent for Emmanuel Macron in the first round, to be held on 10th April.

The French Left have been infected by the Corbyn virus of unelectability. Their opponents on the hard Right accuse the left of “Islamo-gauchisme”, but the French Socialist Party has been much tougher than Labour was after 2015 in keeping anti-Semitism at bay.

Yet in broad terms the French Left, since 2012 when François Hollande was elected as a social democratic reformist, has decided that non-stop civil war between its factions, including the French Greens, was better than any compromise with voters aimed at actually winning power.

The Socialists thought that winning control of major cities, including Paris, would be a springboard back to power, but declaring war on anyone inside as well as outside the urban centres who needed a car for work or mobility has proved more difficult than the rhetoric of car-free cities promised — as London Mayor Sadiq Khan is also discovering.

The official Socialist Party candidate, Paris Mayor Anne Hidalgo, has not got above 3 per cent in polls. Fatuous games about creating citizen’s primaries to choose a single Left candidate have flopped.

The French reformist left leader of the 1950s, Pierre Mendès France, famously said: “To govern is to choose.” The French Left has refused to make hard choices in the last decade and is paying a terrible price for its refusal to compromise.

However all is not lost for the French left. Their candidates stand no chance in the presidential election. But a month later the elections for the National Assembly take place. Both Macron and Pécresse are running on essentially the same ticket – the can-do, technocratic centre-Right.

Whether the Left can provide that counterweight depends on its leaders leaving behind what Lenin called “infantile Leftism”, but it is far from clear that the necessary compromises will be made. In that case the French Right, whether the Macron technocracy or the Pécresse classic French liberal-Right, will be in power for some time.