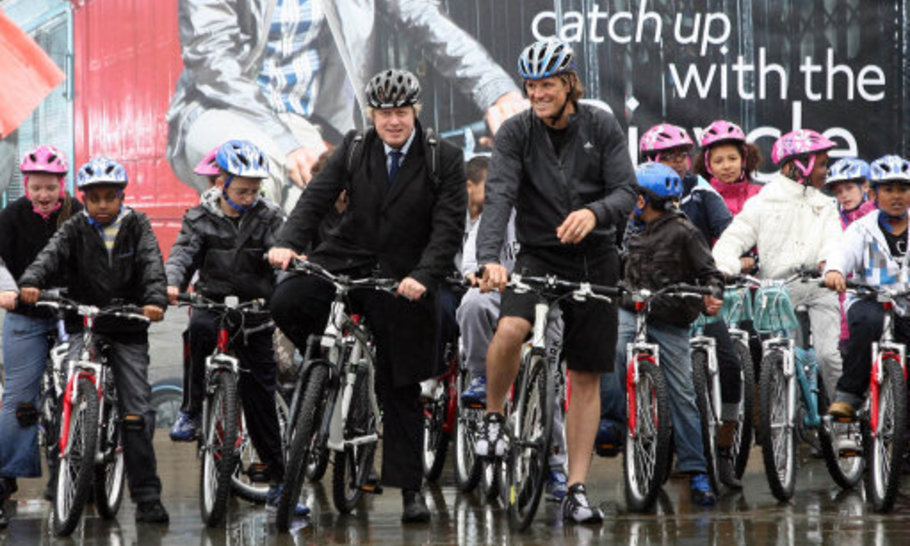 Boris Johnson loves big ideas. They speak to his inner hero. They’re sweeping, catchy, seductive. Their simplicity and lack of nuance appeal to him. Global Britain is one such idea. Britain as a Beacon of Multiracial Success for others to follow, is another.

But in a democracy, for an idea truly to resonate, it must inevitably be the distillation of a great many smaller ideas and lived experiences. Saying that “Brexit will be frictionless” doesn’t make it so. Rebutting some people’s belief that the racism they experience is systemic, won’t change how they feel or the reality of their daily lives.

British Prime Ministers learn very quickly that the limits of executive power and the inevitability of the ballot box circumscribe their room for grand narratives. In time they peter out. For an idea to get off the drawing board and become a policy which takes root in the community, it must, at the very least, be seen (especially by those who disagree with it) as an attempt in good faith to address their concerns.

That is not this Government’s style. Binary Boris appears to believe that you can demolish an idea (and replace it with a different one in the public psyche) first by distorting it and then by ignoring or bulldozing it aside. It’s what he tries to do to Keir Starmer at Prime Minister’s Questions.

But ideas that truly resonate are subtle, nettlesome. They defy easy interpretation. They are coloured by our lives. They feel real. They are not soundbite friendly. You have to debate them, worry them, knock them into shape and then worry them some more as the landscape in which they exist changes. It requires rigour and honesty in the face of facts.

How much easier, then, to give an idea a name, brand it, squeeze it into a universal catchphrase that is both pregnant with meaning but means something different to everyone.

More than “wet” and broader than liberal, for the Right “woke” hints at a multitude of human failings: lack of patriotism and self-reliance; soft on crime; the nanny state; tree-hugging and climate change; anti-racism as a cover for neo-Marxist anti-capitalism; society as the enemy of the individual and the anti-metropolitan elite: take your pick.

Hijacking words with which to tar your opponent is not, of course, an exclusively right-wing praxis. George Orwell, the nemesis of truth-twisters, spoke of the fatal misappropriation of words. “Fascist”, a word that has slipped into mainstream use (mostly but not exclusively by the Left) is a slur so elastic that, like “woke”, it has become virtually meaningless.

Fascist and woke are useful sticks with which to beat your opponent. They epitomise the kind of lazy “you know what I mean” pub banter. At an individual level this fuzziness hardly matters. You can go at each other hammer and tongs over a few beers and part as friends. As an instrument to enforce state policy, it is something altogether scarier and more sinister.

This is not politics as usual. It certainly isn’t politics as the oxygen of democracy. It is not a mistake. Or a miscalculation. These are fights the Government actively wants, like the recent spats over the Union Jack.

The debate is framed so that participants feel they must choose sides. How you respond is a test of loyalty, if not to your party, then to your country. Britain is not racist — and if you disagree, you’re letting the side down. Post-Brexit trade flows are working fine. If you point to Scottish lobsters rotting on the quayside, you’re unpatriotic. The chilling upsurge in violence in Ulster is down to the EU.

There are, to be fair, some good things in the Sewell Report on race. Unpicking the tendency to shoehorn all debates about race into the BAME box; suggesting that family, socioeconomic background, culture and religion are important factors in health and education outcomes; calling for more police officers from ethnic minorities. Race relations are better.

Where it fails lamentably is the way in which it chooses to present the narrative and the manner in which it cherry-picks evidence to buttress its conclusions. Hailed by some as a game-changer and damned by many as government gaslighting, the report landed in a blizzard of controversy. It won’t be a game-changer if one side walks off the pitch.

And for good reason. Set up, guided and signed off by Downing Street, even before it started taking evidence, it was an unabashed attempt to shift the argument or, as Johnson put it last year, to “change the narrative” about race and victimhood.

Perhaps the most inflammatory bit of the report, calculated to stir up a hornet’s nest, is the desire to write “a new story” about slavery. The trade in millions of humans to build an empire was not, the report concludes, just about profit and suffering. It was also the springboard for blacks to transform themselves into a “re-modelled African/Britain”. Eric Idle and Graham Chapman on the cross cheerfully singing Always Look on the Bright side of Things come to mind.

The Sewell Report, like so much else this Government produces, feels like a story where the headline (in the great tradition of tabloid journalism) is written before reporters are sent out on assignment. It is, at best, one version of the truth; at worst, divisive and prejudicial.

Race is a sensitive and immensely important issue. It is also horrendously complex. There are no easy answers. But accusing an entire section of society of perpetuating “a fatalistic narrative that says the deck is permanently stacked against them” is about as likely to start a constructive national conversation as setting fire to a panda car on Brixton Hill.

But this is Johnson. He wishes to “rebrand” Britain as part of his project to entrench the Tories as the undisputed party of government in England, its last redoubt in a fracturing Union. This requires a new language that is powerful enough to sway but vague enough to escape careful scrutiny.

With this comes a persistent assault on our traditions of tolerance and democracy: restricting our freedoms to protest; normalising cronyism and corruption; breaking international law; rolling back the powers of the judiciary; intimidating the BBC; calling out the “elite”; making it harder for marginalised groups to vote.

For now everything is dwarfed by the pandemic. Parliament has been neutered and is too weak to hold the Government to account. The Opposition is barely audible. The loudest angry voices are on the Government backbenches. Accountability is crippled.

This can change. But only if enough people realise that we are being spun a yarn.