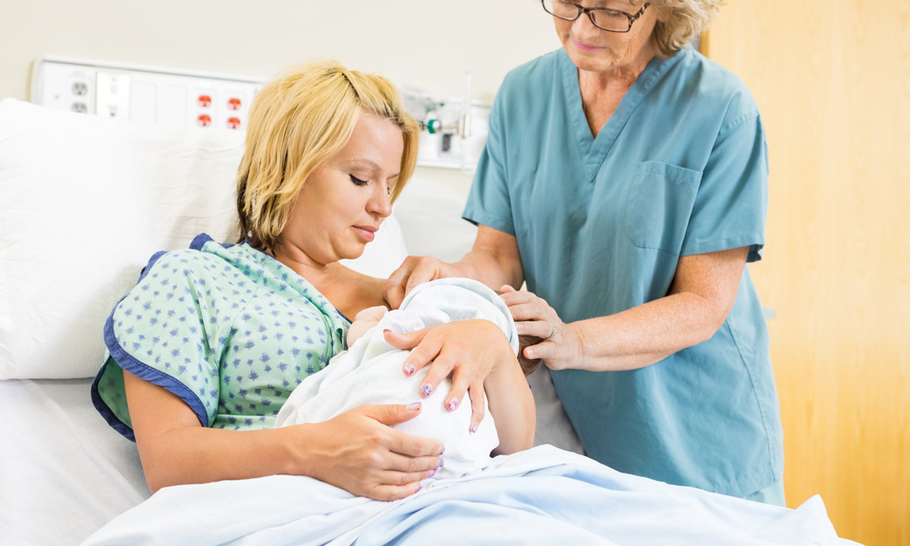 The best Monty Python sketch ever, for me – indeed for anyone of a certain age who works around pregnancy and birth – is not the Dead Parrot, but a somewhat forgotten skit in their 1983 feature film, The Meaning of Life.

A woman in labour is being aggressively tended to by bullying, loud male obstetricians (John Cleese and Graham Chapman, of course). The woman herself is completely ignored, her husband is sent out of the room – “you’re not qualified!” – and everyone makes obeisance to a “machine that goes PING!”, while a smugly bow-tied hospital administrator (Michael Palin, of course) explains how the “machine that goes PING!” fits into the hospital finances.

Slavish belief in technology – that is, treating childbirth as a problem to be solved with machines that go PING! rather than a natural, hormone-driven phenomenon which calls for strong midwifery skills –  is still with us. This week the press was told that an extra ultrasound scan at 36 weeks of pregnancy would detect babies in the breech position (bottom instead of head down) and thus “prevent 4000 emergency caesareans” a year.

Now I am not at all against ultrasound scans (though I’ve noticed that all the fancy 4D ones some parents pay for look exactly the same, even though the parents are always convinced the baby is the spit image of Dad). But many foreign-born pregnant women I see are quite bothered by how rarely they see a doctor or midwife in the UK system, and I would really love all pregnant women to see a lot more of their midwives than they do. I would like antenatal appointments to be longer, midwives to be less rushed, and I’d like women to be looked after in labour by familiar faces instead of a succession of strangers.

But it’s worth remembering that elsewhere in the developed world, rates of interventions and caesarean births are often higher than ours without outcomes being better. Over and over again we find that better birth outcomes go hand in hand not with more technology, but with continuous, joined-up and personalised midwife care which combines vigilance with “leaving well alone”. Technology and the operating theatre are back-up resources; it’s lovely to have them but they should not take over the whole show.

The ideas behind the “4000 emergency caesareans could be prevented” statistic are threefold and in each case questionable. Firstly it is assumed that physical examination doesn’t always detect a breech baby. Well, it doesn’t always – but the more experienced and skilled the midwife, the less likely she is to miss a breech.

In addition, some breech babies turn by themselves well after 36 weeks, even during labour, and may do so after the date of a planned caesarean birth.  According to Dr Sara Wickham, who writes extensively on research and policy in maternity services, it is more common than you might think for a “diagnosed breech” baby to be found, on being delivered by caesarean, to have turned the “right” way up, all by his or her little self.

The second assumption is that all breech babies must be either turned before birth (external cephalic version, it’s called) or delivered by caesarean. The researchers speak of “diagnosing” breech babies as though they were an illness: if instead we spoke of “detecting” or “discovering” breech babies, we would be acknowledging them as part of the wide range of normality which midwives and doctors should be trained to cope with.

Caesarean for breech has become the default option, reducing the opportunities for doctors and midwives to observe a well-managed breech delivery. The rules for this are rather different: I won’t go into detail but the great midwife and breech specialist Mary Cronk, who died last February, used to tell her students to keep “hands off the breech” and to exert patience and restraint. The reason why obstetricians advise that breech babies are delivered by caesarean is because they fear that staff with the appropriate training and experience won’t be available to support the woman if she goes into labour spontaneously.

And the third questionable assumption is that ALL women with breech babies at 36 weeks will automatically opt for having the baby turned and then a vaginal birth. Many won’t – and that should be their choice, not the doctor’s. There should be a discussion, where the woman can express her own feelings and ask questions. In practice, the overall caesarean rate will probably go up, not down.

In short: we would detect more breech babies if midwives had more time to be with women instead of rushing them through ten minute appointments; we could reduce caesareans by having better trained midwives and obstetricians, so that they felt more confident when the undetected breech baby turns up on the labour ward; and women should be able to make an informed decision for themselves, not shunted along an assembly line just to keep the caesarean statistics down.

Qualities needed here are patience, the ability to listen and hands-on experience – all features of good midwifery. Patience, listening and experience? You must be joking. Time and again, the healthcare professionals’ default solution is not to push for better training of midwives, or better paid midwives, or more midwives… but for more machines that go PING!