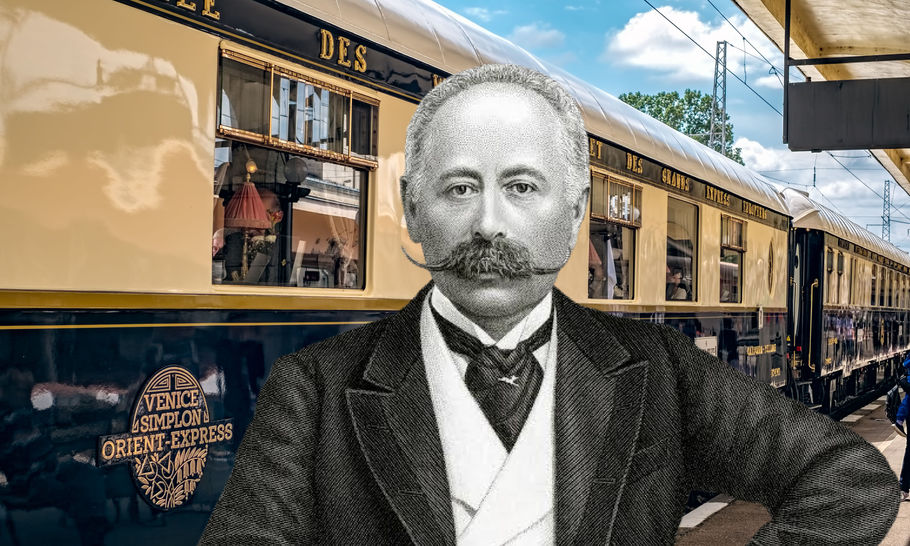 After two world wars left Europe in ruins, economic policies that promoted autarky — extreme protectionism leading to economic self-sufficiency — were discredited. As a counter to pre-war authoritarianism, post-war policies favoured free trade. At first slowly, but gradually picking up pace, free trade levelled the barriers isolating national economies.  Free market economics, or “neoliberalism”, peaked when the Soviet Union went out with a whimper rather than a bang.

Detractors of free trade were exiled to the fringes of the political spectrum. But for some time the balance of power between liberals and protectionists has been reversing, and war in Ukraine took it past a tipping point. Protectionists have come out of the cold and now occupy the political centre ground.

In a year when the EU, once built to champion single markets across national borders, introduces round after round of sanctions on trade, it is apposite to remember Maurice de Hirsch, one of the most creative and possibly wealthiest banker of his day. His successes and failures portended much that was to go well and to go badly in the twentieth century.

Moritz von Hirsch was born in 1831 to a family of bankers in Munich. Many Wall Street banks were founded by emigrants from Bavaria: Marcus Goldman, Joseph Sachs and Henry Lehman. But members of the Hirsch family saw no need to seek their fortune in America. In Bavaria, where in 1818 the king had ennobled Jacob Hirsch, the grandfather of Moritz, business was good. Moritz as a teenager was sent to school in Brussels, and there he met his future wife Clara, née Bischoffsheim, related to the owners of the London bank, Bischoffsheim & Goldschmidt. Settling in Paris, Moritz styled his name as Maurice de Hirsch.

Maurice de Hirsch’s specialty was doing business with governments. When a railway in the Grand Duchy of Luxembourg needed new investors, he convinced Otto von Bismarck, then prime minister of Prussia, that taking a stake in a Luxembourg railroad would boost Prussian influence in a strategic flashpoint of Franco-German rivalry. Then, with the Prussian undertaking in hand, Hirsch went back to Paris and coaxed French authorities to top the Prussian bid. This successful manoeuvre may have encouraged Hirsch to hunt for bigger prey.

Building railways was a 19th-century boom business, with the potential for making vast fortunes — but, as shareholders in the Luxembourg line discovered, sometimes breaking them too. When Maurice de Hirsch grasped the opportunity to finance a railway of positively gargantuan dimensions, a line connecting Istanbul and Vienna, respectively the capitals of the Ottoman and the Habsburg empires, he encountered both outcomes.

In 1870 the Compagnie Générale pour l’Exploitation des Chemins de Fer de la Turquie d’Europe was launched, promising a veritable cornucopia of economic spin-off benefits. The Ottoman or Oriental Railway, as it became known, would not only facilitate trade flows within and between two empires; more than that, it also would reduce reliance on sea-borne traffic between Europe and the Middle East to the south of Turkey. All that was now left to do was for the tracks to be rolled out.

Anyone who remembers the Eurotunnel IPO knows that railway lines have a way of becoming entangled in a myriad of interlocking logistical mishaps. And in this case, complications were compounded because these lines were to be laid across mountainous Balkan terrains. Maps, such as they were, had not been drawn up with use by railroad engineers in mind. An even bigger challenge than Balkan geography, however, was Balkan politics.

In the 1870s the Ottoman Empire saw rebellions in Hercegovina, Bulgaria, Serbia, and Montenegro, precipitating Russian intervention that escalated into war. The 1878 peace treaty cost the Ottoman empire the loss of Serbia, Montenegro and Romania – independent countries that were henceforth in the camp of their protector, Russia. Another insurrection broke out, this time in secessionist regions bordering on Bulgaria. Twin fiscal pressures of reduced tax revenue and increased military spending precipitated an Ottoman government default. As for Ottoman investment in Hirsch’s railway: it was obvious the Ottoman government would no longer keep up their end of the bargain. Restructuring followed restructuring, and Hirsch had to wait until 1888 for trains to complete their maiden journeys. But it was worth the wait. The Ottoman Railway was at last on track and its most luxurious service became an icon of railway lore: the Orient Express.

A new biography of Maurice de Hirsch, The Baron, reveals his pioneering achievements in a sideline. De Hirsch from an early stage of his career had been a sponsor of an organisation funding education and relief for Jews around the world, the Paris-based Alliance Israélite. But after learning of atrocities committed in the Balkan wars – atrocities inflicted on Jews as well as on Muslims and on Christians – he rebalanced the makeup of beneficiary groups. Taking his cue from one of his lieutenants that war between Russia and the Ottomans was of a quality unknown in Western Europe (“a war of extermination” where “the vanquished must not just surrender but must disappear”), in 1888 he endowed an educational fund earmarked for Galicia and Bukovina, two regions added to the Habsburg empire in the 1770s. (Today, parts of Galicia are in Poland, parts of Bukovina in Romania.)

In the Galician capital Lvov, Jews made up a quarter of the population, in the Bukovinan capital Czernovitz, more than a third. The majority of the population was nearly equally divided between Roman Catholic Poles and Greek Catholic Ukrainians. As it was Hirsch’ avowed aspiration to overcome inter-ethnic frictions, he stipulated that these schools admit children regardless of their denomination.

Hirsch later expanded into another activity, sponsoring Jewish emigration from Russia. Hirsch came to witness Western nimbyism against Jewish immigration. The Times on 30th April 1891 complained of Jewish immigrants who “can only bring economic embarrassment and dangers both hygienic and social,” and praised Hirsch for protecting Europe by diverting Jews to Argentina.

The West has reacted to a new war in Eastern Europe, in Ukraine, with a suite of protectionist measures. As happened with the demise of the Soviet Union, neoliberalism is going out, not with a bang but a whimper. One might wish to pause for a moment of reflection, and ask whether the West is unwittingly falling into the same trap as the generation following Maurice de Hirsch.