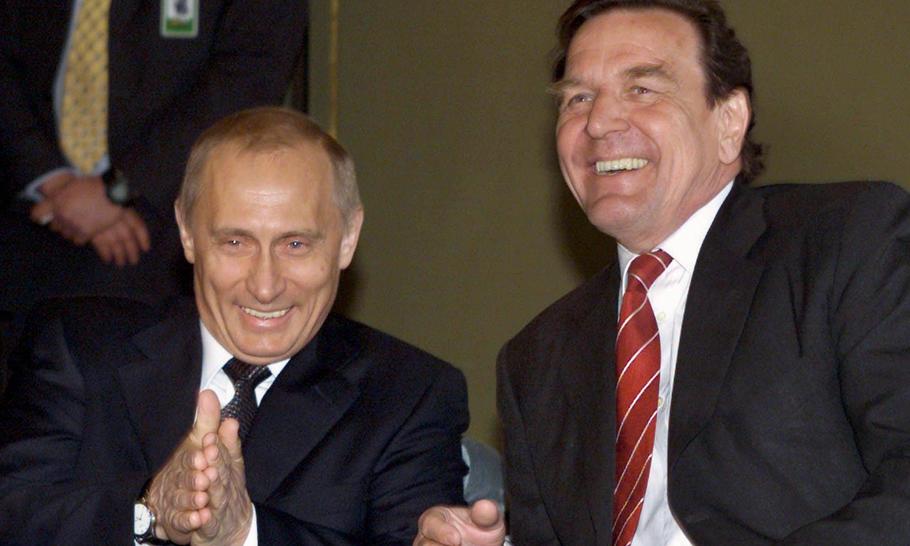 It would be fair to say that Britain has not looked as detached from the Continent since the 1960s. Then the bad feeling was caused by General de Gaulle twice saying “Non” to our bid to join what was then the European Economic Community. Now the froideur is, of course, the legacy of our acrimonious departure. Having plunged to Arctic temperatures over three years of bad-tempered Brexit negotiations, then been buried in permafrost during 18 months of the pandemic, relations between the United Kingdom and the European Union show no sign of warming.

The latest skeleton of contention can be summed up in one word: gas. Much of the EU — though not France, which (unlike Germany) has wisely stayed with nuclear power— is dependent for its gas on Russia. By contrast, the UK extracts its gas from territorial waters or imports it from Norway and the Gulf. This makes our supplies relatively secure and explains why we have smaller storage facilities than our neighbours. But this security does not insulate the UK from international energy markets, over which Russia — which alone produces a quarter of the global gas supply — has an unhealthy influence.

Hence Downing Street’s sharp critique of the Kremlin for playing power politics with gas. A spokesman for Boris Johnson last night accused Moscow of “choking off” gas supplies in order to force up prices and thereby put pressure on the EU. At stake is the holy grail of Russian energy policy: the Nord Stream gas pipelines, which run under the Baltic Sea to Lublin, near Greifswald, in Germany. The original Nord Stream pipeline was a joint enterprise with Royal Dutch Shell, but the new pipelines known as Nord Stream 2 are a wholly-owned subsidiary of Gazprom, the Russian state energy company. The entire project was made possible by intensive lobbying in Germany by the former Chancellor Gerhard Schroeder, who has been on the Gazprom payroll ever since he left office 16 years ago.

Now completed, Nord Stream 2 awaits approval, first by German and then by EU regulators. The British intervention is bound to irritate both Berlin and Brussels, but as Downing Street warns, the security implications are “serious” for this country, too. Not only will Ukraine be cut out of the supply chain and lose a major source of revenue, but it may find itself even more strategically isolated and thereby vulnerable to Russian aggression. Ukraine’s “frozen war” with pro-Russian separatists could be restarted by Moscow at any time. And the fact that Russia will, thanks to Nord Stream 2, have total control not only of its gas but also the pipelines to Central Europe gives Vladimir Putin the means to blackmail the EU on a range of issues, from military intervention to human rights.

As leadership in Europe passes to Emmanuel Macron, who regards Nato as “brain-dead”, the risk is that British interests will be damaged by a diversion of resources away from the Atlantic alliance towards the chimera of a European army. Meanwhile, the Biden Administration continues to refocus US foreign policy away from Russian threats to Europe and onto China’s threat to Taiwan and the Indo-Pacific region. The Director of the CIA, William Burns, has just announced the creation of a new China mission centre, justified by the fact that Xi Jinping’s regime poses “the most important geopolitical threat we face in the 21st century”. The implied message to Europe is: unless you help us contain China, you’re on your own.

Yet there is little sign that Europe has woken up to the threats posed either by Chinese expansion or by Putin’s energy politics. Public opinion in Germany is still dominated by Brexit and Trump. An opinion poll there by the Körber Foundation found that while Britons saw Germany as their second most important ally after the US, 54 per cent of Germans see France as a more important ally than America. Just 10 per cent rate the US as their most essential partner, while 6 per cent see China and 5 per cent Russia in that role. A mere 1 per cent of Germans now see Great Britain as Germany’s most important ally, while another poll found that only 37 per cent even regard the UK as trustworthy. Last week, a much-noted article in The Times by Peter Tiede, lead columnist for the tabloid Bild, suggested that Germans were revelling in “schadenfreude” at Britain’s fuel shortage and couldn’t care less because “nothing happening on your shores makes much of a difference to our lives”.

Given this background, the British attack on Nord Stream 2 may fall on deaf ears. But there is another reason why relations with the EU remain at such a low ebb. The logic behind the European officials’ determination to drive the hardest possible deal over Brexit was that leaving the Union could not be seen to pay. The UK must be penalised, even to the extent of risking a reopening of old wounds in Northern Ireland, so that none of the other 26 member states would be tempted to follow the British example. The EU has been ready to pay the price of a sharp decline in cross-Channel trade — by the end of this year the UK will no longer be among Germany’s top ten trading partners for the first time since 1950 — because the principle of European unity comes before all other considerations.

This fear of a breakup is no fantasy — indeed the EU may now be more fissiparous than ever before. This week the Polish constitutional court has ruled that the European Court of Justice has no right to overrule the Sejm (Parliament) on the question of judicial appointments. Poland’s ruling Law and Justice Party has been much criticised in Brussels for allegedly undermining the rule of law. The principle of the precedence of EU over national law is the bedrock of the Union and one of the issues that led to Brexit. Poland’s rejection of this principle puts it on a collision course with the EU, which has imposed sanctions by freezing €60 billion of subsidies.

What this means for Britain is that the imperative of European solidarity will ensure that the post-Brexit froideur continues for the foreseeable future. This doesn’t mean that diplomacy is useless or that political gestures towards Europe are a waste of time. It is essential that those who remain well-disposed towards Britain should see clearly that the responsibility for poor relations does not lie in London, but in Brussels, Paris and Berlin. Boris Johnson is right to remind our friends about the Russian stranglehold on gas, but he should balance Cassandra-like warnings with unceasing efforts to rebuild our partnerships on a bilateral basis. All the more reason for him to reach out to the innumerable Anglophiles on the Continent.