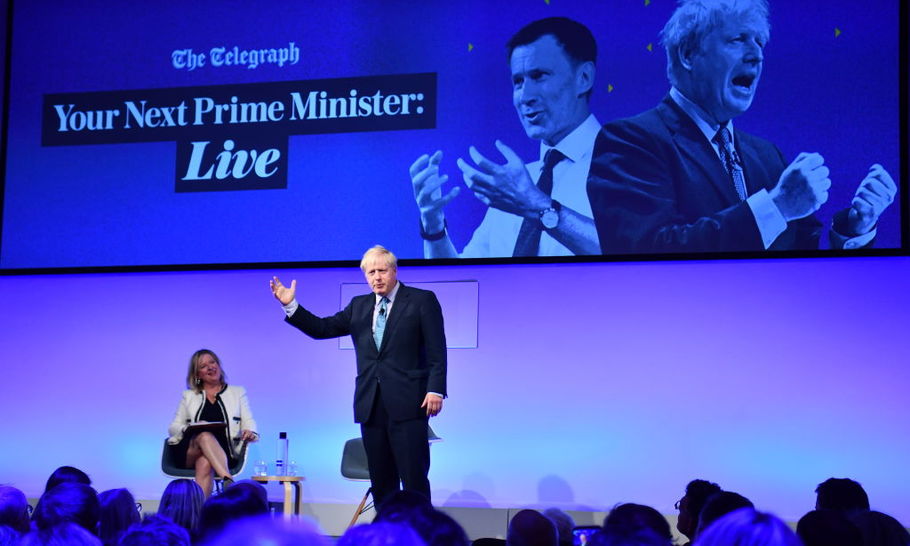 Some years ago, when Britain had serious politicians running the government, and a sizeable body of journalists who took their responsibilities seriously, I was in fairly regular contact with a gentleman by the name of George Jones.

I say gentleman, because he was just that. He had a nice manner about him, polite, softly spoken, with a wry sense of humour; he took his work seriously without taking himself too seriously. George Jones, for much of the time I knew him, was the political editor of the Daily Telegraph. It was a serious paper.

It was a right-wing paper, and prior to jumping the media-political fence to work for Tony Blair, I worked on left-wing papers, mainly the Daily Mirror. The political outlook of our respective papers would often be clear in the choice of lead story, headlines, photo selection. It would certainly be clear in the editorials although, to be fair to Charles Moore, when he was editor, he often asked me to write “an alternative view.”

But most days, if you looked merely at the news stories I wrote in the Mirror, and those George Jones wrote in the Telegraph, my pro-Labour bias would be a lot more evident than any political bias that he had. I worked for a tabloid. He worked for a broadsheet which, even in the Thatcher heyday, kept at least some semblance of a divide between what was news and what was comment.

Today, that has long gone. The Telegraph is now little different to the Mail, the Express, the Sun or the Star. Its aim is to use whatever weight it may have to support the Tory government, its main project, Brexit, and its leader, their former highly paid “star” columnist, Boris Johnson.

Yesterday morning, I was up early to write my column for the New European, and had settled on a theme I have addressed before — that the skill set required to be a columnist is considerably inferior to the skill set required to be Prime Minister. It is something of a tragedy at this moment of global crisis that we have as national leader someone who has the former skill set in much greater supply than the latter. Slogans, headlines and talking points are his trade; detail, analysis and deep thinking are not.

I was done by 8a.m, and turned on the radio to hear the lead story… Boris Johnson had written a column… for the Daily Telegraph… about statues… and Churchill.

But buried further down his article, well past the first three non-paywalled paragraphs was his announcement of a review into some of the race issues highlighted by the Black Lives Matter protests following the death of George Floyd.

Our talking points Prime Minister had had views on that too, expressed not in a 1,000 word column but a series of tweets — far longer than anything he has ever tweeted about Covid-19 — about how appalling it was that Churchill’s statue was boarded up (as it had been on occasion when he was Mayor of London, by the way.)

He does so love to write about Churchill, in the vain — in both senses of the word — hope people start to make an association beyond posh vowels and expensive education. The consequences of this twittery, however, as anyone with a brain in their head could have foreseen, was further to fire up the football thugs and fascists that Stephen Yaxley-Lennon and other assorted darlings of the extreme right had encouraged to descend on London for a set-to with Black Lives Matters activists.

The BLM supporters having in the main heeded the calls of the Home Secretary and the London Mayor to stay away, the football thugs and fascists had nobody to fight with but the police, somewhat denting their stated aim of being there to prevent a breakdown of law and order with regard to statues.

There are two sorts of politicians; those who seek to solve problems; and those who seek to exploit them, even if it means making them worse. Johnson is very much in the second camp. Had he an ounce of shame, or even an iota of leadership, he might have felt that his statue tweets having played into the Yaxley-Lennon game, he should perhaps have turned his attention to something else, like the appalling Covid death rates, or the very far from “world-class” test, track and trace system. But of course the whole point of his excursion into the world of statues was to stop anyone, let alone him as Prime Minister, focusing on these things.

Far from dialling back, Trump-style he doubled down. He did what he has done so many times in his life before — whacked off a quick piece for the Telegraph — and the paper did what they it has done so many times before – played it big. I can hardly blame them. He is the Prime Minister, and whether I like that fact or not, it means that what he says and does is news. But at that point, serious newspapers make serious judgements, not least about motivation. It should not have been left to David Lammy, but should have been part of their original story, to point out just how many such reviews and commission reports of the sort Johnson was calling for were currently sitting on shelves, their proposals unimplemented.

They, and certainly any media minded to follow up, might also have pointed out that, if this were a serious suggestion, it should have been set out to the country in Parliament, not behind a paywall on his journalistic home of choice.

But there is no point expecting any better of Johnson, any more than Donald Trump can change his ways. Likewise, the Telegraph is too far gone. Love Brexit, hate Meghan. Love Boris, hate the Beeb. They too operate mainly now at the level of simplistic slogans, journalism not as George Jones practised it, but as propaganda dictated from on high, or the Channel Islands.

This rampant one-sidedness is not the only reason sales are falling, but it is one of the main ones. They are now down to a circulation of 317,000 and heading ever-lower; so low they have decided to withdraw from the official circulation measuring scheme, the Audit Bureau of Circulations.

It’s something else they have in common with their star turn… if the data tells the true story, and you don’t like it, just bury the data. It might work for a while. But as long-term strategies go, it’s shaky at best, disastrous at worst.