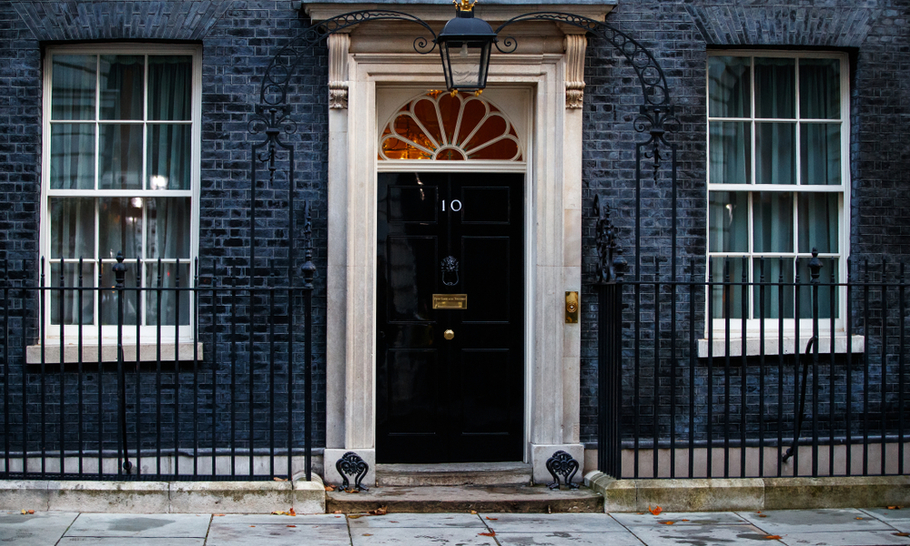 As we have come to expect of him, Boris Johnson’s resignation speech on the steps of Downing Street was defiant, debonair — and quietly devastating. He made no secret of his regret at having failed to win over his party — “when the herd moves, it moves” — but he accepted the verdict of “our brilliant and Darwinian system”. All the same, he observed with caustic understatement, it was “eccentric” to change government in the midst of a European war and a global economic crisis. Boris has an eye for the headline: “Them’s the breaks.” But he remains in office until the new leader is in place — whatever his enemies may say.

This was the valediction of a valiant fighter: a born leader such as we rarely see in this or any country. That he has been brought down prematurely is a tragedy worthy of Aeschylus or Sophocles, even if there are comic elements too in his story to which only a Phoebe Waller-Bridge could do justice. This is a big man who should have gone on a big issue, not over the trivia of office parties and drunken debauchery. As he ruefully reminded us, there are many who voted Conservative for the first time in 2019 who will be disappointed. He must take his share of the blame for that, but he himself is also a prime example of the “boundless British originality” he celebrated. These are dark days at home and abroad, but Boris is a voice of hope even in adversity: “Our future together is golden,” he concluded. His outsize personality will be missed on a political stage that suddenly seems much emptier.

After the Labour landslide of 1945, when Winston Churchill was cast down by the scale of his defeat, his wife Clemmie tried to cheer him up, remarking that it might be “a blessing in disguise”. Indignant at the ingratitude of a nation he had just led to victory, the great man replied: “At the moment it  seems quite effectively disguised.”

Churchill at least had the consolation of going to the country. Boris Johnson’s premiership has ended, not with defeat at the ballot box, but with a putsch by his own party. The Prime Minister has been hustled out of office by ministers who owe everything to him. It is a spectacle such as we have not seen since the fall of Margaret Thatcher — another charismatic leader who broke the mould of British politics and was ultimately punished for threatening to “go on and on”.

Boris Johnson’s time in No 10 has, of course, been much briefer than either Churchill or Thatcher, both of whom defined their respective eras. Yet in the short but memorable period that he has been Prime Minister, Boris has changed Britain more than many of his longer-serving predecessors. Perhaps his most signal achievement was to save the country from a Labour Party led by Jeremy Corbyn, a man whose odious convictions were disguised by the likes of Keir Starmer and only exposed by Boris. His leadership during the pandemic was always contested but he got the big calls right, above all in the vaccine rollout and the early lifting of restrictions. Not only did he get Brexit done, in the teeth of a concerted attempt by the Establishment to reverse the result of the 2016 EU referendum, but he has charted a course for the future of “Global Britain” which his successor is unlikely to alter significantly.

This has been most apparent in his handling of the Russian invasion of Ukraine, the most destructive and dangerous war on the Continent since 1945. Boris Johnson has set Europe and America an example of leadership that may well have saved Ukraine and has preserved the unity of the West. Outside Westminster, the Ukrainian cause has been popular with the British people, who cannot abide a bully. It is a tragedy that the PM’s slapdash managerial style has allowed the political, media and bureaucratic establishments to focus on questions about his personal integrity, rather than on the incomparably graver question of how we can preserve our way of life which has been imperilled by Putin’s nihilistic war of conquest.

In the end, Boris was brought down less by his own conduct than by his misplaced loyalty to his erratic subordinates: Dominic Cummings, Owen Paterson, assorted members of the Downing Street staff, Chris Pincher. Nor did he grasp the importance attached by others to public statements: who did what and when. His careless talk has ultimately cost him his political life.

Much of this — from the overhyped Sue Gray report to the latest “scandal” over a sordid incident in the Carlton Club — was the stuff, not of real politics, but of office politics. Boris Johnson has paid a heavy price for his failure to delegate effectively, although few of the 14 million who voted for him just two and half years ago could begin to explain what exactly is supposed to be his hanging offence. If keeping dubious company is sufficient grounds to drum an incumbent out of Downing Street, most if not all of his predecessors would have shared his fate. Historians will pick over the entrails for decades to come, but the abiding impression is that an embittered, unelected Remainer elite, led by mandarins and media grandees, could not forgive him for having made Brexit happen. As discontent grew since the autumn, they and their allies in Parliament seized the opportunity to remove him. The Gulliver of politics for the past decade has been brought low by Lilliputians.

If the Conservatives now choose a leader in the Major or Cameron mould, who takes the country in an entirely different direction, they will open up a space on the political spectrum for a rival party of the Right. Were that to happen, Boris Johnson could yet make a comeback. The PM has none of the taint of extremist populism that still attaches to Nigel Farage and his European counterparts. He proved in the 2019 general election that his personal appeal transcends the old categories of Left and Right.

It would be foolish to write him off, as many commentators have already done. Life under a future Labour Government, perhaps propped up by Scottish Nationalists and Liberal Democrats, could well remind the electorate of why they voted for Boris Johnson — and only incidentally the unloved Tory party — in 2019. If they are angry with him now, it is largely because he has failed to get a grip of his party and to transform it to reflect the new coalition of voters he assembled at that election.

Sir Keir Starmer now says that Boris Johnson was “always unfit for office” and must not be allowed to remain as caretaker for a moment longer. It is curious that a lawyer who makes much of his experience as DPP seems to have such a shaky grasp of our unwritten constitution. In carrying on the Queen’s government until a successor is chosen, Boris Johnson is doing neither more nor less than his predecessors. He is fully entitled to remain in office until his party has a new leader who can command a majority in the Commons. Sir Keir is equally entitled to call a vote of confidence, but there is no doubt that, as ministerial appointments continued this morning, the Government is already pulling itself together.

Boris Johnson’s place in history is secure, for such things are not measured by longevity in office. We must hope that his departure will not weaken us in the terrible war against the West now being waged by the criminal in the Kremlin. President Zelensky’s judgement of the man he, like the rest of the world, knows only as “Boris” may prove more durable than that of Westminster, Whitehall and Broadcasting House. Boris Johnson’s faults are many, but they are also minor and hugely outweighed by his achievements. In years to come, he will be remembered as a man who tried to lift the animal spirits of the British people, who refused to acquiesce in national decline and who loved his country more than any of those who brought him down.