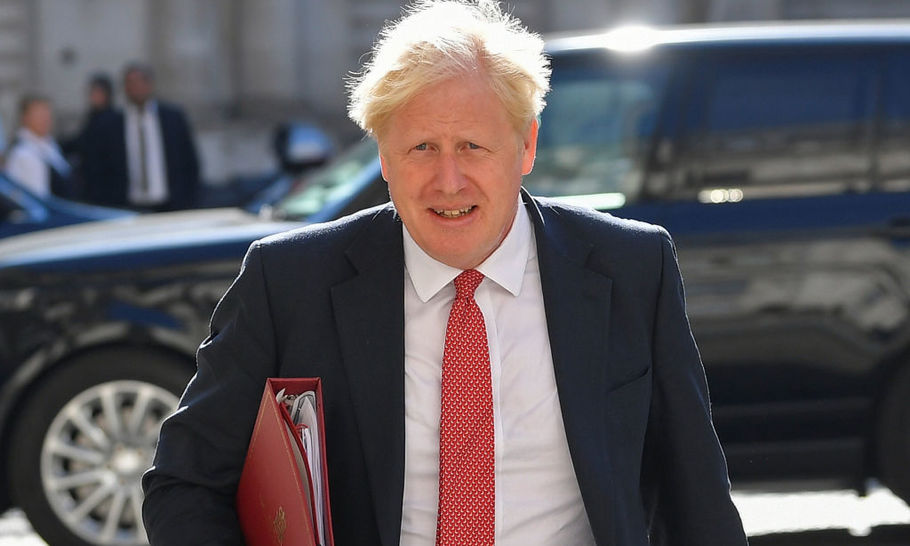 Shortly before the general election last December, Boris Johnson posted a video of himself wearing a chef’s apron emblazoned with the message — what else — “Get Brexit Done.”

“This is the oven-ready pie,” he began. As he took a pie from a large oven, he went on: “We have just made a symbol of what we intend to do if we are lucky enough to get a working majority Conservative government, and get Brexit done. Put the deal we’ve got ready to go, in the oven, take it out before Christmas, and move our country forward. You put it in, slam it in the oven, take it out, there it is — get Brexit done. Take the country forward, unite, level up, How can we express this idea more succinctly and more clearly? There it is.” And there indeed it was. A pie.

In case we missed the point, he posted the film with the short tweet: “We’ve got the deal. It’s oven-ready. Vote Conservative on Thursday.”

It was classic Johnson. Full of vim and energy, strong imagery, a repeated message, but devoid of detail or serious analysis. It was all going to be so simple. All the country had to do to put this great deal into action was vote Tory.

When, a month later, he secured the first part of the deal, the withdrawal agreement, he did so by caving in to demands made by the EU and going back on pledges made to the people of Northern Ireland about the need for a border in the Irish Sea, and checks on goods. Helped by the more slavish elements of the media, by backbenchers who felt they owed their 80-strong majority to Johnson and his Brexit promises, and by his capacity to present black as white, true as false, and failure as success, he more or less got away with it.

Roll on a few months though, and it transpires that Johnson doesn’t actually support the deal on which his MPs were elected, and which he presented to the country and the world as a great triumph. Indeed, it turns out he sees it as being so bad for the UK that he is prepared to tear it up. Some of its consequences, he now says, were “not foreseen,” even though he was warned of them at the time. But at the time, of course, he was too busy saying how well he was doing, and how wonderful it was all going to be, to notice.

Johnson doesn’t do detail. He does narrative. He does stories. He is shaping the narrative for the two outcomes now most likely — no deal on the second stage of the negotiations on the future relationship between the EU and the UK; or a very bad deal in which, again, he is forced to concede on points the EU has insisted upon all along as points of principle. Helped by those same elements above, he will try to pull the same trick again — I got a deal in the end — and hope nobody notices it was not the deal he wanted. We already know from Part 1 of this sorry story that he really doesn’t care if the deal contradicts promises made.

His latest move, however, goes somewhat further than your average bog standard broken Johnson promise. Parts of the internal market bill — due to be published tomorrow — will override key parts of the withdrawal agreement, which is a legal agreement between the UK and the EU. The aim is reportedly to “eliminate the legal force of parts of the withdrawal agreement” in areas including state aid and Northern Ireland customs. The effect is to resurrect the risk of a hard border returning to Northern Ireland, with all the risks that entails to the peace process.

But there is a broader problem to this tactic, especially important at a time when future economic success will depend on trade deals struck with other countries and regions — namely that it signals to the world that Johnson’s word, even in a legal deal, cannot be trusted.

This is of course no surprise whatever to former wives and partners, children, newspaper editors and colleagues in his climb up the political ladder. And it may not have overly surprised EU leaders who have grown used to Johnson’s patchy relationship with principle and truth. But that doesn’t mean they will not have been shocked that he could consider tearing up an agreement made so soon after making it.

I think we sometimes underestimate the importance of the UK’s reputation as a country governed by the rule of law to our broader standing in the world. We underestimate too the importance of a reputation founded on the idea that you can be trusted to keep your word, and keep your side of a bargain. It is one of the reasons, for all the grief we sometimes caused the EU, that the smaller countries in particular, are so sad to see us go — we have long been seen as a country capable of playing the role of honest broker. With Johnson, we risk developing the reputation of dishonest breaker of our word, and of laws agreed between nations. That is one sure fire way of seeing a country’s hard-won reputation fall apart very quickly.