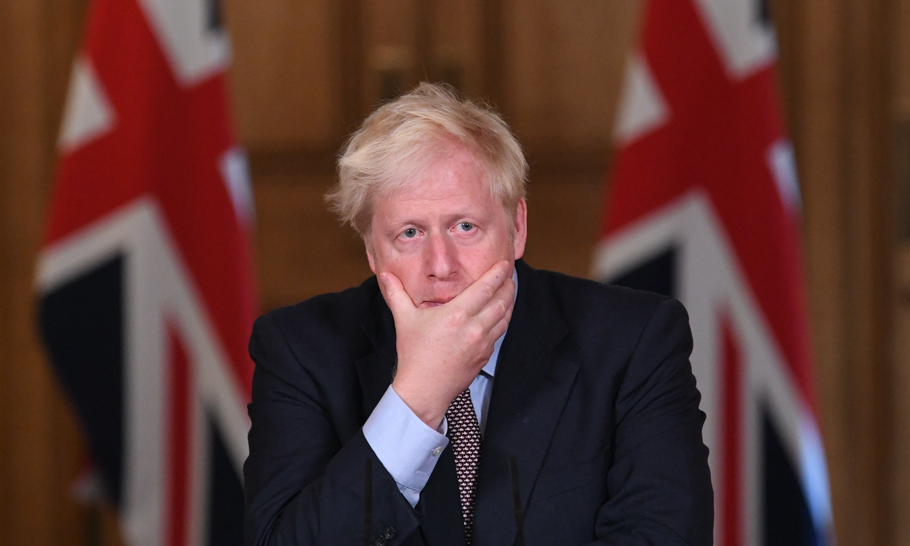 “Blindsided.” This is the word that has emerged to describe the reaction in Downing Street when the full implications of the new variant of Covid-19 became clear last Friday. The warnings from scientists are, it seems, dire. The mutation of the coronavirus is estimated to be pushing up the R number by as much as 0.93. This makes a sharp rise in cases, hospitalisations and deaths inevitable. One scenario predicts that by February Britain could have 700,000 new cases, 20,000 admitted to hospital and 5,000 deaths a week.

This is only one possible extrapolation from the data. It may not be too late to slow down the spread of the mutant virus by observing restrictions on movement and social contact. Sir Patrick Vallance, the Chief Scientific Adviser, admitted yesterday that the new variant was “everywhere” but he remains sanguine that the impact on the vulnerable can still be limited. But if the pandemic is to be brought back under control, even tougher measures will be needed. What is not clear is whether the public can stomach them and, if so, whether the Government has the will to act decisively.

The fact that the PM resisted “cancelling Christmas” until the last possible moment shows how difficult a quandary he was in. After a year of misery, the country had been looking forward to a brief respite even more than usual. Now the annual family get-together has been downgraded to yet another reiteration of “we’ll meet again, don’t know where, don’t know when”. For many, Christmas will be more funereal than festive this year.

Then came the international reaction. The blockade imposed on Britain by France was predictable but not, it seems, predicted. Would a call from Downing Street to the Élysée before, rather than after, the PM’s shocking weekend press conference have helped? It is hard to know but safe to say that relations between Johnson and Macron have never been worse.

Damage limitation has now begun, but essential supplies remain precarious as bottlenecks build up around the Channel ports. Most other countries have now stopped flights from the UK and there is no way of knowing when this isolation will begin to be reversed. The world has left the British to stew in our own juice.

This is the way that the politics of pandemic plays out. Even though it is untrue that new variant Covid has only been detected in the UK, it suits our neighbours to act as though this were a repetition of the BSE/CJD “mad cow” epidemic that ruined British beef farming a generation ago. The fact that the first instances of the mutant coronavirus were found in Kent, England’s gateway to the Continent, strongly suggests that it did not originate in this country. The speed with which the second wave has spread elsewhere implies that this or perhaps other mutations are at work across Europe. Other nations have simply imposed lockdowns. But the excellence of British genomic research in discovering minute changes in the coronavirus, combined with the sensationalism of the British press, has created a perfect storm for the Government. Boris Johnson had no choice but to explain why the policy of easing restrictions over Christmas had been abruptly reversed. Otherwise, how could he look his own party in the eye?

Once again, therefore, the Westminster tail is wagging the British dog — even though Parliament isn’t even sitting. Conservative MPs are said to be furious because constituents are complaining that family members have had to cancel visits. Other politicians can blame the Tories, but they can only blame Boris.

Yet surely the bigger picture is more important. The whole world now believes that the UK is a uniquely dangerous place to be, or with which to have contact, when the truth is rather different. The latest death toll reported here was 215 yesterday, a 7.7 per cent rise on last week. That is worrying, but it still compares favourably with France, where the latest count was 351 deaths, or Germany, where it was 710. It is the same story with new cases and hospital admissions: the UK is at the lower end of the scale in Europe. Of course this could well change, but at present we can do without the patronising sympathy of Thierry Breton, the French EU Commissioner, who said yesterday: “It’s a tragedy what is happening in Britain.” The Commissioner should take a look at Belgium, where he is based: it has the highest rate of deaths per million in the world.

As for the United States: its numbers, admittedly in a much larger population, have already far surpassed anything imaginable here, with around 200,000 new cases and nearly 2,000 deaths a day. The US death toll is approaching a third of a million, making it a racing certainty that Covid will kill more Americans than died in the Second World War.

None of this is to suggest that we in this country should feel in the least complacent about our plight. As long as it suits everyone else to scapegoat the British, the UK will continue to suffer the effects of the informal quarantine that has been imposed on us. And the Government will have to deal with those effects, including the questions that will inevitably be asked by the media, beginning with: how did you let it come to this?

The rationale of Brexit was to take back control. A blindsided Prime Minister is, by definition, not in control. Boris Johnson needs to get a grip, and soon. Or else he should make way for someone else — Rishi Sunak? Keir Starmer? — who looks as though they know what they are doing.

The next few days and weeks will make or break this Prime Minister. Alone among senior British politicians, he has the rhetorical gifts to rally the nation. He is the only one to have come close to death from Covid. Above all, he won a landslide victory only a year ago. It will require Herculean efforts to rescue us from a predicament that has been exacerbated by an inability to think more than one move ahead. We don’t need a gambler to play poker with our lives, but a grandmaster who can play political chess. There’s no point in denying it: Boris was blindsided. He has what it takes, but will he do what has to be done?