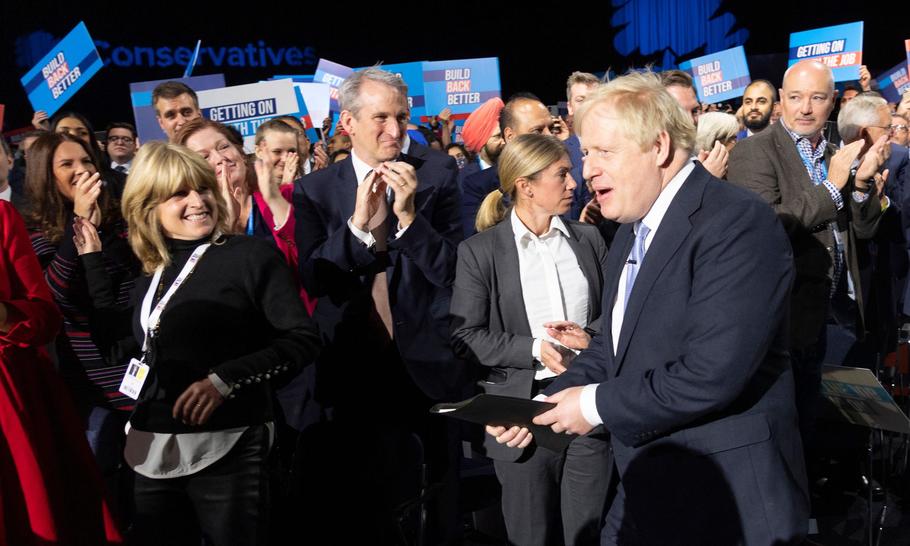 Pick one hundred people at random from across the country and chances are you’d have a fairly equal spread of optimists and pessimists. Of the two, optimism is generally regarded as the preferred outlook. To be optimistic is to be sunny, chirpy — a positive person. The optimist gets things done because they regard the future as worth fighting for. Most high-profile politicians today, certainly in Britain and especially in the Conservative Party, would describe themselves as optimists. But it’s a tag that carries more significance than they recognise.

The convinced optimist, who not only assumes that it will all come good in the end, but who bases their entire outlook on that Panglossian assumption, is a person who finds themself slotted into a very narrow channel of thought. The hardened optimist knows that we all face bumps in the road, but it’s nothing we can’t deal with. Because to be optimistic is to be optimistic about the human ability to overcome. As such, the optimist tends to be fairly ambivalent about the threat of climate change. It’s a problem, sure, but a bit of grit and perseverance will see us through. The optimist usually doesn’t worry so much about financial markets either, or signs of economic slowdown. It’s notable that Matt Ridley, the former chairman of Northern Rock, which crashed so disastrously in 2008, wrote a book called The Rational Optimist. The market is the optimists’ great tool. It is self-correcting. It will take care of everything.

As for society, the optimist doesn’t see division, and what division there is, is of little real significance. Yes, there may be inequality, but that only encourages people to strive harder — meaning that, for the optimist, inequality actually drives beneficial change. As Boris Johnson put it in a speech back in 2013: “I don’t believe that economic equality is possible; indeed, some measure of inequality is essential for the spirit of envy and keeping up with the Joneses that is, like greed, a valuable spur to economic activity.”

As for the ongoing confusions over Brexit: yes, the Northern Ireland protocol is a bit of a tangle, but the simplest way to deal with it is by “tearing up” the Protocol — Johnson’s own words. Only a crazed optimist would consider doing this without considering the reaction of the EU.

At this point optimism is actually giving way to irrationality. The empty shelves in supermarkets? A temporary blip. The increased likelihood that Brexit will break up the United Kingdom? The optimist doesn’t see it.

The vaccine rollout in Britain was a success and the optimist will make much of it, while ignoring the fact that Britain had one of the highest death rates in the world, and the current death rate per million is still the highest in western Europe. A recent report on the Government’s handling of the pandemic by a cross-party group of MPs concluded that “decisions on lockdowns and social distancing during the early weeks of the pandemic — and the advice that led to them — rank as one of the most important public health failures the United Kingdom has ever experienced”.

But there comes a point when both optimism — and pessimism — can shade into delusion. The deluded pessimist thinks the system is rigged against them and concludes that someone must be responsible for that rigging. The question then is, who? Jeremy Corbyn, deeply pessimistic about Britain and British society, pushed Labour towards this question. In response, a section of his followers resurrected some of the most poisonous anti-Semitic tropes of all. Too much pessimism can be both delusional and destructive.

The same is true of the optimist. Boris Johnson has been blinded by optimism, with disastrous results. As Covid ripped through Europe, Johnson refused to lock down, claiming there was no need. It was the classic response of the optimist. The bad thing over there could surely never come and affect us over here. Number 10 dithered. At the time, in March 2020, I wrote about the Government’s lack of action, which it then justified on the basis that it was following the guidance of its public health experts. “What gives serious cause for concern,” I wrote, “is that the corresponding experts in many neighbouring countries have looked at the exact same scientific evidence and data, and have come to very different conclusions.”

Johnson’s pathological optimism prevented him from addressing a fact that seemed obvious, even to me, someone completely ignorant on all matters of public health: that most other nations were reacting very differently to Covid. But the Prime Minister, an instinctive optimist, thought it would all be alright in the end. The pandemic wouldn’t hit Britain with the same ferocity as it had Italy and elsewhere. He was wrong.

Optimism, for all its positive associations, ended up costing lives. Thousands of them. So when you hear Rishi Sunak, the Chancellor, tell the Conservative Party conference that he harbours “an unshakeable optimism about the future”, or when you hear Johnson describe his politics as “radical and optimistic Conservatism”, it’s worth remembering that optimism is not quite the unalloyed good they think it is.

What we want, now more than ever, are not optimists or pessimists, but realists, people who are not swelled by personal conviction, but who are genuine sceptics, that is to say people who appreciate the value of doubt, particularly self-doubt, and whose minds are flexible enough to adapt when circumstances require them to go beyond the bounds of simple gut instinct.

(This article has been corrected. It previously stated that Britain has the highest Covid rate in Europe. It should have specified Western Europe.)