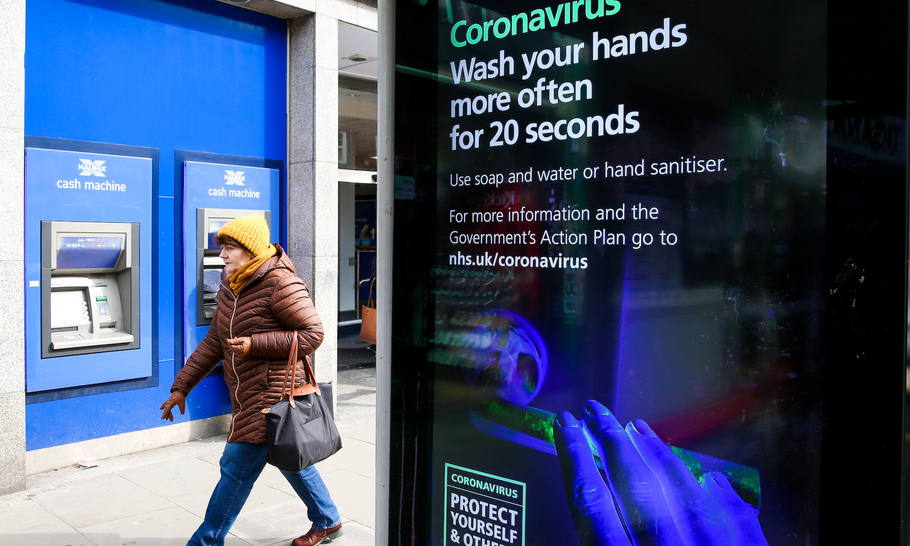 Is the government doing enough to confront the spread of Covid-19? As Daniel Johnson, the Editor, pointed out in his leader this morning, that is the question that now confronts Britain. The government argues that draconian measures to restrict public movement would be counterproductive. Shutting schools, for example, would mean grandparents being called on to look after for children while the parents go to work — that’s a dangerous arrangement to encourage. Shutting down transport systems and putting areas under lockdown would have huge negative economic consequences.

We must hope that the government knows what it is doing, that the chief advisers to the government are right and that their assessment of the evidence and the data is the right one. What we cannot ignore, however, and what gives serious cause for concern, is that the corresponding experts in many neighbouring countries have looked at the exact same scientific evidence and data, and have come to very different conclusions.

The Irish authorities, for example, have decided to shut down all schools and universities with immediate effect. British schools will remain open. I have just dropped my children off at school, all the while wondering whether I was doing the right thing. On the way home I had three separate conversations with three other parents all of whom were wondering the same thing.

Across Europe, sporting events and other large-scale gatherings are being cancelled. This morning, Uefa announced the postponement of all European football competitions, including the Champion’s League. In Britain, the Football League took its own action and suspended all matches until April. And yet Sir Patrick Vallance, the government’s chief scientific adviser, told the Today programme this morning that, “The most likely place you are going to get an infection from is a family member or friend in a small space, not in a big space.”

That’s why, this weekend, in the town where I live, the annual half Marathon is still taking place. Thousands of people will participate. My wife and I, along with the kids, are down to do the family fun run. Again, the British government — as of this morning — seems content that these sorts of events should go ahead. But again the inescapable and deeply troubling thought is that there is nowhere else in Europe where events of this sort are being allowed to continue.

I do not mean to denigrate the scientific advisers to the government, who are widely respected and whose public appearances have been calm, clear and authoritative. It seems, however, that the less stringent approach they advise, and which Britain is following, is a minority view.

There is also a behavioural aspect to the thinking behind these recommendations. People should not be restricted in their movements at this early stage of the outbreak, the thinking goes, as this could lead to complacency on their part at the time when the outbreak is reaching its height. So, in this analysis, just at the moment when people should be most careful in their movements they will instead become restless and this could end up making the peak worse than it otherwise would have been.

This is a whole different category of argument. The judgements of epidemiologists about the transmission of viruses and whether public gatherings are a threat to public safety is one thing. But the assessment of how long it takes before people get complacent over a global pandemic is quite another. This latter is a piece of psychological and behavioural guesswork and should be recognised as such.

The Prime Minister gave his speech yesterday — flanked by experts — and his performance was steady, honest and prime ministerial. But when we look up from the television screen and into the outside world, what differences are there today? What is happening in the street outside now that wasn’t happening yesterday in order to account for this global pandemic? In his Budget speech this week, the Chancellor Rishi Sunak assured the Commons — and the country — that the government would spend whatever it took to support the NHS. That is welcome. But that, it seems, is a plan to react to a crisis once it is upon us. The question now, in these tense days and weeks, is what the government is doing to head off the crisis in the first place. The answer it seems, is very little.

But then perhaps the government has got it right and everyone else in Europe is wrong. Perhaps going into lockdown would be counter-productive. Perhaps sporting events aren’t the threat that we instinctively assume them to be. Perhaps the schools should stay open because kids aren’t so badly affected by the virus and perhaps a less draconian approach will indeed lead to the development of a “herd immunity”, where a population develops a mass resistance to a new illness and we will beat the thing together.

Perhaps. But to re-iterate — no other European country is taking this approach. No other medical establishment is following this analysis.

All we can do in Britain now is hope to god that our experts are right. Perhaps they are. Either way, we will find out at the end.