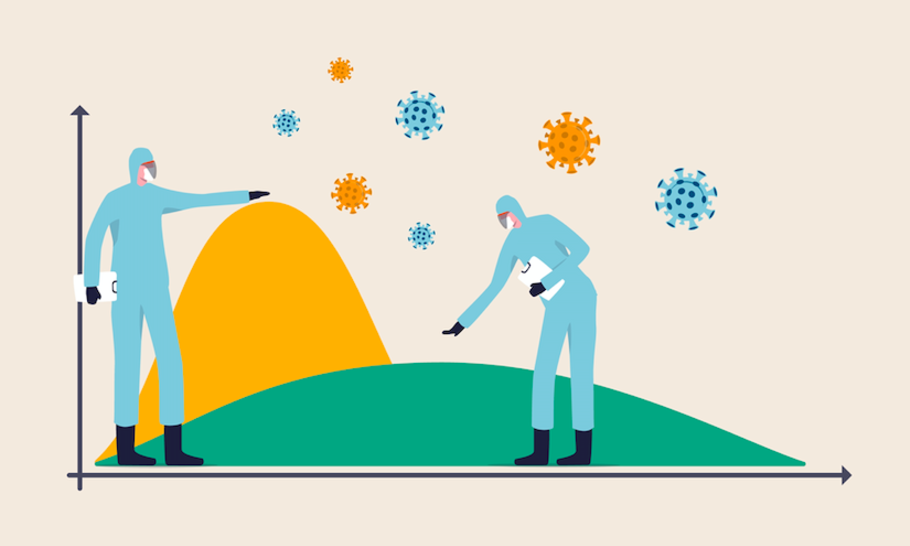 The news that Dominic Cummings, Boris Johnson’s chief political adviser, and his sidekick Ben Warner, have been attending meetings of the Scientific Advisory Group for Emergencies (SAGE) raises an urgent question: how impartial and therefore how reliable is the advice that the Prime Minister has been receiving to combat Covid-19 ?

Has it been unfiltered or has it been tweaked in the retelling to suit a particular narrative? It’s an important question. Lives depend on the answer.

We live with uncertainty but we crave certainty. So we turn to the experts and their numbers for guidance and comfort. Sometimes this leads us down a blind alley and over a cliff-edge.

There may be lessons to learn from the 2008 financial crisis, when a blinkered belief in sophisticated modelling by the financial sector helped to drive the world to the brink of economic collapse. In 2009 governments were printing money to save us from ruin. The Queen was being shown round the London School of Economics. She asked the obvious question: “Why did no one see this coming?”.

This same question rises to confront us as the Covid-19 pandemic scythes its way across the globe. The virus may be new but it’s not unexpected. Like economists who warned of a financial crisis because of too much debt we were warned by among others Bill Gates.

We know two things about how Britain is facing up to this challenge. The first is that the death toll in Britain looks like being one of the highest if not the highest in Europe. The second is that, after a decade or more of punitive austerity, the NHS, along with other key services, has been struggling, and has only been kept afloat by the extraordinary devotion of its workers. We were, unlike Germany, woefully unprepared.

The government repeatedly says that it has been “led by the science”. This raises two questions: the first is which science? Our science, the World Health Organisation’s science, whose? The second is: does scientific modelling offer more than a useful set of clues when making decisions with such fateful consequences such as, for example, the inexcusable shortage of PPE?

In their book Radical Uncertainty: Decision-making for an unknowable future, economist John Kay and Mervyn King, former governor of the Bank of England, examined how good and bad decisions are made. They concluded that this is based all-too-often on data which is either incomplete or misleading or beguiling because it suits the prevailing narrative.

The parallels between today’s global threat with the 2008 financial crisis are striking. The banks relied largely on immensely complex modelling by quants, analysts who built algorithms that attempted to quantify risk which most decision-makers simply didn’t understand.

Mortgage-backed securities were magically transformed into juicy Triple-A investments that sold like hot cakes across the world until someone took the trouble to knock on a few doors in working class America to discover an epidemic of defaulting borrowers.

And so with health. In 1981 the first deaths from an unusual disease occurred among men in San Francisco. The authorities were baffled and, as deaths mounted, worried. The World Health Organisation was asked to create a model to guide policymakers. So it designed an algorithm that predicted a relatively benign outcome. They were wrong by millions.

HIV/AIDS became a pandemic. The WHO model was largely it turns out a desk study of susceptible demographic groups. A simpler one by a team at Oxford University which relied on finding out how HIV/AIDS was actually being transmitted turned out to be much more accurate. Test, trace and isolate. Good old-fashioned detective work.

Science is hugely important. But it is not infallible. A scientific “fact” is only a fact until another fact comes along that proves it isn’t. Confronted with growing evidence of disarray, the government insists that Covid-19 is an entirely new event implying that it was unforeseeable. That is not the case. It is not an unknown unknown.

Covid-19 is the pandemic we have been expecting and rehearsing for. We have been caught flat-footed distracted by among others things Brexit.

John Kay and Mervyn King put it like this: “In the end a model is useful only if the person using it understands that it does not represent ‘the world as it really is’ but is merely one among many tools to base a decision on.”

The mantra “we are being led by the science” provides a convenient scapegoat when things go wrong. It is both a crutch and an alibi. It may be politically convenient. But it is not leadership.