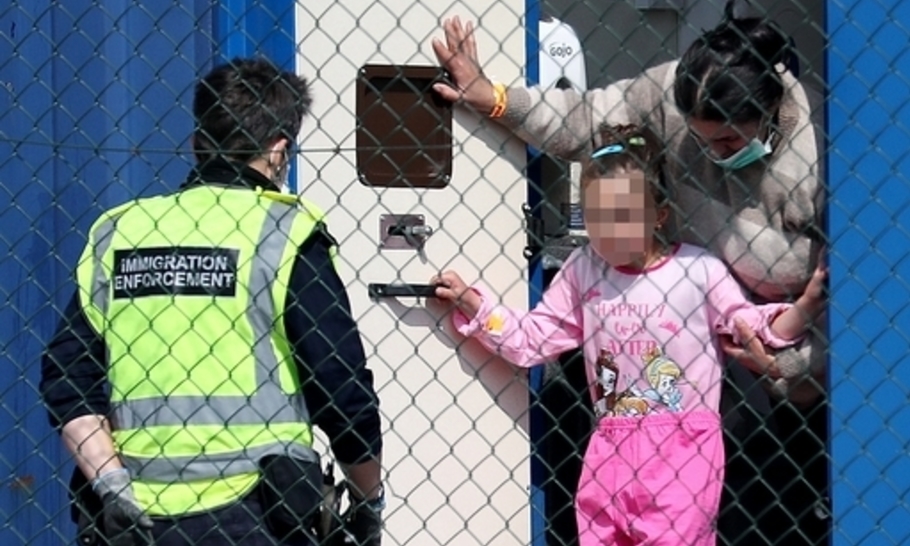 So it’s business as usual. The government is pressing ahead with its post-Brexit immigration system despite suggestions that the Covid-19 crisis might prompt it to rethink some proposals.

The Bill was voted through the House of Commons on Monday night by a comfortable 351 votes to 252, a majority of just under 100.

The legislation will make it in effect impossible for anyone paid less than £20,000 to get a visa to work in the UK. There will be exemptions for those wishing to work in the NHS.

But many of the “key workers” of today, the ones that have kept our country going through the lockdown some dying in the act — bus drivers, delivery workers, refuse collectors, supermarket staff — will be “key” no more after Brexit.

I am not surprised. Boris Johnson was elected on the promise of “taking back control”. What most people who voted for him and for Brexit mean by that is keeping out what are described as low-skilled, low wage immigrants.

Fair enough. You can’t fault a government for doing what it promised to do. Even in the midst of a pandemic We went into this with our eyes wide open.

It’s most likely also a way of saying to twitchy Tory backbench ultras as the state takes control of the economy: “worry not. We haven’t gone soft.”

But it does raise, at last for me, two questions. The first is whether defining someone’s value by how much they earn is sensible. Have we learnt nothing from this crisis? And why the rush? The hostile environment which incubated this particular legislation has alienated many EU citizens who are neither low-paid nor low-skilled and who do essential jobs in the City and in health. They no longer feel welcome so they’re going home. A pause for reflection would seem to be a good idea.

The second question is this: Why do we find it so hard to do the right thing by hard-working immigrants? I am thinking here of the punitive NHS surcharge that doctors, nurses and care workers on a visa have to pay, for the privilege of using the service they work for.

For the record, these are not trifling sums. A doctor or a nurse with a family of four on a 5-year visa, say from India, has to find £8,000 — upfront. There is no right of deferral and it cannot be paid annually or monthly. For some people, these sums are crippling — so they leave, which only adds to the shortage of healthcare workers and, consequently, to the pressure on British NHS staff. How does that help?

I’m not fond of military analogies but without stretching one too far, there’s a parallel here with World War II. We like to think that we stood alone in 1940, a plucky little island defying the Nazi legions. In fact, it was a war fought by the British empire and its allies. There were, for example, over a million Indian troops.

Some were generously treated. The Polish Resettlement Act of 1947 passed by the Attlee administration offered British citizenship to 200,000 Poles in recognition among other things of the valiant Polish 303 squadron that recorded more kills in the Battle of Britain than any other.

Others were not. The Gurkhas, for example, faithful supporters of Britain through many conflicts, had to fight tooth and nail for four years, before securing citizenship in 2008. And this week we learnt that a British army veteran, born in Fiji, who served for more than a decade in the army including tours of Afghanistan, has been told he has to pay over £27,000 for NHS hospital bills incurred during emergency procedures to remove a brain tumour.

Whitewashing the contribution that foreigners have made to the national effort is not of course a uniquely British trait. But it is a bit of a habit.

I am an immigrant and a grateful one. Both my parents (Polish mother, Greek father) did their bit in the war. I owe pretty much everything to this country: my wife, my children, my grandchildren, my career at the FT, my friends, the sight of bluebells in April in the Chilterns, the sense of being part of a country with a rich past and a vibrant culture.

I came to Britain in the early 1960s. My family were driven out of Egypt by the Suez crisis, so in a sense we were refugees. I wanted to belong. I wanted to fit in. But first I had to get past the doorman standing by the sign that said “Members Only”. It proved harder than I imagined.

For years I felt accepted but not, as many foreigners since Brexit feel, that I quite belonged. You could be a guest at the club but rarely a member.

The Indian Canadian poet Rupi Kaur puts it like this: “They have no idea what it is like to lose home at the risk of never finding home again, have your entire life split between two lands and become the bridge between two countries.”

Dominic Cummings’s artfully crafted Brexit campaign message played into an atavistic sense that immigrants take something from the rest of us. It’s a state of mind as much as anything else, a survival instinct inherited through time.

After more than a decade of punishing austerity — and more to come — it may be an understandable instinct if not one that makes economic sense.

The issue of cost is frequently trotted out. But how much immigrants “cost” depends on where you get your figures and what news outlets you follow. It is extremely hard to quantify. Every time an East European delivery driver pitches up at my door my first thought isn’t how much does he cost me. It’s “thank you”.

We need immigrants. Rich ones, poor ones, highly qualified ones and ones that fix our plumbing and our health. We need immigrants not just to keep the wheels of the economy turning but to survive.

Boris Johnson left hospital after his near-brush with death singling out two nurses — one Portuguese one from New Zealand — who sat by his bed 24/7 in intensive care as he fought for his life. Under pressure from some of his own MPs who threatened a humiliating defeat on a potential Labour amendment and an intense public backlash, the Prime Minister caved in just 24 hours after insisting international health workers had to pay the health surcharge. To give him his due he seems to recognise the value of a tactical retreat on one front when he is besieged on so many others.