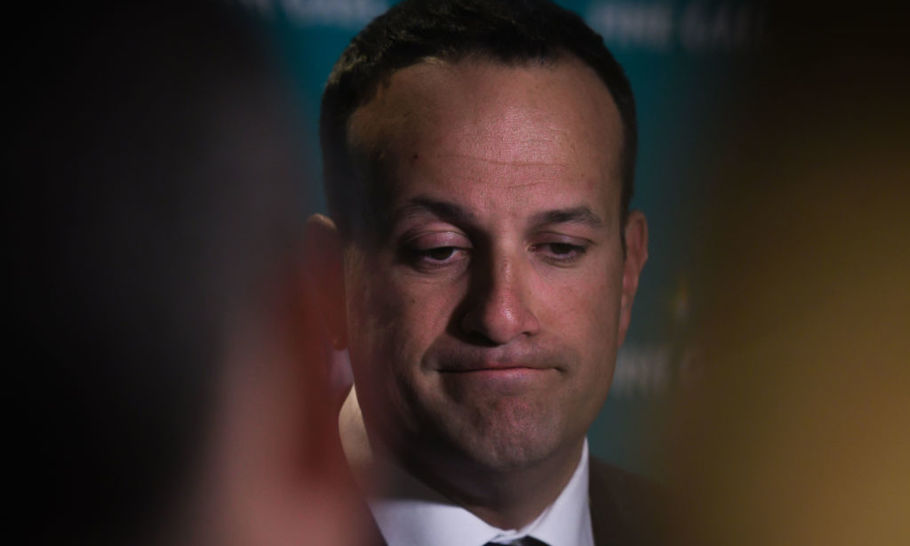 During our honeymoon in Cuba, my wife and I spent a few days in a beach resort, where we endured an excruciating encounter at a meal organised for the hotel’s British guests. As we chatted to a couple from the home counties, the husband embarked on a rambling monologue about the relative merits of people from the Republic of Ireland as against those from Northern Ireland.

The southern Irish, he theorised, are warm, friendly and fun, while the Northern Irish are dour, humourless and aggressive. He concluded his lecture by asking, “so, which part of Ireland are you from?”, as his wife’s face reflected the dawning realisation that her dinner companions were two of the cold, grim, hard-eyed breed of Irish.

I mention this incident, chiefly because it illustrates an affection for the Republic of Ireland that is peculiarly English and rests on a naive assumption that these friendly intentions are reciprocated. It’s easy to understand why this misunderstanding might arise, thanks to the genial blarney that Brits experience on their Irish hols.

Yet, to the British in Northern Ireland, it shows startling ignorance of the brooding grievances that nationalist Ireland continues to nurture toward Britain, and England in particular. The cloying self-pity that blames English imperialism for every problem the country has ever suffered, past and present. The morose oppression complex that led more self-aware Irish commentators to bestow upon their countrymen the tongue-in-cheek acronym MOPE, or Most Oppressed People Ever.

For this reason, the extent of hostility to Brexit from nationalists in Ireland, both north and south of the border, wrong-footed many observers in Britain. It was inevitable that there would be serious concerns about the possible impact on the Republic’s economy. And a degree of hurt, that a neighbour wanted to go its separate way, was understandable.

Perhaps less expected, was the sheer intensity of Ireland’s contempt for the UK’s sovereign right to make a decision on the future of its territory. Then there was the audacity of Leo Varadkar’s plot to hive Northern Ireland off from mainland Britain, by campaigning for an internal UK border down the Irish Sea: an act of aggression that has brought us to the brink of a ‘no-deal’ Brexit that would damage the taoiseach’s country most of all.

Time after time during the negotiations, British good faith has been met with Irish hostility and scarcely a voice in the Republic has been raised in protest or concern. In his piece for TheArticle, Jason Walsh suggests that political rather than economic factors explain Dublin’s uncompromising attitude to Brexit. Broadly, I agree with that thesis. Unionists are appalled by the ‘backstop’ precisely because they know it is more to do with the conceit that Ireland is a single nation than protecting the comparatively small volume of trade that crosses the border.

Varadkar’s Fine Gael government almost certainly has no intention of trying to absorb Northern Ireland into a 32-county Irish state, in the foreseeable future. The financial and social costs for the Republic of Ireland would be far too high. The party might be less aggressive traditionally toward London than its rival, Fianna Fail, but it shares nationalist assumptions that Northern Ireland is not genuinely British and that UK authority there should be curtailed.

Varadkar and his ambitious deputy, Simon Coveney, have promoted a form of all-island nationalism that seeks increasing influence over the province without risking genuine responsibility or the cost of paying the bills. It’s a strategy that encapsulates very neatly the latent, passive-aggressive anti-British sentiment in the Republic that Brexit has exposed. Why not move the colonists’ artificial border to the Irish Sea and force closer political and economic integration between north and south, so long as Northern Ireland remains Westminster’s problem ultimately?

Irish separatists and the Dublin government like to make hazy allusions to the Good Friday Agreement, in order to attack the idea that Ulster can leave the EU on the same terms as the rest of the UK. They never quote any of the deal’s actual contents and they ignore blithely its central tenet, by which the signatories recognise “the legitimacy of whatever choice is freely exercised by a majority of the people of Northern Ireland with regard to its status.”

This is the first of several sections of the document that set out the ‘principle of consent’ and the text goes on to explain that the province’s “status as part of the United Kingdom reflects and relies upon that wish”.

Rather than abide by this principle, nationalist Ireland chose instead to delude itself that the Agreement diluted British power in Ulster and made the border go away. Jason says that “Irish people are well aware of the fact that there are two states in Ireland”, but often their government acts as if it exercises joint authority over Northern Ireland.

Unionists have long wrestled with nationalism’s failure to accept that Northern Ireland’s constitutional status has consequences. If Brexit exploded the lies that nationalists told themselves about the border and UK sovereignty, that should have remained their psychological problem to work through. Instead, the British government is attempting to divide up the United Kingdom with an internal economic border, in a craven attempt to mollify and appease Dublin.