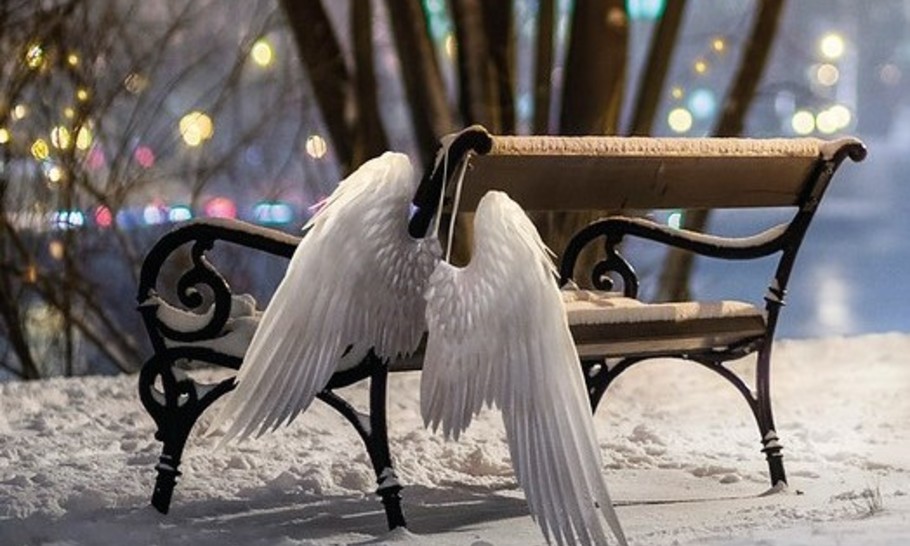 Have you ever wished you’d never been born? Perhaps not, but if you spent your life helping others and found yourself liable to be arrested as a criminal for the careless errors, and even mendacity, of others, you might be tempted. Such is the situation for George in Frank Capra’s film It’s a Wonderful Life. George snaps, and decides to end it all.
Only then does his guardian angel show him how his small town, and the people he loved, would have managed without him. Suddenly George races back to the bridge where he intended to jump into the river, and begs for his life back. The original reality is restored, the local community requites the love he has put into it, and on Christmas Eve happiness reigns supreme.

Such was the movie Capra produced in 1946, loosely based on Charles Dickens’ A Christmas Carol. It failed at the box office, but posterity was much kinder, and it has been number 1 on the American Film Institute’s list of the most inspirational American films of all time. Capra himself revealed that it was his favourite and he screened it for his family every Christmas season.

In December 2016 the American composer Jake Heggie created an operatic adaptation, with a libretto by Gene Scheer. Heggie is an experienced composer (this was his ninth full-scale opera), and after a successful premiere at Houston Grand Opera the new work now appears at the London Coliseum with English National Opera. As a change from traditional opera fare, where directors so often feel a need to create new, and sometimes bizarre, settings, this is a tuneful work that may appeal to the new opera audiences ENO is working so hard to attract. Such audiences need first rate singers, and Danielle de Niese — “opera’s coolest soprano”, according to the New York Times magazine — makes her debut for English National Opera as the angel. She starts off as an “angel second class” needing to earn her wings, and remains a wonderfully benevolent presence throughout. To earn her wings she has to save George’s life.

In Act 1 the music seemed to drag a little, but in Act 2 it opened out under the baton of Nicole Paiement, as we meet the powerful but unscrupulous Henry Potter, superbly sung by American baritone Michael Mayes. Had George jumped from the bridge, Potter would have turned the small town of Bedford Falls to Pottersville, but George survives and lives to look after the people he cares about.

Altogether a fine and straightforward production under the direction of Aletta Collins, with sets by Giles Cadie and costumes of the time by Gabrielle Dalton, beautifully lit by Andreas Fuchs. In producing this new work the ENO are doing exactly what they are meant to do: introducing people to large scale opera, and providing opportunities to singers of diverse backgrounds. They are working hard at this, and with Frederick Ballentine a superbly believable George this mixed race cast gave a clear idea of what America is today.

The final line of the opera— “No matter how your story ends, No one is a failure who has friends” — is sung by the whole cast, and though a bit cheesy should apply to the English National Opera in its current predicament. It is doing exactly what it’s supposed to do, introducing ordinary people to the glories of large scale opera, rather than creating weird modern productions of classics. They deserve to survive the recent devastating attack by Arts Council England, and one can only hope that the aggressive attempts to close down this bastion of people’s opera will not succeed. The ENO badly needs its own guardian angel, and it was sad at the very end to witness the cast and audience unite to sing Auld Lang Syne.