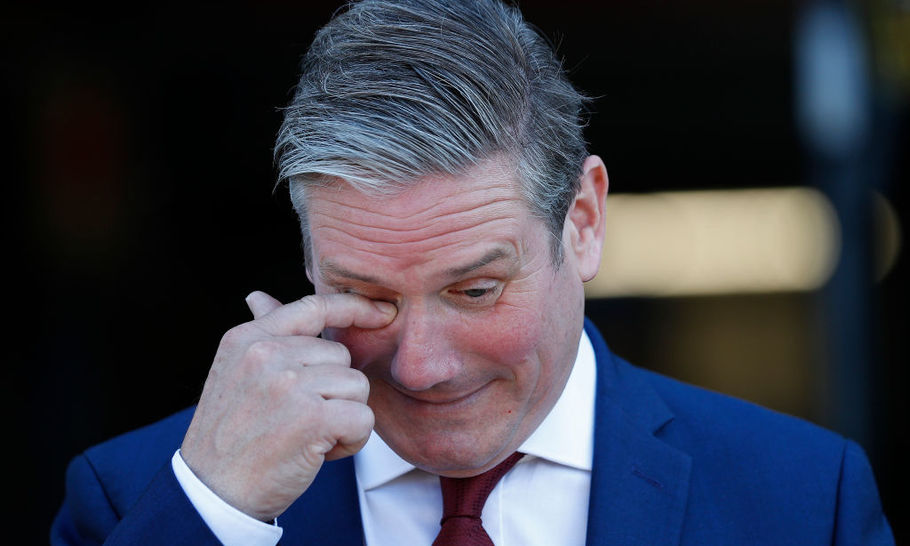 Sir Keir Starmer, will be pleased to see that on the question of who would make a better Prime Minister, YouGov has him on 34 per cent, ahead of Boris Johnson on 32 per cent. But while his party’s rating has improved, Labour is still lagging behind the Conservatives by five points, according to Politico’s poll tracker.

Starmer faces three challenges. He must detoxify the party brand, pull together a credible team, and outline a political philosophy that can provide the basis for a programme for government.

He has made a decent start on the first of those challenges, which is also the most important. The fact the Labour Party, which parades its wokeness as a badge of honour, is subject to an independent investigation by the Equality and Human Rights Commission into anti-Semitism has left many bemused. But the rot started in 2016 with a “whitewash” report into the matter by Shami Chakrabarti — a civil liberties campaigner — and her subsequent elevation to the House of Lords following its publication.

Starmer, who made it clear during the leadership election that anti-Semitism would have no place in the Labour Party, has shown he means business. His sacking of former leadership rival, Rebecca Long-Bailey, after she retweeted an interview with an actress which contained an anti-Semitic trope was decisive.

His move to settle out of court with seven former party workers who exposed the depth of the problem as part of a Panorama documentary is another indication of his determination to rebuild relations with the Jewish community. The action was unsurprisingly condemned by both the former leader, Jeremy Corbyn, and Len McClusky, leader of the Unite union, who considered it an inappropriate use of party finances and has threatened to withhold funding.

The challenge confronting Starmer is similar to that faced by David Cameron in 2005 when he became Conservative Party leader. The Tories had lost three successive elections and the party had tacked to the right under the hapless leadership of William Hague and the even more hapless Iain Duncan Smith (his initials were jokingly said to stand for “In Deep Sh*t”.)

The Tories who have, unlike Labour, always placed power above ideology, had the sense to dump Duncan Smith for caretaker Michael Howard, who fought the 2005 general election and laid a foundation for Mr Cameron, his successor of choice.

After its defeat in 2015 the Labour Party similarly went off to the left under Mr Corbyn’s disastrous leadership, which despite playing well to a cult following of a few hundred thousand, alienated huge numbers of traditional Labour voters, particularly in the North. Far from playing on the political pitch, the Labour Party was not even inside the stadium.

Starmer has changed that. People are willing to listen to him even if they are not quite ready to warm to his party. He has also shown that he is willing to confront the unions in relation to his call for children to return to school in September, which they oppose. The fact that he dared to state his position in an op-ed in the “fascist” Daily Mail prompted vitriolic condemnation from leftists with “Starmer Out” trending on Twitter. This highlights his problem. He faces a situation more like Neil Kinnock in 1983 who had to face down the arch-left Militant tendency rather than Tony Blair in 1994 when he became leader and secured victory three years later.

The second element of the strategy is building a credible team. With just over 200 MPs to choose from and big beasts such as Andy Burnham and David Miliband engaged outside Westminster, the dearth of talent is palpable. The sight of Anneliese Dodds, the Shadow Chancellor, responding to Rishi Sunak’s summer statement in Parliament was akin to watching a club-level golfer take on Tiger Woods in the Ryder Cup.

He would be well-advised to move Ed Miliband to Shadow Chancellor, bring back Hilary Benn as Shadow Foreign Secretary and try and woo Yvette Cooper, the pugilistic highly-effective chair of the Home Affairs select committee, to become Shadow Home Secretary. All three are credible and known. Starmer needs them if he is to avoid appearing as a one-man band.

Then there is the third stage — outlining a coherent philosophy and programme for government. To do this, Labour must first reconnect emotionally with the socially conservative but economically left-wing voters that abandoned it at the last election. How that is balanced without offending the liberal sensibilities of its city-based supporters is tricky.

The architects of New Labour, Tony Blair, Gordon Brown and Peter Mandelson, all understood that elections are won from the centre ground and that, while society had moved towards them socially, on economic policy they needed to allow the market to function, while increasing taxes to fund their vision of public service reform.

Starmer has to craft his own philosophy to suit our current moment. He must force his party to be less ideological and more pragmatic. Given the electoral mountain that Labour has to climb, his best shot at power is the formation of a grand coalition of the left combining the SNP and the Liberal Democrats. But that is for later. At present, his priority must be to appear competent, in contrast to a government that many regard as the very opposite.

Politics in recent years has witnessed a high degree of volatility. That the next election is at least four years away should encourage Starmer. The challenge over that period is to transform his party from one of student protest into a credible alternative government.