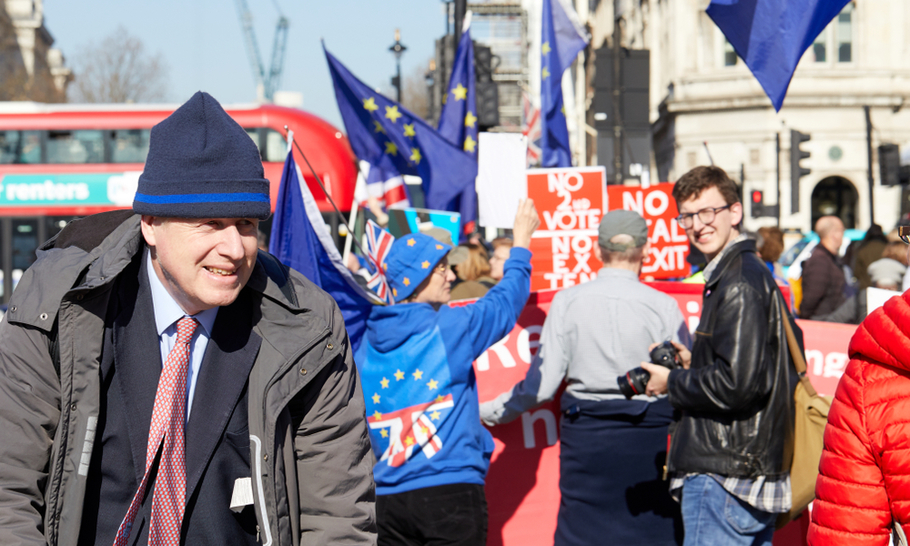 The Conservatives have done in the north of England and the Midlands, what Labour did in the south in 1997. The Tories succeeded, and Labour failed totally, in building a coalition of voters who are economically liberal but socially and culturally conservative. This didn’t just happen in the winter of 2019, as many Labour MPs have acknowledged. The election was the culmination of a longer trend in which Labour has left its base, rather than the other way round. Is this realignment of voters momentary, or not?

The first clear indication will come in the Queen’s speech on Thursday. The government has confirmed it is going to enact commitments to higher NHS spending (an additional £33.9 billion by 2023-24). Other new bills, for example, on law and order, may figure. On Friday, the government will reintroduce and amend the Withdrawal Bill.

The organisation of government is expected to change too, ostensibly to make it more efficient and effective. To this end, briefings have suggested the Department for Exiting the EU will be disbanded, but the Business Department will be strengthened with stronger briefs for international trade (Global Britain trade agreements, including the US), and inward investment to the UK. The Foreign and Commonwealth Office is expected to re-absorb the Department for International Development. There might be a new energy and climate change department.

Most people won’t care much about or notice these changes. But below the radar it matters how the governance system works, and who’s going to be charged with delivering results. Hence the interest in the Cabinet reshuffle talked about early in 2020, and also in the shake-up of the civil service, one of Dominic Cummings’s pet projects.

By February or March next year there will be a budget, which will set out the government’s tax and spending plans. The Conservative manifesto wasn’t especially revealing about its budget plans, in the way that Labour’s caught the eye. The Chancellor, Sajid Javid had already agreed a roughly £13 billion boost to public spending in 2020-21 in October, and the manifesto only looked to raise public current spending, i.e. non-capital spending, by £3 billion in 2023-24. And most of that increase was earmarked for health (excluding social care which did not figure in the manifesto) and education.

That is not a lot if the government wants people to believe that austerity is over. And the so-called tax lock — no increases in income tax, VAT or National Insurance — looks economically ill-judged. These three taxes account for two-thirds of revenues. The Treasury will have to raise revenues from somewhere else if it wants to keep up with current spending levels. The rule the government is following is to balance current spending within three years.

On capital spending, it’s a different story. Some £22 billion has already been allocated to the capital budget and the manifesto talks of £100 billion of additional spending over five years. The bulk of such spending will probably be financed by borrowing. With interest rates so low, few would argue that it is not a propitious time to do so.

Projects will include roads, rail, broadband, the environment, and energy-efficient social housing with, one imagines, a strong northern and Midland bias. If the government comes good on its promises, these will be noticed, create jobs, and improve the quality of life, but the gestation tie for these big projects can be long.

The fiscal intent, so to say, is positive by and large, but as ever it still needs the government to deliver what it promises, and not to be knocked off course by a recession, which is becoming increasingly overdue.

There is no doubt now that the UK will leave the EU at the end of January. The next phase is the attempt to reach a new trade agreement by the end of 2020, the deadline for which is July, at which point both sides must agree whether to extend the transition period beyond December. Since the Johnson government has indicated it will not seek an extension, the window to get a trade agreement is small and closing fast.

This suggests the government is aiming for a very loose agreement, similar to the Canada-EU free trade agreement, but perhaps even less ambitious, focused on trade in goods only, not services, and with little attention paid to the alignment of EU with Brexit Britain’s regulatory standards. In free trade deals, tariffs are the least contentious points for negotiation, which tend to be about non-tariff barriers such as government procurement, environment and health and safety standards, import content, subsidies and state aid, and a host of other rules and regulations.

In the horse-trading, tariffs, quotas and regulatory alignment will all be up in the air. The UK government will be negotiating, knowing it lacks the time to hammer out a full free trade agreement, or put a new immigration system in place by December, as well as the administrative arrangements for the new Northern Ireland customs border. If the EU’s ideas for a trade agreement do not align well with the UK, then November 2020 will arrive with a new cliff-edge, trade deal deadline looming. A crashing out, in other words, on WTO terms — the worst terms of all, save for none at all.

The costs of a crashing out will very likely nullify any positive fiscal effects running through the economy, cause new anguish for car, pharmaceutical and other manufacturers, and a new setback for business more generally. The economic consequences of this hardest of Brexits are not compatible with the political goals the government has set for itself in shoring up and serving its new electoral coalition.

Something will then have to give. Either the economics of Brexit will torpedo the government’s credibility with its new voters, or the government and the EU will simply pull back, and deliver a new fudge. There will be new language and new obfuscation, but it’ll be the extension that dare not speak its name, with, whisper it softly, the status quo persisting a while.

If not, the government’s economic platform for the next election could start to fray within a year.