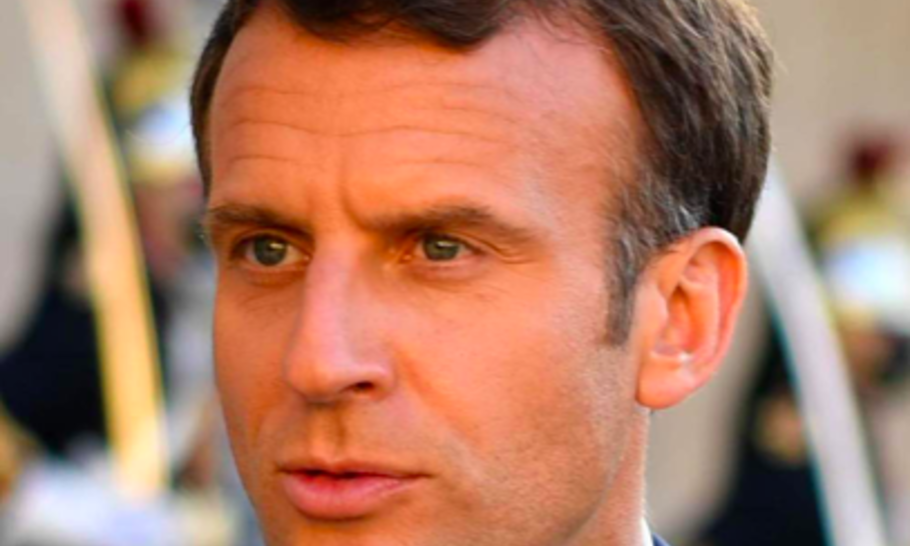 The women in the French presidential contest are having a miserable time. Britain and Germany have each produced two world-class female leaders, but France refuses to take women seriously as politicians. Politics there, as in the days of General de Gaulle, is run for and by men.

Look for example at Marine Le Pen, who has been a fixture in French politics for more than a decade. In 2011 she took over the leadership of the National Front, the populist party created by her father, Jean Marie Le Pen, helping it to become Europe’s most successful hard-Right, anti-immigration, anti-EU movement.

She beat all other mainstream party candidates in 2017 to get into the final run-off with Emmanuel Macron, a banker-technocrat, who had never been elected to anything. She was no match for his debating skills and intellectual mastery of the problems France needed to solve.

Still, she plugged on and on. She changed the party name from National Front to National Rally. This was part of the process of what the French call de-diabolisation (literally, “taking the Devil out”), usually translated as “de-toxifying” her party, which does not quite convey the sense of exorcism which still resonates in a Catholic nation like France.

Alas for her, Éric Zemmour — a new devil, as it were — arose. He is repackaging all the lines about race, immigration, Jews, Pétain, France as a white, Catholic nation, free of any Muslim presence, that Marine’s  Papa had articulated so well over decades, pandering to every French prejudice and hate.

A number of deputies or mayors who have been prominent in the Le Pen party, under père et fille, have now defected to Zemmour. There is talk of Marine Le Pen’s much younger niece, Marine Maréchal (who added Le Pen to her name until 2018, when she was in the National Assembly as one of France’s youngest deputies) preparing a run for the presidency in 2027. Ms Maréchal has links to Trump’s former crony Steve Bannon and to a seemingly bottomless fund of pan-European far-Right financial support.

Now 93, Marine’s father, Jean Marie Le Pen, has emerged from semi-retirement to throw his arm around his daughter. He may be old, but he is not politically stupid and the opinion polls still show Marine Le Pen as the candidate with more support than any other to go into the second round.

That is bad news for Valérie Pécresse, the candidate of Les Républicains, the main centre-right party in France which has produced two presidents, Jacques Chirac and Nicolas Sarkozy, this century.

Mme Pécresse defined herself as “two-thirds Angela Merkel and one-third Margaret Thatcher.” This self-description has not played well in France, where la Dame de Fer’s phrase “there is no such thing as society” fell on deaf ears. Angela Merkel’s shutting down of nuclear power in Germany and opening the door to a million asylum seekers from poor, mainly Muslim, Middle Eastern and African countries shocked the French Right. They believe fervently in nuclear power to safeguard energy sovereignty and would like to shut French borders to practically all immigrants, especially Muslims claiming asylum.

Mme Pécresse has tried to win support from French Catholics by portraying herself as the champion of Christians in the Orient, the object of a new book by Janine de Giovanni: The Vanishing: The Twilight of Christianity in the Middle East. Valérie Pécresse has been once to Armenia and then went on another visit to Nagorno-Karabakh, the contested Armenian enclave in Azerbaijan.

It is far from clear that, other than for some dedicated readers of Figaro — which regularly runs comment pieces bemoaning the slow, ineluctable disappearance of Eastern Christianity — anyone in France much cares or will vote for a presidential candidate on the issue.

The truth is that Mme Pécresse is struggling to define herself against President Macron’s pro-business, pro-startup, pro-European line. He ticks most of the boxes of technocratic centre-Right (“liberal”, in French parlance) politics. He abolished a wealth tax, with France now growing at 7 per cent with the lowest unemployment in 15 years. In Boris Johnson Macron has the good fortune to have an English Prime Minister who loves picking fights with France on every issue under the sun — vaccines, fishing, refugees, or the AUKUS deal, when Australia reneged on a contract to buy French submarines.

Sylvie Bermann, the star French diplomat who was Ambassador in London during the Brexit campaign and its sequels, calls Johnson an “inveterate liar” and the French press enjoy the current Partygate problems Johnson is mired in. Macron can thus profile himself in the best Gaullist manner as standing up against les Anglo-Saxons — always a vote-winner in France. It leaves little room for the Thatcher-fan Valérie Pécresse and hence for her to become the first female French leader since Joan of Arc.

Le Pen and Pécresse run about equal in most polls, with the more Right-wing Le Pen a point or two ahead so far this year. If Mme Pécresse fails to get into the second round, it will be a crisis moment for traditional centre-Right politics in France. But this is nothing compared to the agony of the Socialist Party, whose candidate, the Mayor of Paris, Anne Hildago, languishes below 5 per cent, with other male Leftist candidates, the Corbynesque Jean-Luc Mélenchon and the Green Yannick Jadot, doing much better in the polls. They stand no chance of winning, but these men of the far-Left have already relegated the Socialist woman, Mme Hidalgo, to an also-ran.

Hidalgo has also been stabbed in the front by another woman ex-minister Christiane Taubira, who served in François Hollande’s socialist administration in office as recently as 2017. She came top in a weird so-called people’s primary. All other candidates on the Left-Green spectrum refused to participate, but Mme Taubira’s “victory” has given her some media space and lessened still further the sense that Anne Hidalgo is a serious contender.

In short, the macho men of the Right, Emmanuel Macron and Eric Zemmour, and the equally macho men of the Left, Jean-Luc Mélenchon and Yannick Jadot, have sewn up the presidential contest. They have all but ensured that, despite France having a majority population of women, it will be the men of France who control politics and the state. The women candidates might as well have stayed at home and cooked dinner.