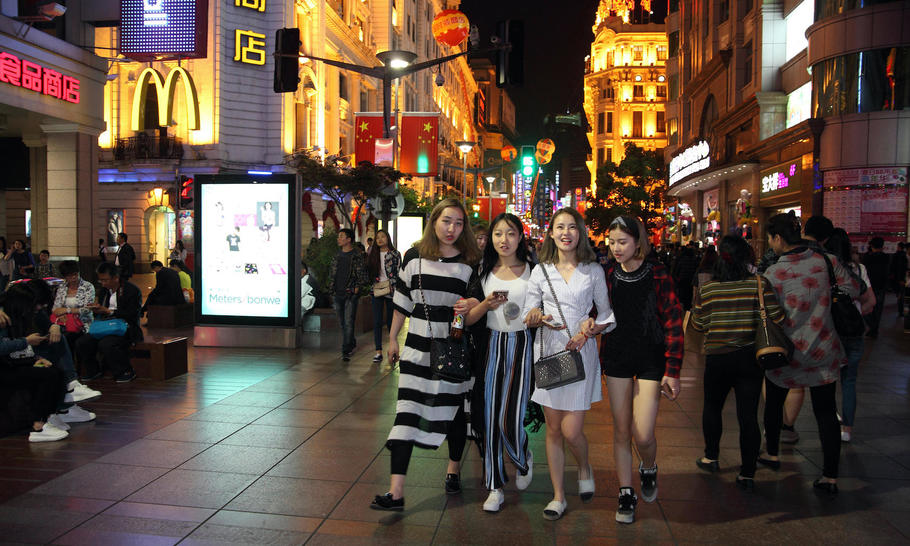 Chinese millennials exercise enormous influence not only on China’s economy but also the global one. The legacy of the one-child policy means that China’s millennials have inherited vastly more money, more pressure to perform, and higher aspirations than any previous generation in China, or comparable millennials elsewhere. Moreover, they were born in an era of unprecedented economic growth, and have lived only in a world of technological advancement, under the fastest sustained expansion of a major economy ever recorded. Thus, most of them exhibit unwavering confidence in their future earning capabilities. This Chinese generation is accustomed to ceaseless improvements in their standards of living. So, because of their scale and influence, they have been identified as one of the world’s key consumer markets.

Given all this, and also the fact that China is now by far the largest emitter of Co2, China’s millennials have unparalleled power to curtail global Co2 emissions . This is especially relevant following President Xi Jinping’s recent – and unprecedented – promises to become carbon neutral by 2060, and to transform China into an eco-civilisation.

So, what are China’s millennial attitudes? And are they adapting?

Mainly due to access to the internet, China’s millennials are more educated than their predecessors when it comes to environmental issues; they are also more apprehensive. In a study carried out by the China Youth Climate Action Network, over 5,000 young people across the country were interviewed to ascertain their views on climate change. Over 84 per cent of those questioned were aware of the gravity of climate change.

There is also prima facie evidence that millennial attitudes towards food and fashion appear to be evolving. In an article about China’s millennials, Jing Daily reports that key influencers and investors, such as Yu Holdings founders Wendy Yu and Veronica Chou, the founder & CEO of Everybody & Everyone, are rigorously promoting sustainable fashion in China. Moreover, the country has committed to reducing meat consumption, and younger consumers particularly are being enticed by the more sustainable, luxurious, and wealth-demonstrative brands. Zhenmeat, Starfield and Z-Rou are just a few of the Chinese retailers who have started producing meat-free alternatives.

Despite this, millennials in China are among the most likely of their generation to travel extensively, order food and fashion online regularly, and consume at unprecedented rates in the world. Whilst older generations in China grew up under Maoism and lived with poverty, barriers to education, and isolationism, China’s millennials have internalised the notion that materialism, travel and luxury are key indicators of success. They also have the means and confidence to consume accordingly.

In China, millennials are the dominant consumer market for food deliveries, ordering in takeaways for breakfast, lunch and dinner to maximise efficiency throughout a busy working day. A report from the delivery firm Meituan showed that those born between 1990 and 2010 account for more than 60 per cent of their customers and more than 70 per cent of their orders. This age group is also heavily dependent on online shopping, ordering games, clothes, tech and household goods at the click of a button: 67 per cent shop online at least once a month. A KPMG survey found that online shopping has effectively become a national pastime in China, especially among millennials, with approximately 77 per cent of respondents picking it as their favourite leisure activity.

The International Council on Clean Transportation published an analysis revealing that Chinese flights emitted 95 million tonnes of Co2, constituting 13 per cent of global aviation emissions. In line with this trend, it is predicted that by 2029 China will have overtaken the US as the world’s largest air passenger market. This rise is largely due to younger generations. Thanks to social media and international educational opportunities, much of China’s young population aspire to travel and study abroad. They expect and are expected to digitally broadcast lives of global variety and experience.

China now boasts the world’s largest fashion market and has long been the biggest fast-fashion producer. According to Mckinsey , 40 per cent of all food in China is now thrown away untouched, 26 million tonnes of clothes and footwear are thrown away every year, and less than one per cent of this is reused or recycled. In a country that makes billions of shirts a year, China’s millennials still stigmatise second-hand clothes, in contrast to their contemporaries in the West. In an interview , Robert Daly, director of the Wilson Center’s Kissinger Institute, explains that Xi Jinping’s sustainability campaign is a “perfectly reasonable effort”, but young Chinese may refuse to engage because they are not used to a life of austerity. They see nothing chic about “vintage” clothes or goods.

Yet in China, as elsewhere, a sense of uneasy, ill-directed guilt has become the zeitgeist of this generation. They are young of body, yet old of mind: free but fearful, educated but overburdened with the worrying prophecies that the technological revolution threw up from the depths of its creation. For many millennials in China, like their counterparts across the US and Europe, climate change is not a fear of immediate death, of imminent starvation, cyclones or floods. It is not a lack of resources or an electricity shortage. It is, rather, a worry for their children, as much an aesthetic as an ethical concern – a fear for the bio-diversity of reefs and the brightness of stars. It is, in other words, it is real but also rather remote.

Digitally savvy as they are, millennials in China know more about the threats that face the planet than any previous generation could. Yet thanks to the hedonistic, highly consumptive, aspiration-driven lifestyles which have been promoted by the West for decades, along with the traumatic legacy of China’s Maoist history, they find it painfully difficult to curtail rates of experiential and material consumption. A dissonance has emerged between the abundant, sheltered, day-to-day realities of Chinese youth – which imply unlimited energy and abundance – and the harsh, inconvenient truth, which is that the natural world is ailing, humanity is threatened by rising temperatures and that their country is now the greatest perpetrator.