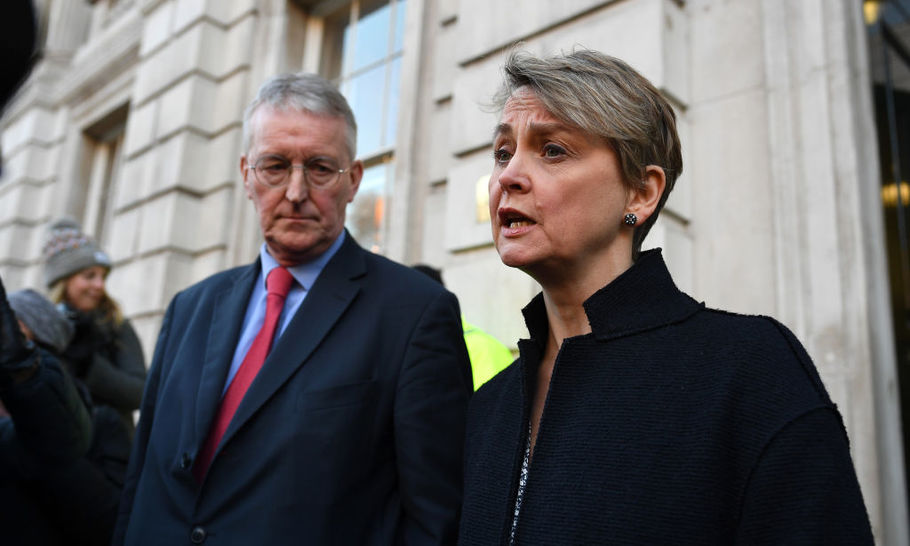 The calamitous defeat of the Withdrawal Agreement in Parliament last week was a show of strength for both Conservative Brexiteers and the opposition parties. But as Theresa May said in the Commons, “It is clear that the House does not support this deal. But tonight’s vote tells us nothing about what it does support.” The scale of the Conservative rebellion means that a snap election would do little to change this impasse. A No Deal Brexit remains the legal default, and a serious risk.

Part of the impasse stem from the inexact position of the Labour Party. The party is a fragile coalition of MPs in Leave-voting constituencies and die-hard Remainers. As such, the front bench has consistently prevaricated on Brexit policy to try and improve Labour’s electoral chances. Jeremy Corbyn still will not commit to a second referendum, despite considerable grassroots pressure. Shadow ministers claim that they would be able to renegotiate the Withdrawal Agreement if they were in power, although the EU has repeatedly said that this will not happen.

While Theresa May has signalled her intention to try to win over Conservative rebels and the DUP by attempting to renegotiate the backstop, another way out of the parliamentary deadlock has recently gained more exposure in the corridors of Westminster: the so-called “Norway+ option.” This would involve the UK joining the European Free Trade Association (EFTA) alongside Norway, Iceland, Liechtenstein, and Switzerland. EFTA countries take part in the EEA single market, but are not in a customs union with the EU. However, under Norway+, the UK would remain in a customs union on either a temporary or a permanent basis in order to prevent a hard border on the island of Ireland.

There could be some procedural issues with this. Those promoting EFTA membership are assuming that other EFTA states would accept the UK’s application for membership, something that is by no means guaranteed. Furthermore, the business of Parliament is at this stage still led by the executive, unless the Commons manages to assume control in the coming weeks – a policy promoted by the MPs Dominic Grieve and Yvette Cooper.

Yet a growing number have begun to support the Norway+ plan. The plan is led primarily by Conservative MP Nick Boles, and has received open support from a small number of Labour MPs, notably Stephen Kinnock, Lucy Powell, and Hilary Benn. It is true that most of the Labour Party has so far declined to support the plan; many of those who previously favoured a Norway-style Brexit have since gone on to back a second referendum.  But if MPs want to avoid No Deal, a majority must be found for something. And as Stephen Bush has recently pointed out , while Norway+ is not the preferred option for many MPs, it may be the only one that has any chance of securing majority support.

There are, in fact, a number of reasons why a Norway+ Brexit could prove attractive to Labour. For one thing, it ensures frictionless trade with the EU, something Labour has repeatedly argued in favour of. Treasury forecasts have suggested that continued membership of the single market and the customs union would be the most beneficial economic path besides staying in the EU. Customs union membership, moreover, would mean the maintenance of the environmental, consumer, and labour protections that the party has stated it wishes to preserve. It would also prevent a hard border between Ireland and Northern Ireland.

Moreover, the Norway+ option delivers on the referendum result by taking us out of the EU. The UK would be out of the Common Fisheries Policy and Common Agricultural Policy, and no longer under the direct control of the European Court of Justice. It would no longer take part in the EU’s political institutions. This would provide leverage to Labour MPs in Leave-voting constituencies concerned about their electoral chances. Furthermore, while Norway+ would require cross-party support in the Commons, support from Labour would allow the party to “own” Brexit, marginalising the disruptive voices of Tory Brexiteers.

There are, of course, a number of potential issues with this Brexit scenario. Membership of the EEA would mean continued free movement of people, a significant concession that will enrage many Brexiteers. However, EFTA countries have the ability to apply an “emergency brake” to free movement in the event of “serious economic, societal or environmental difficulties.” While EFTA membership would not provide full control over EEA migration, it would nevertheless offer a greater degree of control than we currently possess.

Recent research , moreover, has suggested that immigration has become a much less controversial political issue since the referendum, with hostile attitudes to immigrants declining markedly. In addition, it should not be forgotten that free movement of people works both ways. Labour MPs concerned about the ability of their constituents to freely live and work on the continent should be satisfied with Norway+. An “end to free movement of people” may well be Theresa May’s red line, but it does not have to be Labour’s.

The objection has been raised by Labour MPs such as Mike Gapes that joining EFTA would leave the UK a rule-taker, subject to EU laws that it would have no say in making. This could be seen as a central weakness, but in reality, the UK would have a considerable amount of levity in implementing single market legislation . The EFTA court implements ECJ legislation as a rule, but not in every case; it has its own powers and ability to derogate. Furthermore, as already discussed, the UK will be free to form its own regulation on fishing, agriculture, taxation, and other areas.

A final area of opposition among Labour MPs concerns those who would far rather stay in the EU, and are willing to support a People’s Vote in order to achieve this. But this is deeply problematic. The executive and most of the Commons are strongly against it, and a second vote could have a number of negative consequences for Labour MPs in Leave-voting constituencies. Recent polling of Labour members has suggested that Norway+ is considered to be the second-best option compared to staying in. It could well prove a workable compromise.

A different argument against Norway+ has been made by Oliver Eagleton in an article published yesterday. Eagleton argues that those on the Left should see Brexit as an “opportunity” rather than “a catastrophe which we must soften.” He critiques the EU’s capitalist policies and contends that Norway+ would “restrict the capacity of a Labour government to break with free market economics.” However, he fails to demonstrate how any of these objections help to break the deadlock in Parliament. His Eurosceptic views do not reflect those of most Labour MPs, and the logical conclusion of his argument is a No Deal Brexit – something most MPs believe would be a disaster.

Norway+ is a compromise between Leave and Remain, and MPs on all sides will find problems with it. But that is the nature of compromise. Moreover, what is the alternative? While the vast majority of Labour MPs are against No Deal, over the next few weeks they will have to decide what they are for. Norway+ may well be their best bet.