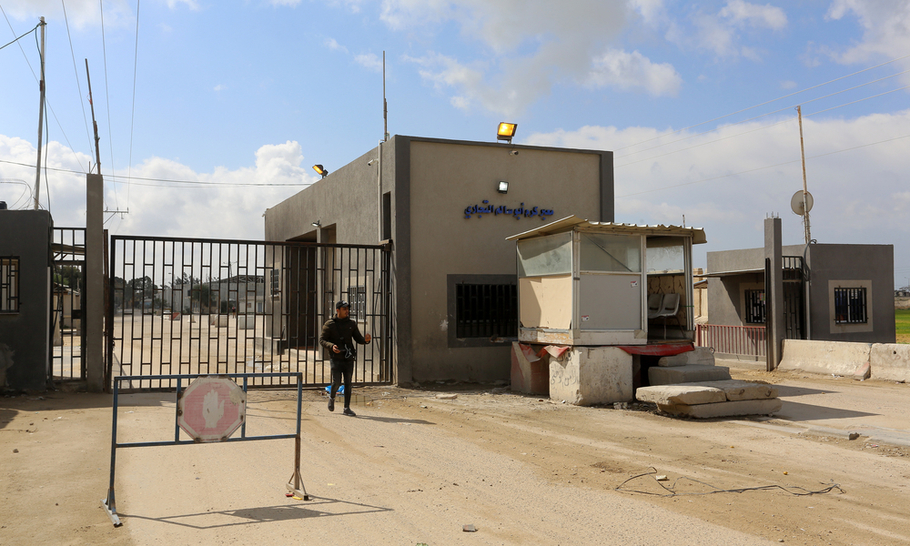 In Israel and Palestine, there is often little room for conversation about anything other than the territorial dispute. But viruses do not care for borders.

From South East Asia to Europe, we are witnessing the speed at which an illness can spread due to international travel. But in the Palestinian Territories, the coexistence of an infectious disease, with a system of occupation, is particularly alarming.

The number of cases of the virus in the Middle East and Mediterranean region has increased in the last week, leading Israel to amp up its preventive measures. On February 26, the Health Ministry urged Israeli citizens to avoid all international travel, sparking criticism from national airline companies.

On February 28, the second case of coronavirus in Israel was confirmed. Like other countries, the Israeli government has recommended quarantine for people returning from Italy and China. In addition, it has warned those who had been in contact with a recent group of South Korean visitors, who tested positive for coronavirus after returning home from a trip to Israel and the occupied territories.

On the other side of the border, Palestine is still coronavirus-free, but the Palestinian Ministry of Health has been trying to shut down rumours of an outbreak in the West Bank. After setting up a quarantine area near Jericho, for Palestinians returning from China, misinformation sparked panic among residents of the city.

The increasing number of confirmed cases in the Holy Land is as problematic for Palestine as it is for Israel, yet residents of the former face many obstacles in their access to healthcare, which may put a greater number of lives at risk.

A key issue is to do with access to infrastructure and transportation. The Israeli military controls much of the roads in the West Bank, specifically those that give access to East Jerusalem. The military also supervises the movement of Palestinian citizens through a network of checkpoints and a complicated permit system. Highways have been carved in the West Bank for Israeli use only, to connect Israel to its many illegal settlements in the Palestinian territories. This reality makes it more difficult, and costly, for Palestinians to go from point A to point B.

In the event of a virus outbreak, the consequences could be severe.

In the south, Israel also controls the Gaza frontiers, both land and sea. The Erez and Kerem Shalom (pictured) checkpoints reopened on February 26, for humanitarian and commercial goods, after Israel had closed them in response to rocket attacks by Hamas. However, the blockade will resume the moment Israel sees any threat to its national security.

This control of movement and severe import restrictions and trade impediments raise costs for Palestinian industries, including the healthcare system.

In May 2019, the World Health Organisation released a report on the health conditions in the occupied territories, including East Jerusalem and the occupied Syrian Golan region. The report states that “The different statuses accorded by Israel to Palestinians living in different areas of the occupied Palestinian territory permit them differential access to health services and different levels of free movement.”

What then can be expected for Palestinians in the not-so-unlikely event of a coronavirus outbreak across the Holy Land?

In Gaza, tight security control over land borders means that the arrival of vital medical supplies through the checkpoint could be suspended at any moment. However, the fact that Palestinian citizens are, at present, not allowed to cross from the West Bank to Gaza limits the risk of the disease spreading to the Mediterranean enclave.

In the West Bank, severe congestion and delays at checkpoints would mean that people who are infected will be delayed in reaching hospitals or clinics. Less incentive to be hospitalised means that people will stay in their communities, increasing the risk of transmission.

In a divided city like Jerusalem, structural inequalities with regards to health care are especially poignant, and would only be exacerbated in the event of a covid-19 outbreak.

The East Jerusalem Hospital Network (EJHN) — the main providers for tertiary healthcare for persons referred by the Palestinian Ministry of Health — has repeatedly complained about the impact of movement restrictions on its activities. It compromises staff and ambulances’ time-sensitive access to the six member hospitals.

Then there is the question of refugees. As of February 2019, UNRWA listed nearly 850,000 registered refugees in the West Bank, and over 1,420,000 in the Gaza Strip. The Shuafat refugee camp in East Jerusalem is home to 20,000 Palestinians, whose access to decent health care is limited. Available treatment and medical centres in the camp operate within a tangled system of government organisations and international aid, whose funding is uncertain.

At the moment, the spread of the coronavirus in the Palestinian Territories is contained. But, if the current state of the healthcare system for Palestinians living under Israeli occupation is an indication of what is to be expected, there is little hope for containment.