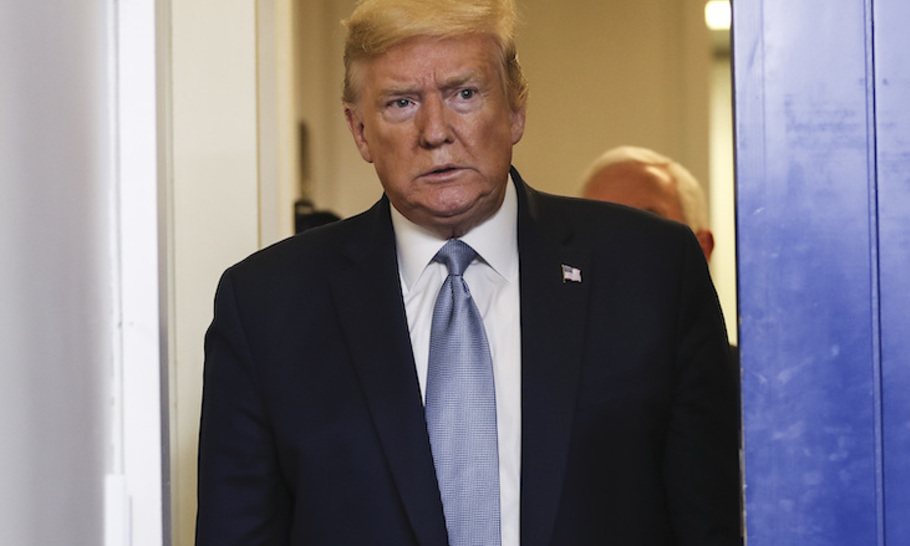 If Amazon or the pharmacies of Manhattan are any guide, buying a thermometer in America has become tricky, expensive or both — the Braun thermometer  for which I paid some $60 shortly after the birth of our one-year-old was available online over the weekend for a modest $359.97. In confronting an epidemic data is, if not necessarily the first line of defence, very close behind it.  Yet when it comes to testing for Covid-19, the US has been a laggard. On some estimates, fewer than 20,000 Americans had been tested by March 11. That’s around 23 per million, compared with a rate of 347 people per million in the UK.

This fiasco owes a great deal to that mix of inflexibility and bossiness that is a characteristic of American bureaucracy whoever occupies the White House. Nevertheless, in the event of catastrophe, voters in November won’t dig too deeply into the reasons for the slow start. Instead they will blame the man presiding over the system that bungled so badly. Human nature is what it is, and the Democrats’ campaign will be what it will be.

This should not surprise Donald Trump. On Friday — no Harry Truman he — the President rejected any “responsibility” for failings over the tests, a stance as undignified as, politically speaking, it was unrealistic, something the Trump who tweeted this in November 2013 would have understood:

Unfortunately for the President, his own performance has made him much easier to blame. With the striking exception of his early, praiseworthy, and (once) much-criticised restrictions on travel from China, he has, until very recently, done his best to talk down the threat posed by Covid-19, frequently to an absurd degree.

Worrying about the damage that would be caused by a panicked overreaction, not least to the broader economy (something, incidentally, that could also have negative medical consequences with so many Americans relying on their employer to fund their healthcare) is entirely reasonable. And the fact that keeping the economy in decent shape is the best chance that Trump has of securing his reelection is no basis for dismissing it as a legitimate policy objective. The problem lies in the language that he has used in his efforts to calm Americans, a mishmash of misstatement, exaggeration and bravado (some of which, alarmingly, he may even believe) that has simultaneously created complacency among some, while increasing the unease that many others feel, not only about Covid-19, but about the competence of those in charge of the country’s response to it. For a President who sells himself as a strong executive, this won’t be helpful in November.

Even after his declaration on Friday of a national emergency (which will yield up to $50 billion in federal relief) and the welcome announcement of deeper co-operation with the private sector to speed up testing, the President found a way to strike a false note. The battered and bipolar stockmarket rallied strongly after he declared the emergency, closing up over nine per cent. According to CNN, Trump then sent some of his supporters signed copies of a chart illustrating the Dow Jones’ jump. It’s no secret that the President, always a somewhat paradoxical blue-collar champion, regards the strength of the stockmarket as a key indicator of how his administration is doing, but as gestures go, this seemed both jarring and (as Wall Street made all too clear on Monday) dangerously premature.

As the murkily attributed saying (more or less) goes, Americans do the right thing when they have exhausted every other possibility. In this case, however, initiatives in the private sector and at the state level, as well as marked changes in individual behaviour, have already started to edge the country in the right direction. With the federal government now showing clear signs that it is trying to catch up, it may be that that this virus can be managed, even if the measures being taken to combat it ensure that significant economic collateral damage is now unavoidable — and that’s before taking account of the direct costs of the epidemic itself.

Making predictions about elections in which Donald Trump is running is, as I discovered in 2016, a mug’s game, but if the Democrats can credibly, if disingenuously, promise some sort of return to “normality” — and with Joe Biden as an apprentice El Cid of the centre-left, they might well get away with it — the President will almost certainly be in for a very rough time in November, unless even middle-of-the-road projections about Covid-19’s toll are wildly overblown. If they are not, Trump’s best approach will be to assume the mantle of a “war leader”. That is going to take gravitas. A tweet on Sunday referring to Hillary Clinton’s emails was not a good start.

Even if it should turn out that the virus is less malign than expected (something, such is the partisan divide in the US, that would, if recent polling is to be believed, surprise fewer Republicans than Democrats), it won’t be evident for some months, months of anxiety, disruption and lost jobs. This will not be forgotten by November. Making matters worse for Trump is that the anxiety will have been focused on healthcare and (with schools closed) childcare, topics that do not favour the GOP. And that’s the best-case scenario for the Republicans. If, on the other hand, the epidemic is anything like as bad as some are now suggesting and Trump does not raise his game to currently unimaginable levels, well…

Best guess: Joe Biden will be stumbling into the White House in January.