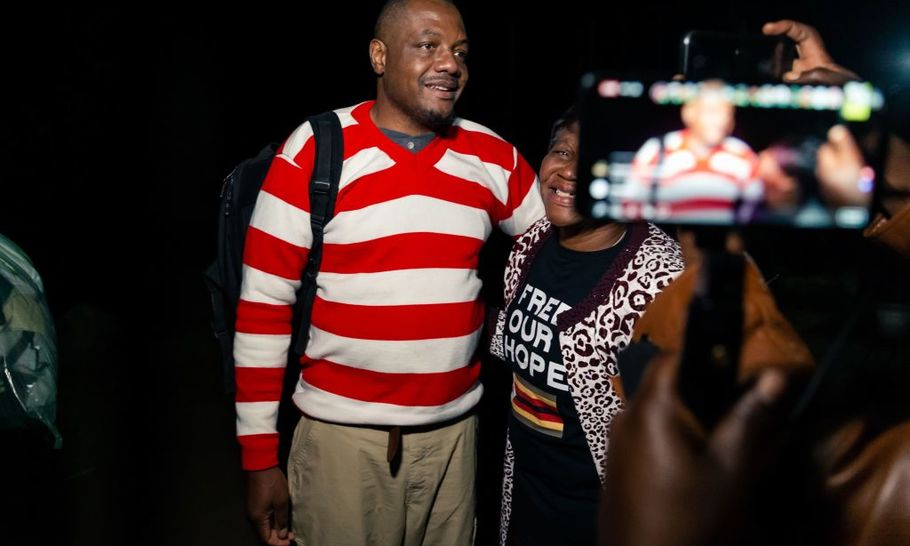 In Zimbabwe, a journalist has been on pre-trial detention at a maximum security prison since July 20 for exposing a $60 million government Covid-19 scandal, which as already led to the sacking of the country’s Health minister.

Meanwhile, the wholesale looting of South Africa’s R5 billion ($297m) Covid-19 fund by a small clique of politically connected “tenderpreneurs” has caused outrage. “It is disgraceful,” South African President Cyril Ramaphosa said on Monday, as he directed governing African National Congress (ANC) members linked to the looting spree to step down from all leadership positions.

In Zimbabwe, the former Health minister Obadiah Moyo is out on bail for his role in awarding a $60 million Covid-19 tender to a shell company called Drax International, without going to tender. The journalist who uncovered this deal, Hopewell Chin’ono (pictured above), spent weeks in detention for exposing what amounts to high-level corruption involving funds that were meant to help Zimbabweans fight Covid-19.

Chin’ono has been released, but now faces charges of inciting violence for allegedly calling for protests against corruption. He is also accused of participating in plans for an anti-government demonstration scheduled for July 31 this year. If convicted he faces up to ten years in jail.

The Drax scandal that sucked in President Emmerson Mnangagwa’s family and the Presidency is just a tip of a huge Covid-19 corruption iceberg. The scandal has become especially sensitive for Mnangagwa, as it has implicated his son Collins as well as Mnangagwa’s bodyguard Valdano Brown, who has been linked to Drax International.

“Allegations of non-procedural behaviour by government officials in the acquisition of medical equipment are worrisome,” the EU mission in Zimbabwe commented about the Drax scandal. “The cost of corruption is high, even more so amid a crisis like the Covid-19 pandemic.”

Zimbabwean ruling Zanu PF legislators, senators, ministers and their children are known to be doing business with the state, which is a clear violation of established ethical standards. Procurement procedures have been particularly subject to violation. Substandard equipment is being grossly inflated in price — it emerged that Drax has been charging the government $28 for disposable masks that local suppliers are selling for $4. Large amounts of equipment donated to help fight Covid is being sold off to the private sector or smuggled across borders to be sold off.

South Africa has over 618,286 Covid cases, which makes it the world’s fifth worst affected country and the worst on the African continent. The graft allegations in South Africa concern the looting of funds intended for the manufacture of face masks, the distribution of food parcels and the operation of awareness campaigns. The government pays the money for these goods and services — but then nothing happens. The money simply disappears.

One recent scandal involved the award of a $142,000 tender to supply personal protection equipment to the Eastern Cape Province’s health department. The only problem was that the man who had won the contract was dead. A bar, a bakery and a car washing firm are some of the other surprise winners of government tendering contracts.

The taxman is investing as much as 300 companies that have been awarded questionable government contracts related to Covid-19. “It’s all kinds of shenanigans that they play,” said Edward Kieswetter, Commissioner of the South African revenue. “They have outstanding tax returns. They file fraudulent or incorrect returns. They obtain tax certificates by fiddling the system, and they are not registered for VAT.”.

On 27 August 2020, Ramaphosa told Parliament he has authorised the Special Investigating Unit (SIU) to probe allegations of looting in the procurement of goods and services “for our country’s response to the coronavirus pandemic.”

The Covid-19 pandemic has proved to be a very convenient tool for massive looting by people in government and the ruling Zanu PF and ANC in a way that is unprecedented.

Meanwhile, hundreds have lost their lives and potentially thousands more will die as the pandemic continues.